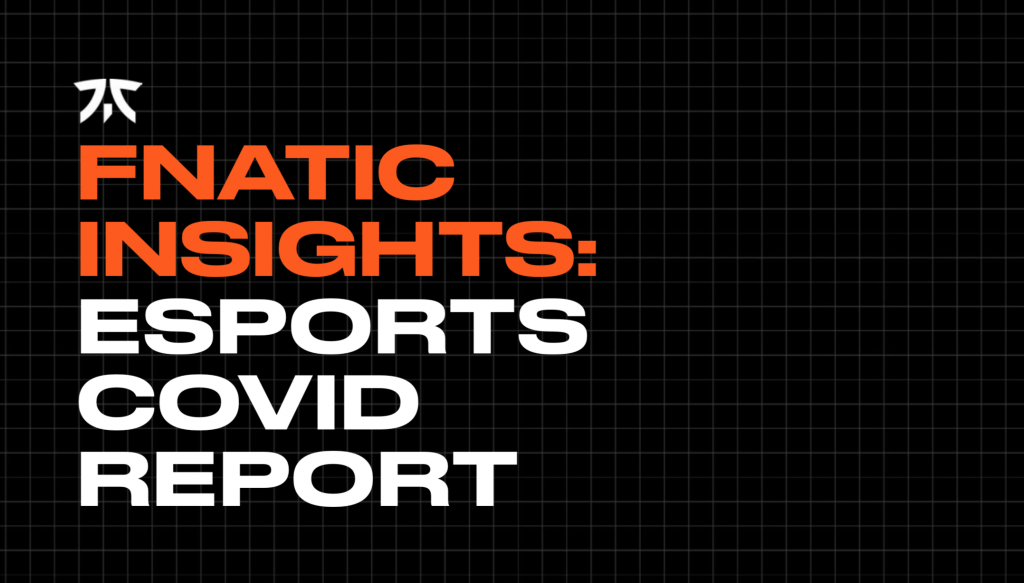 “The Pandemic Has Highlighted The Importance Of Digital Streaming Platforms And Resulted In A Tremendous Boost For Twitch” – Sam Mathews, Fnatic CEO

Global esports performance brand, Fnatic recently released its latest industry report, which details the effects Covid-19 has had on the industry, specifically focusing on some key broadcasting trends. Throughout the challenging period, esports had become the only version of sport available, while traditional sports could not occur. Fnatic has delved deeper on some of the main changes, while proving the resilience of the industry. We took a look at the knock-on effects to viewership from a section of the report and asked Fnatic CEO Sam Mathews for some of his thoughts.

Effects On Viewership In Esports

Interestingly, Fnatic themselves were the most-watched esports team between the beginning of March until the end of June in games covering CS:GO, Dota2, LoL and RainbowSix, according to Esports Charts, with a whopping 27.2 million hours watched by fans.

So what has Fnatic has experienced in terms of changes to Esports and its viewership in recent months?

Sam Mathews, Founder and CEO of Fnatic: “With the absence of traditional sports throughout the early months of the pandemic, we noticed consumers and media had shifted their focus to esports, which resulted in a significant increase in viewership across the industry. Given Fnatic was the most-watched team during the peak of the pandemic, we increased our projected forecast for 2020 by 50%.”

In turn, Fnatic’s peak concurrent users maxed out at 887,000, while competitor G2 Esports led the way with a peak CCU of one million and taking second place on overall hours viewed at 26.1 million.

Is Twitch The Answer?

The report asks if Twitch has solved esports’ broadcasting issues, with more than two-thirds of people watching esports during the second quarter of 2020 doing so via the streaming site, over YouTube Gaming, Facebook and Mixer.

Yes, you read that correctly. Twitch held 67.6% of the total hours of esports viewed between those four platforms, an extremely dominant share of the market. This suggests YouTube Gaming (20%), Facebook (11%) have a huge amount of catching up to do if they are to compete with the dominance of the Amazon-owned site.

What journey has Esports viewership taken to get to this point?

“While esports viewership has gradually increased over the past few years, Covid-19 has accelerated it into a mainstream phenomenon with more people tuning in for their at-home entertainment. The pandemic has highlighted the importance of digital streaming platforms and has resulted in a tremendous boost for Twitch, which surpassed 3 billion watch hours in a quarter for the first time,” says Sam.

“We found that the average concurrent viewership on Twitch increased (MOM) by 16% from February to March 2020, and then again by 55% into April. These numbers build on Twitch’s explosive growth as a streaming platform over recent years, with watched minutes roughly doubling from 2017 to 2019, and up nearly 32% YoY.”

This was followed by an announcement by Microsoft in late June, that it would be closing the Mixer platform and transferring all partners to Facebook gaming, meaning there are 5 million channels that must move to one of the other three major platforms.

Data in the report from Streamlabs says: “Facebook Gaming reached 822 million hours watched on the platform, tripling its numbers year-over-year,” and comments that the number of unique channels on Facebook Gaming increased 55% from the previous quarter.

It adds: “VALORANT was the most-watched game on Twitch in a single quarter with 534 million hours, beating Fortnite which peaked at 399 million hours in Q2 of 2018.”

What is to come?

With the future of esports appearing a strong one, it seems likely that, similarly to the traditional broadcasting world itself developed, there will be new challengers who attempt to enter the streaming landscape for esports in the coming years.

Do you anticipate more challengers to Twitch coming in recent years, or will the monopolisation of Esports broadcasting remain?

Sam says: “As the esports industry ranks among the world’s fastest-growing forms of entertainment, we do anticipate more players to enter the streaming business, and we obviously welcome and encourage new entrants that will help advance the industry.

“However, this will be a tremendous challenge for anyone who attempts to do so, especially being up against Amazon, Facebook and YouTube, who have a great deal of backing behind them. People who could enter and pose an interesting challenge to the landscape, would be the likes of Disney/ESPN or Netflix, which both have significant consumer bases and digital platforms to distribute content at scale.”

For now, however, this latest report from Fnatic appears to show Twitch has a tight stranglehold on the market, and won’t be letting go of it anytime soon…

The full report covers the effects on esports for the industry over the past few months, including events and the economic impact. Other sections also include the effects on publishers, how viewership was affected and the role esports has played for traditional sports during this time.