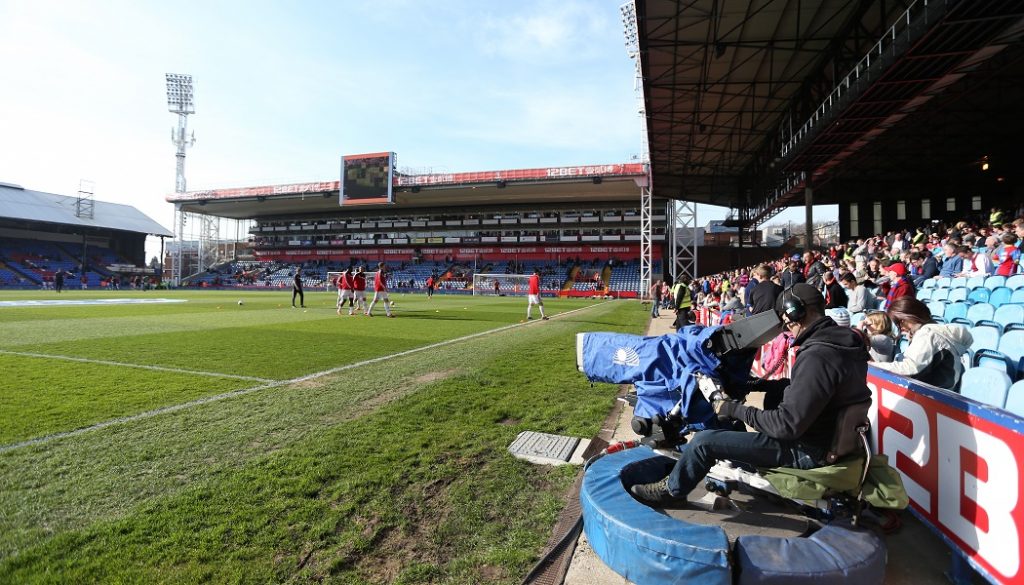 Internet media has gone crazy for sports media rights in recent years. But, unbridled as they are, CCTV 5 – the sports channel of the Chinese national TV station CCTV – is still the most dominant force in the Chinese media market.

According to cn.Motorsport.com, Formula 1 (F1) is trying their best to negotiate with CCTV and bring F1 Season 2018 back to CCTV5.

CCTV5 used to be the most important platform for F1 in China. However, after the 2012 season, CCTV5 backed out. Local TV station channels like Shanghai and Guangdong took over the F1 media rights of both live broadcast and recorded broadcast.

In 2014, LeSports, a Chinese internet giant who was then expanding its global sports streaming service, became the exclusive digital broadcaster of F1. However, LeSports is now in deep water itself, therefore, F1 is badly in need of a new broadcaster in China.

In fact, according to relevant sources, F1 is not the only sports event trying to reunite with CCTV5, with a set of top football rights in the process of coming back to CCTV5.

A few months ago, CBA company, the operator of the Chinese Baseball Association, signed a ten-year contract of TV broadcasting rights with CCTV. CCTV has come to the spotlight right at the threshold of 2018, the year of the Winter Olympics and football World Cup.

In December 2017, CCTV held an advertising resources distribution news conference for the 2018 World Cup in Beijing. During the conference, CCTV made it loud and clear that it would never license the World Cup broadcasting right to other media companies. World Cup is seen as the jewel in the crown by Chinese broadcasters.

Before this conference, CCTV had settled the exclusive media rights of 2018 and 2022 World Cups in China. CCTV has always been possessive of the World Cup.

At the 2014 World Cup in Brazil, CCTV only sent out packages with limited recorded content to a few sections of the digital media. At the 2016 European Championships in France, however, CCTV didn’t even share one single video clip.

And it’s still unknown whether CCTV will distribute their resources of the 2018 World Cup in Russia with the digital media. But it’s definitely clear that CCTV won’t back out on their cash cow, the World Cup.

Starting from 2014, more money has been injected into Chinese sports industry. Digital media suddenly all swooped on sports resources. Tencent took away NBA, and LaLiga bounded with Suning, but they were dwarfed by CSM’s (China Sports Media) jaw-dropping 8 billion RMB deal for the CSL (Chinese Super League).

CCTV was facing another serious problem – losing its most famous sports commentators. They went their separate ways to those competitors. The good times seemed to be behind CCTV 5.

CCTV tried to fight back with exclusive control of the 2016 European Championships. But you can’t expect the quadrennial event to overturn the situation.

However, the year of 2017 is now the tipping point as the situation started changing or cooling. LeSports is falling apart because of their drained capital flow, while Tencent and Suning ceased fire after they each claimed their own slice of territory. It’s time for CCTV to come back.

Everything went smoothly. CCTV took the next two World Cups from FIFA and Infornt. And straight after that, it landed a ten-year contract from CBA company. It’s hardly a surprise that all the sports resources are coming back to CCTV。

As a matter of fact, it’s an unwritten rule – and even a politically right gesture – to prioritise CCTV5 in China’s sports right market.

However, in the past few years, digital media company, either unconsciously or deliberately, ignored this ‘norm’. And they’ve paid their price.

Take LeSports as an example. When LeSports was the right holder and broadcaster of AFC Champions League series matches, they ousted CCTV as the potential contractor. CCTV wasn’t allowed to broadcast even one of the AFC matches.

This action was regarded as a bold defiance to the ‘majesty’. In the end, LeSports lost the AFC games. Although they kind of brought it on themselves, their poor relationship with CCTV was also to blame.

CSM took over AFC games from LeSports and their handling with CCTV was impeccable.

In the news release, AFC said as follows, “China Sports Media promises to cooperate with CCTV5 and other broadcasters in next few years expand the coverage of the AFC’s football club and national games”.

It was not just a simple news release under that scenario. It was so obviously implicated that it was CCTV5 that made AFC capable of covering the Chinese audience. In another word, LeSports has made a bad impact on the coverage by exiling CCTV5.

AFC matches had long been a most essential resource for LeSport. Losing it tipped off the collapse of LeSport. Lei Zhenjian, CEO of LeSports, also admitted that the incident deflated the ‘morale’ of LeSports badly.

Under the current landscape, the right holders need to make friends with CCTV, not confront it, because CCTV5 is still the strongest sports media platform in China.

Zhao Guochen, the managing director of Tencent Sports, made an analogy before. He believes the media is the fortress of the sports industry in that the content has to get past the fortress to reach its target audience.

Obviously, CCTV 5 is the most strategically-important fortress. CCTV5 can cover as much as 95% of the Chinese audience since its content is free. For those sports associations who wants to expand their influence, coverage would become their primary factor of consideration, even before profits.

Moreover, with the support from government, CCTV will be the rights holder of the Olympics and football World Cup for a long period of time. This will further stamp down the authority of CCTV5.

Also, sponsorship revenue is one of the most important revenues for those sports associations and organisations. Their appearance on CCTV5 will represent a big leverage in their negotiation with sponsors and advertisers. Therefore, lots of rights holders are trying all they can to bring their content to CCTV5, even at a higher price.

What’s more, CCTV can always present a high-standard product. The quality is one of the many reasons that convinced and continues to convince rights holders.

Although things could be a little irrational in the past few years, more digital media platforms did accelerate the commercialisation of the Chinese sports market, leading to a more open, segmented and competitive environment.

Many sports resources that used to be ignored came back to life on digital media, those devalued were re-evaluated, and the rights holders finally made more profits in the new era of sports broadcasting.

However, it does not necessarily mean the old powerhouse, the television, will vanish. CCTV will have a sizeable say in the Chinese sports industry for the foreseeable future.