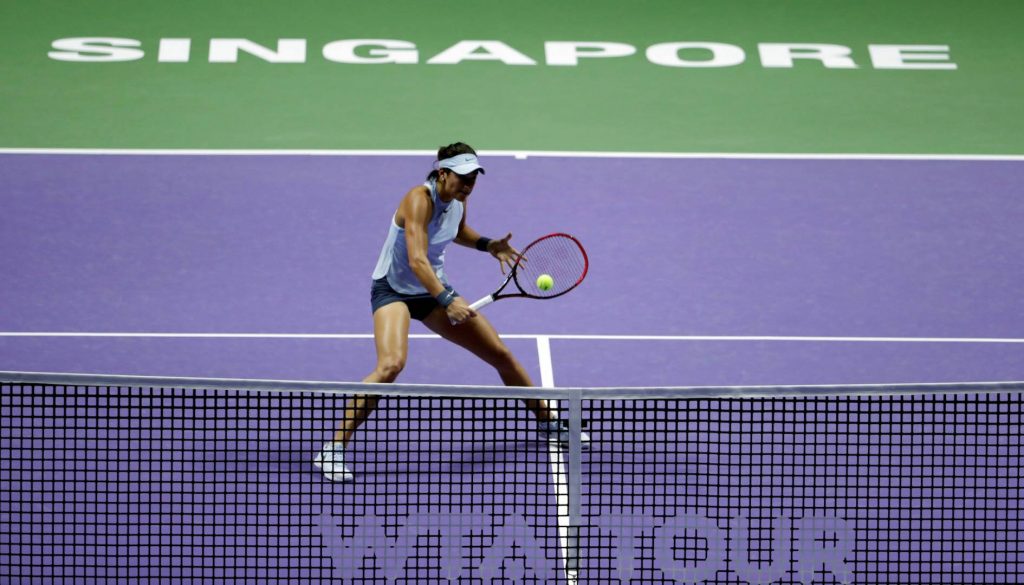 Telstra’s innovative NetCam technology will be deployed at the 2017 BNP Paribas WTA Finals Singapore presented by SC Global, with the technology providing audiences with never before the broadcast vision of the tournament.

Commissioned in partnership with Perform Group for the WTA Finals, Telstra’s NetCam will be deployed on each side of the tennis net to deliver audiences with an unprecedented panorama of the court during competition.

In addition to improving the fan viewer-experience, the miniature camera technology will also provide players and officials with a unique and live net’s eye view of the on-court action.

Trevor Boal, head of Telstra Broadcast Services said: “Telstra’s NetCam will be a game-changer in delivering a more immersive broadcast experience for tennis fans around the world. Broadcasting vision from Telstra’s NetCam at the WTA Finals will be a world first, with the innovative technology never before used in a competition finals environment.”

The #WTAfinals is in full swing and we’re ensuring a stellar delivery from Singapore. Sessions 3 tonight! @WTAMediaMCR @WTAFinalsSG @WTA pic.twitter.com/G6GndKVzI5

John Learing, WTA media managing director, said: “Women’s tennis is an incredibly athletic and fast-paced game. Telstra’s NetCam allows us to provide WTA viewers with a unique perspective while helping us to tell that athletic storyline.

“Tennis fans are not just courtside they are now immersed in the game on the court and at the net. This is going to be exciting for fans watching the WTA Finals live in Singapore.”

The NetCam device is the result of several years of research in Telstra’s Globecam facility in Melbourne working closely with tennis authorities including Tennis Australia to ensure viability. Globecam has its own proprietary camera and software allowing the creation of a unique device in a custom-designed housing.

The technology captures live play during the broadcast production with high-quality HD, stabilisation and degree of control once only dreamed of, including:

Tennis is the latest sport to feature Globecam after participating in a number of sporting events around the world including cricket, all codes of football and even skydiving and motor racing.

NetCam features on the WTA Finals live from Singapore worldwide from 22-29 October.