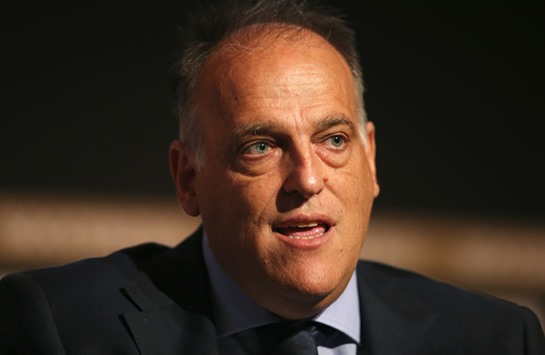 LaLiga will use the data insights being gleaned from its digital platform to transform the value of its broadcasting rights around the world, Javier Tebas, the President of the Spanish football league, told delegates at Sportel in Monaco today.

“We will not only be selling rights to broadcasters, we will come with data for them,” he said. “We can tell them who is going to watch, what they will watch and when. We will know about their customers because they are already our customers.”

He added: “This will increase the value of our international product.”

The foundation of the strategy is the LaLiga-Microsoft Platform, which took 18 months to build and is now reaping a rich harvest of information about fan habits.

Tebas stressed that consumption of premium sports content will continue to be on the traditional TV screen even in a digital world. While 75% of Netflix subscriptions sign up via smartphones, 80% of them actually watch the content of their home screens.

“We have two huge global movie platforms (Netflix and Amazon) that use data to tailor their content for individual subscribers. Sports platforms can do the same. The only way to do this is with organising data as we are doing.”

Tebas shared September 2018 data about the use of LaLiga apps, reaching a total of 87.5 million downloads. The most popular app is Head Soccer (56.1 million), followed by the official LaLiga app (19.0 million), LaLiga TV (7.5 million) and LaLiga Fantasy Marca (3.6 million).

He reported that there were 60,000 downloads of various club apps in a two-week period in August.

He also reported that LaLiga’s Facebook following and engagement have surged in the past year.

The number of Facebook followers of LaLiga grew from 28 million at the end of June 2017 to about 43 million a year later, overtaking the English Premier League (EPL), which edged up from 40.6 million to 41.8 million.

In the same period, LaLiga’s Facebook engagement soared from about 102 million to 180 million, while the EPL’s figure declined from 74 million to 45 million.