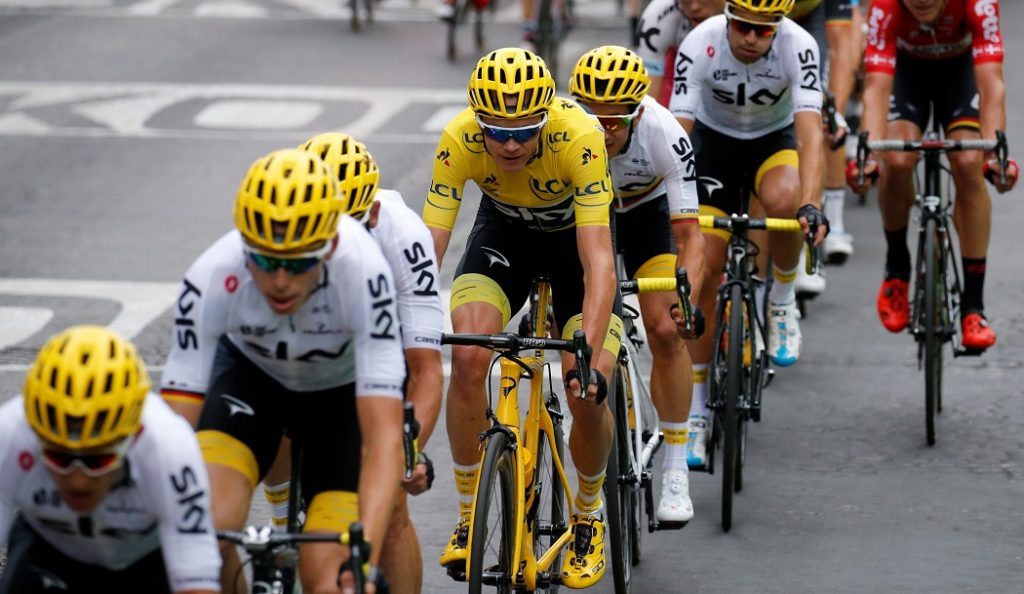 Team Sky has announced the launch of a new partnership with Henri Lloyd. As part of the agreement, Henri Lloyd Sport will serve as the team’s official off bike clothing partner until 2020.

Team Sky riders and support staff will be kitted out in the latest product technology from Henri Lloyd Sport, a new collection of transitional and multi-activity performance apparel.

Sir Dave Brailsford, Team Sky Team Principal, said: “Henri Lloyd is an iconic British brand with its roots in Manchester. Like Team Sky, they are extremely proud of that heritage.

“Henri Lloyd understand elite performance needs and they work with those who have to be at their best in extreme environments, from the America’s Cup through to Formula One.

“They are continually looking for advancements and new solutions to the same challenges that we face as we race and train in all conditions around the world.

“We are excited to begin collaborating with Henri Lloyd, sharing and benefitting from their knowledge and working together to ensure Team Sky stay ahead of the competition.”

Martin Strzelecki, CEO of Henri Lloyd, added: “We are thrilled to announce our official partnership with Team Sky, a team that reflects our shared values of innovation and performance.”

We are delighted to announce our new partnership with leading British professional cycling team, @TeamSky.

Henri Lloyd Sport will be the team’s Official Off Bike Clothing Partner until 2020.