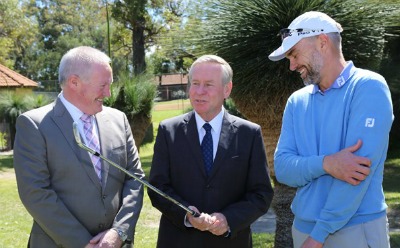 The ISPS HANDA PGA Tour of Australasia and European Tour are set to introduce a revolutionary new format in 2017 as the inaugural World Super 6 Perth features 54 holes of stroke play before the final 24 players battle it out over a dramatic final day six-hole shoot-out.

To be played at Lake Karrinyup Country Club from 16-19 February, drugs | 2017 and co-sanctioned by the PGA Tour of Australasia and European Tour, thumb the World Super 6 Perth will be a world-first in professional golf.

The World Super 6 Perth is a new golf tournament aiming to retain the traditions of the game whilst appealing to a broader market.

“This is an exciting day for international golf as we launch the World Super 6 Perth; a golf tournament which is set to change the way people view golf,” said Brian Thorburn, CEO of the PGA of Australia and PGA Tour of Australasia.

“Cricket has Twenty20, Netball has Fast5, Rugby Union has Rugby7’s and now golf has the World Super 6 Perth.”

A huge proponent for golf’s need to adapt and find a shortened format, Keith Pelley, Chief Executive Officer of the European Tour, is excited to see the World Super 6 Perth make its debut in 2017.

Pelley said: “This initiative was something that we spoke about at great length to our Tournament Committee, led by Chairman Thomas Bjørn. We are thrilled to participate in this because, at the European Tour, we believe that golf needs to look at new and innovative formats.”

The ground-breaking World Super 6 Perth will also showcase the changing face of Perth and attract millions of dollars in exposure for Western Australia.

“I think this type of competition will appeal to all golfers, but especially to a younger demographic, and will encourage competitors to play aggressive and attacking golf,”said Western Australian Premier and Tourism Minister Colin Barnett.

“Golf is very popular throughout the world, especially Europe and Asia, and has a high appeal for many people in some of our top tourism markets, including Singapore, China, Malaysia and the UK.”

“The World Super 6 Perth will deliver valuable national and international media coverage of WA throughout the four-day broadcast, not only through the stunning scenery at Lake Karrinyup, but also through vignettes and billboards shown throughout play.”