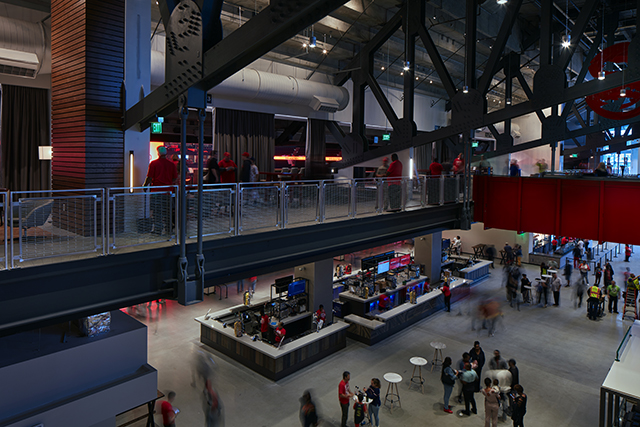 State Farm Arena: “Transforming A Venue Into A Destination”

It’s not an understatement to say that HOK’s renovation of State Farm Arena in Atlanta, home of the city’s NBA Hawks, has transformed the 17,000-seat venue, as executives of the team explain in this feature on iSportconnect TV.

“It used to be where we played, a rental space for concerts,” says Hawks CEO Steve Noonin. “Now it’s a destination, a place of origin, a place of belonging.”

HOK’s design honours the city’s culture, embraces Southern hospitality and elevates the venue experience in one of the most-programmed arenas in United States, hosting approximately 170 events each year.

“HOK blew us away with an initial pitch full of original ideas about seating and socializing. Less than 30 months later, we opened the doors to a renovated arena that exemplifies renovation as innovation,” said Thad Sheely, Chief Operating Officer of the Hawks and State Farm Arena.