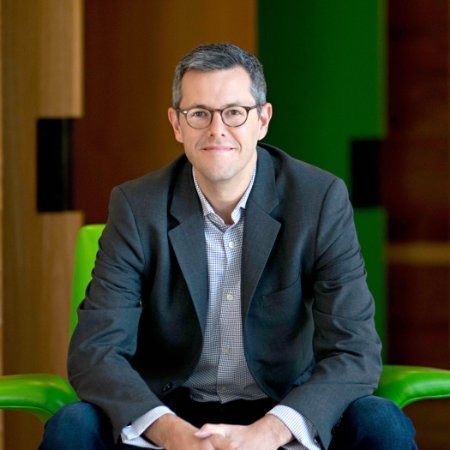 The Stadium Factor: How Architects Can Help Propel Soccer’s Rising Popularity In U.S.

As excitement around the World Cup lingers, designers of soccer stadiums are exploring how these venues can keep up with and even contribute to the sport’s rapid growth in the U.S.

A recent Gallup poll showed that soccer’s popularity has tripled over the last decade. Founded 25 years ago, Major League Soccer now is the country’s fastest-growing professional sports league, ranking above the NBA and NHL in average per-game attendance. And the typical MLS fan is part of a demographic that is highly sought-after by marketers and pro sports leagues. For adults aged 18-34, soccer was the favourite sport for 11 per cent of those polled—tied with basketball and second only to football. This fan base is young, diverse, highly educated and passionate about their sport.

At the recently opened Mercedes-Benz Stadium, Atlanta United FC has shattered MLS attendance records. This year, in just its second season, Atlanta United boasts nearly 39,000 season ticket holders, is averaging more than 50,000 per game and for its 2018 home opener reported a crowd of 72,035—a single-game high for the league.

MLS is making progress in signing more top players from around the world and increasing its TV ratings. For now, though, much of the league’s growth is being driven by providing dynamic game-day experiences in its stadiums. The fan experience also is key for the Division II United Soccer League (USL).

As architects, we’re exploring new ideas for creating soccer-only stadiums that will provide memorial fan experiences that augment the action on the pitch while contributing to the business success of these franchises and leagues.

Expandability: Many MLS and USL teams have outgrown stadiums originally designed for another sport or small, community facilities shared with other users. We can future-proof the next generation of soccer-centric stadiums by integrating expandability and flexibility that will enable them to change and grow along with the sport. This embedded flexibility allows for easy adaptation for high-profile games and events while extending the life of a venue. At Mercedes-Benz Stadium, where Atlanta United has frequently exceeded initial anticipated capacities, this scalability to easily toggle between soccer, football and other events has been vital.

Sophisticated fan base: Soccer boasts a unique fan base, including a high proportion of the country’s sports fans who are Millennials, women and children. Though the MLS and USL are relatively young, their fans already have high expectations for a hospitality-driven game-day experience—and are willing to pay for this experience.

Today’s soccer stadiums can appeal to these fans by offering a wide variety of premium seat offerings; experiences that engage fans with the action and athletes; interesting vantage points and social gathering spaces; a technology infrastructure that enables fans to stay connected to their networks while immersing themselves in the game experience; and localized, high-quality food and beverage options.

Building tradition: Soccer has a robust and unique set of fan traditions as their fans take the sport seriously and are eager to participate in game-day traditions. The stadium itself can enhance these experiences, which range from creating a path for the celebratory fan march to setting aside areas for tailgating to providing a special section for the most avid supporters. Our design teams collaborate with team owners and their fans to understand their routines before, during and after games.

District development: As America’s experience with the sport evolves, so, too, does the approach owners take to the neighbourhoods and real estate surrounding a stadium. On game days, stadiums can be the most electric spaces in a city. Yet many will lie dormant for days at a time between events. Opportunities to build new soccer-specific stadiums on urban sites are enabling architects to look holistically at the broader district experience and attempt to use the venue to engage and serve the community 365 days a year. In addition, this approach allows teams to expand the event experience beyond the stadium’s walls, enticing fans to come early and stay late.

We’re working with the USL’s Louisville City FC to design an easily expandable soccer stadium that will anchor a 40-acre, mixed-use development adjacent to Louisville’s Waterfront Park. Here, in addition to a world-class stadium where fans can build a robust soccer culture and celebrate the sport, the goal is to create a shared living room for downtown—a public gathering space that contributes to the urban fabric.