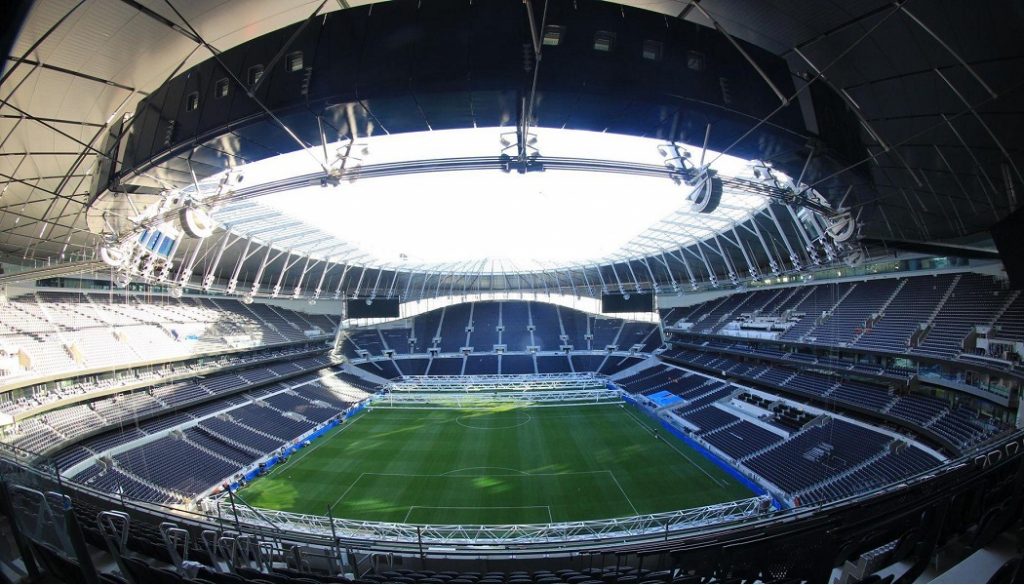 The new home of Tottenham Hotspur will hosts its first Premier League match tonight as the club takes on Crystal Palace.

White Hart Lane Stadium has been undergoing renovation since 2016 and the new arena, officially named the Tottenham Hotspur Stadium, seats 62,062 fans, making it the second largest club ground in the country, behind Old Trafford in Manchester.

The new stadium is thought to have cost around £850 million, according to BBC, slightly more expensive than the £789 million to build Wembley. The final cost is at least double the original £400 million estimate.

The new stadium will be strictly contactless payments only and the first in the country to not accept coins and notes, with 878 payment points around the facility.

Yesterday, Tottenham announced a new five-year deal with Saracens that will allow the Premiership Rugby champion team to play its annual ‘Big Game’ fixture at Spurs’ new stadium from 2020.

Tottenham already has a long-term agreement in place with the National Football League (NFL) to host regular-season games at the stadium.

Spurs Chairman Daniel Levy said in statement: “We look forward to welcoming Saracens and their fans to Tottenham and delivering world-class rugby matchday experiences, showcasing our new stadium and all the surrounding area has to offer.”

The big Saracens match, which usually takes place in March during the international soccer break, has been played at Wembley Stadium in the past.

The New York Times has a feature today on the new stadium.