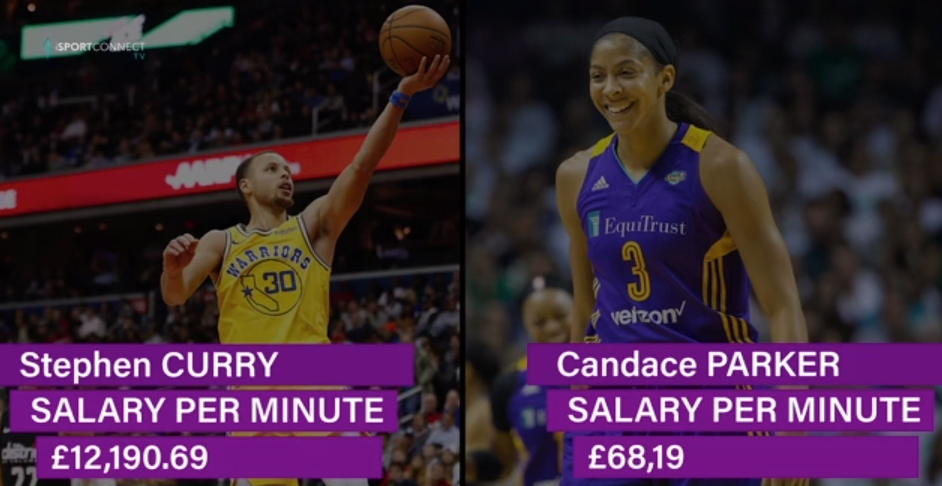 Spotlight On The Gender Pay Gap

The Sports Think Tank recently published a provocative piece on about the gender gap between pay for male and female athletes.

We highlight for you here some striking disparities between the earnings of the stars in arguably the world’s two most popular team sports, football and basketball.

The research by Boost took the annual earnings of top male and female athletes. These were then divided by the number of minutes each player had spent competitively participating in their sport, giving an earnings-per minute-figure.

By eliminating sponsorship agreements and endorsements from the research, the analysis purely covers the time the players spend doing their jobs.

In basketball, the NBA and WNBA stars are Stephen Curry of the Golden Stats Warriors and Candace Parker of the Los Angeles Sparks.

The Sports Think Tank was created to help develop the link between academic research and decision-making in sports policy. The Co-Directors are Member of Parliament Andy Reed and Mark Balcar, who was a previously a civil servant in the UK’s Department of Culture, Media and Sport.