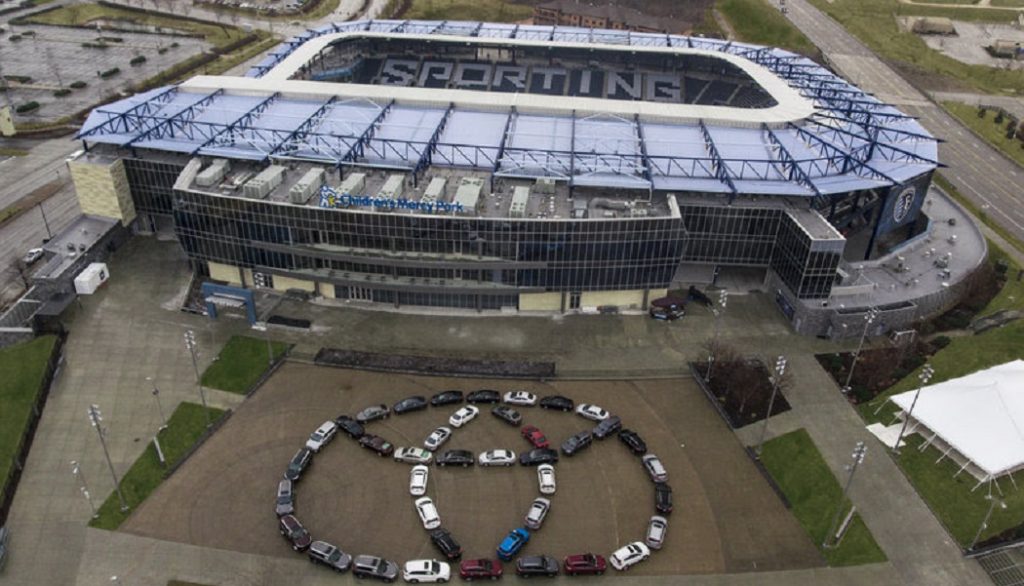 Sporting Kansas City has named Toyota as one of the official first team partner of until 2020 season.

The renewed corporate partnership, which expands on a previous partnership agreement in place since 2016, includes naming rights to the Toyota Plaza at Children’s Mercy Park, a title sponsorship of the Drive Time video series on SportingKC.com, cross-promotional events at all eight Kansas City-area Toyota dealers and designation as the official vehicle of Sporting KC.

In addition, the popular Drive Time video series will return in 2018 with Toyota as the presenting sponsor. The video vignettes feature Sporting KC players and broadcaster Nate Bukaty filming interviews inside a custom-wrapped Toyota Highlander on the streets of Kansas City.

Sporting Kansas City will host fan-friendly events at each local Toyota dealer during the 2018 season with player and mascot appearances, as well as ticket and merchandise giveaways.

“Kansas City is a key market for Toyota and we are excited to strengthen our partnership with an organization like Sporting Kansas City – one that is so in-tune and ingrained in the culture of this great city,” said Wylon Harper, general manager for the Kansas City regional office, Toyota Motor North America.

“As the official vehicle of Sporting KC, we hope to continue to spread this culture of excellence and determination across the city, state and region.”

“As one of eight Toyota dealers in the Kansas City area, we are excited for this opportunity to deepen our connection with Sporting KC and the greater soccer community,” said John Molle, Toyota Dealer Association of Greater Kansas City Board Representative.

“This partnership comes at the perfect time, as both Toyota and the sport of soccer are experiencing exponential growth. Every time fans enter the Toyota Plaza, they will be reminded of this continued momentum of excellence of club, city and mobility.”

“Since 2016, the relationship has grown exponentially and all parties involved have continuously found ways to cultivate a true partnership versus sponsorship,” said Justin Compton, Sporting KC vice president of corporate partnerships.

“The new commitment by the entire Toyota team is a showcase of the dedication to see this partnership shine across the Midwest. Sporting KC is grateful to align with a great brand and provide the right avenues to tell its story.”