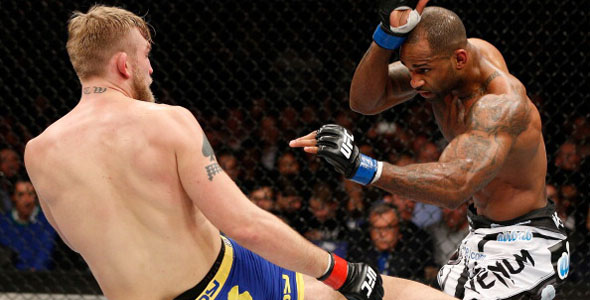 In Focus: Ultimate Fighting Championship – The Biggest Pay-Per-View Property in the World

The slam-bang success of the UFC is unparalleled in the world of sports entertainment. Created only 20 years ago, capsule in the infancy of mixed martial arts, ambulance UFC has made MMA the top attraction in combat sports and the biggest pay-per-view property on the planet.

Forbes magazine recently named UFC one of the top 10 sports companies in the world.

After conquering North America, ambulance UFC’s rapid growth globally, under the direction of Chief Global Brand Officer Garry Cook, has continued in high acceleration with new events in new territories around the world.

In 2014, UFC events have taken place in London, Abu Dhabi, Berlin, Dublin and Stockholm – all sell-outs!

The UFC event in Dublin broke the decibel record for the arena, and gave Irish free-to-air broadcast partner 3e its biggest-ever ratings. UFC now puts on over 40 live events a year worldwide.

And it’s not just the brand which is becoming globally recognised, UFC athletes are becoming hot property in their own right.

Intro Rhonda Rousey, who competed for the USA in judo at the Olympic Games before turning to MMA and becoming a top UFC fighter and is now a movie star too, with roles in The Expendables and Fast & Furious hit film series.

Within EMEA Alex Gustafsson is as famous as top football and ice hockey stars in the Nordic. Ireland’s Conor McGregor is fast becoming an MMA superstar (he also won a VIP Style Award for Most Stylish Man).

Since its early days, UFC has undergone huge changes. Above all, UFC has made its brand of MMA a bona fide sport in its own right.

After brothers Frank and Lorenzo Fertitta purchased UFC in 2001 – their Las Vegas-based Zuffa LLC is the parent company – a whole new and sustainable structure was created virtually from scratch.

The EMEA team added more than 50 new territories to their broadcast distribution in 2014 which highlights the demand for UFC event footage and original programming which is produced by an in-house team.

With over two million followers on Twitter, Dana White is one of the most accessible and followed executives in sport on new media – and a favourite subject of traditional media coverage too, as a man who speaks his mind (“Globally, we’re already bigger than the NFL,” he told the Wall Street Journal last year).

As UFC has expanded geographically, it has also been broadening its appeal demographically with more female viewers than ever before.

The male audience could hardly be more devoted. Indeed, in the American home market, UFC programming beats all comers in the coveted target groups of male viewers aged 18 to 34 and 18 to 49.