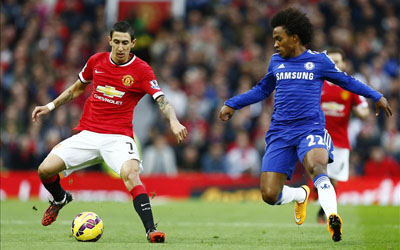 The recent £5.136 billion deal for sale of the Premier League’s UK live TV rights for 2016-19, coincided in the week I was recuperating from a knee operation.

Accordingly, I had somewhat more time than usual to dedicate to monitoring the press speculation about the bidders, the fact it had clearly progressed into a second round, and to peruse and engage on social media.

Is football a matter of life and death?

I watched the Premier League’s press conference on 10th February 2015 and it got me thinking back to Bill Shankly’s infamous quote, “Some people believe football is a matter of life and death, I am very disappointed with that attitude. I can assure you it is much, much more important than that”.

I then tweeted my view that the auction outcome was hugely important for Sky as a result of having lost Champions League to BT from the commencement of the 2015/16 Season.

A follower then responded that this was a warped view of important, and it was “obscene” not important”.

I tend to agree to disagree and then slightly agree with this riposte.

So why is it that from 2016, a Premier League UK broadcaster will pay in excess of £10 million for each live match?

Why do companies that are publicly listed, and whose share price is immensely important, pay what is viewed by the average punter, as an exorbitant amount of money?

Why do global corporations want to, and feel they are obliged to, cover the Premier League? Supply and demand!

For 2013-16, Sky and BT Sport cumulatively paid £3.018 billion for the right to show Premier League football.

168 matches (out of 380) in total; that does not include Saturday 3pm matches, due to the constraints around broadcasting during the “closed period” (to protect attendances at matches etc).

Scudamore made an extremely accurate statement at his press conference: “Am I surprised? Little old Premier League here, it’s gone much further than football as a market, it’s a bigger percentage play”. Indeed, that is exacly why the value was driven so high. So much is at stake.

The Premier League has tailored its product to broadcasters’ needs (as they know what the consumer wants and accordingly will pay for it, handsomely). There is the quad play factor (internet, phone, TV and mobile from the same company (note that BT has just acquired EE).

In addition, the auction process is driven to deriving maximum revenue; There is also market tension in not knowing who else is bidding yet hearing lots of rumours (Netflix, Google, Bein Sports and Discovery were all mentioned in being involved in this process)  while broadcasters always  require premium content, given that live content is “king”.

The Premier League’s Stadia are world class, and the talent is of the highest calibre. Yes, it is easy to look at Mario Balotelli and other high earners, and question why they are paid the exorbitant wages they command through their highly paid agents.

As difficult as it may be, if you can forget Moody Mario and look at the environment in which fans can attend matches, safely, and the positives generated by the Premier League, then maybe just maybe, you might be able to reconcile and justify this broadcasting revenue.

Grassroot and community projects all over the country benefit, and no doubt stand to gain even more from the commencement of the 2016 deal. There will be a huge clamour from all sorts of organisations

ranging from Football Supporters Federation to the Sports Minister for heftier redistribution, and lower ticket prices.

The Premier League is not just the organising entity for England’s top football clubs; it is also a world-renowned business in its own right. It is a global product, and with that standing has been able to take its brand worldwide.

Influence extends to business (regularly features on Downing Street missions abroad), politics and the Premier League has launched a plethora of good cause initiatives such as Kickz in partnership with the Metropolitan Police, or Premier Skills (in numerous territories) or Magic Bus in India.

The Premier League’s press release of 10th February 2014 cited a £168m investment over the 2013-16 period providing opportunities for young people – in good causes and school sport. The broadcast partners all over the world, are generally an intrinsic supporter and voice in generating the positive messaging, and are able to film ancillary content that can be shown in 175 countries, and to over 650 million households.

The importance for Sky

Sky’s business model has been built on the Premier League since 1992 when it spent – what now seems – a relatively low £304 million. Who remembers its first televised Premier League match? Nottingham Forest v Liverpool.

The importance of remaining in the Premier League will not be lost on clubs like Forest, Middlesbrough, Leeds, Wigan and the two Sheffield Clubs, to name a few who were for so long used to the riches of the Premier League, but now are struggling to return.

On the other hand, I am sure there were some who were celebrating Wigan’s demotion; not due to their style of play but moreso the constant swathes of empty seats in their stadium.

From 2004 until 2011 I was employed by the Premier League, where I spent a lot of time working with Sky to protect their commercial rights, i.e their exclusive ability to broadcast live Premier League matches in UK pubs and bars.

Foreign decoder cards were being supplied to pubs at a cheaper price than it cost for a Sky commerical subscription, and provided significantly more matches. We engaged in a number of criminal and civil actions to protect the Premier League’s intellectual property rights; ultimately the value Sky had paid for its exclusive rights.

It is assumed Sky recoup substantially more of their outlay via commercial subs, as opposed to domestic subs, hence the legal actions I was involved in, that went all the way to Luxemburg’s European Court of Justice, and that still continue in the UK. Protection of IP provides comfort to licensees that the rights owner will protect its customers’ rights, and try and ensure their value is not diluted.

Clearly the Premier League has been successful in this respect, because its customers keep coming back to the table with decent sized cheques.

The cost of winning or losing

Sky were outwitted by BT Sport in the 2013-16 Premier League UK rights auction, and BT has since shown they are a sustainable player in the sports rights market, with deep pockets; as evidenced by snatching the UEFA Champions League live rights from Sky, for Season 2015 onwards; leaving a large gap of prime time broadcasting space on Sky Sports.

It was interesting that the Premier League recently created a Friday night package for the first time. This can be viewed as being beneficial to BT, whom if they had been successful in obtaining Package E, could conceivably have had live sport (football) on almost every night of the week, with English, Scottish and European football rights.

Sky obtained it, and with the retention of flagship packages enabling them to continue with Super Sunday, their offering is attractive and compelling. The churn factor has to be at play. If significant content is lost from a platform, will its customers move across to a competitor? That then reflects in the P&L, and the share price.

Going back to that Tweet, of course it is a warped view of importance, given the current affairs and situations we face on a daily basis, when you know that the owners, players and agents are going to be the main beneficiaries of this waterfall of income to the Clubs. Even if Richard Scuadamore once again signed off his embargoed announcement to Clubs with “Don’t spend it all at once”!

However, from a business point of view, this auction process was hugely important for the UK sports rights market, because if Sky had lost out heavily to BT or anyone else, there would have been a huge gap in their premium content programming, which could have had a knock on effect for their business.

With the best will in the world, subscribers were not going to stick around for Sky’s netball coverage, when they could be enticed to migrate to BT with an attractive wifi and phone package.

Wait until the Premier League’s central sponsorship and international rights deals (where there is clearly growth potential) are concluded, and my Twitter follower may well be able to use the word “obscene” again. The rest of the sports world might reluctantly agree, but will certainly look on with envy.

Football may not be a matter of life and death, but it clearly plays a huge role in society.

Oliver Weingarten was at the Premier League between 2004 and 2011, and subsequently became Secretary General of the Formula One Teams’ Association until 2014, when he became Founder and CEO of OW Advisory, and in October 2014 also took on the role as General Secretary of the inaugural Formula E Teams Association he was asked to establish. (@oweingarten/www.owal.co)