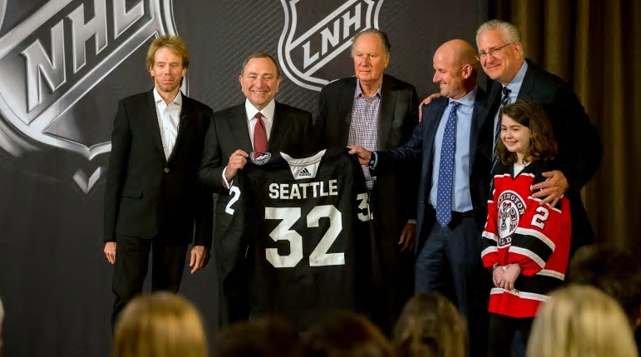 A Seattle ownership group will break ground today on building a new arena for a new team in the National Hockey League (NHL) to start playing in the 2020-21 season.

The NHL Board of Governors voted unanimously Tuesday to approve the expansion application from the NHL Seattle group for the yet-to-be named team.

The Seattle team will play at Seattle Center Arena, the former Key Arena, once home of the NBA’s Seattle SuperSonics (which moved to Oklahoma City). The capacity for an NHL game will be approximately 17,400.

The Seattle ownership group is behind a privately financed $800m (£625.88m) renovation of the arena and is also scheduled to pay about $75m (£58.68m) to build a practice facility north of the city.

NHL Seattle CEO Tod Leweike, a former CEO of the NFL’s Seattle Seahawks, said: “Sixteen years ago, they started saying the arena didn’t work. Over the course of that time we lost an NBA team. We’re not even close to where we should be relative to concerts. How can a world-class city like Seattle not have a world-class arena? Tomorrow, we break ground and we solve that issue. Tomorrow, we start building our team, and it’s really exciting.”

The NHL Board of Governors also approved a realignment plan that will move the Arizona Coyotes into the Central Division, so Seattle can play in the Pacific Division.

“Expanding to Seattle makes the National Hockey League more balanced, even more whole and even more vibrant,” added Commissioner Gary Bettman. “A team in Seattle evens the number of teams in our two conferences, brings our geographic footprint into greater equilibrium and creates instant new rivalries out west, particularly between Seattle and Vancouver.”