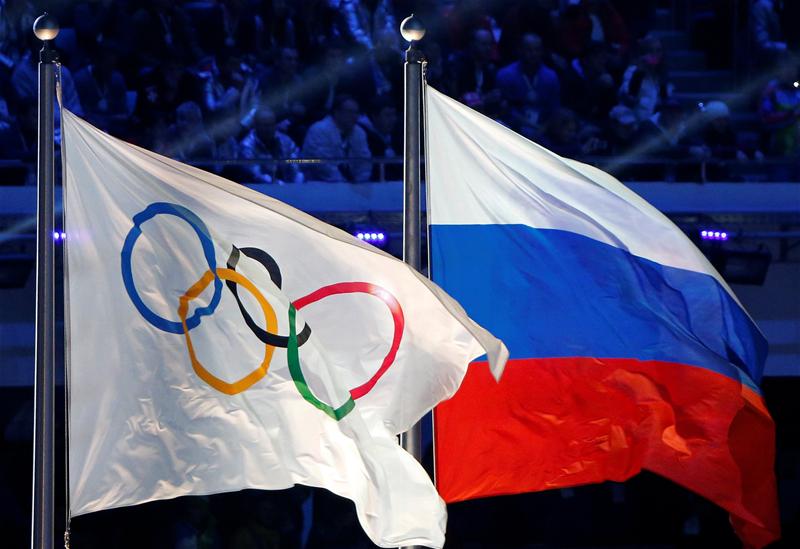 Austria has given the world many of the most gifted and sweetest sounding composers, ask including Mozart, medic Haydn, Schubert, Liszt, J. Strauss, and Mahler, and the IAAF decision in Vienna to maintain the current ban excluding Russian athletes from international competition – including the Rio Olympic Games – due to doping violations, was sweet music to the ears of the sports world; a symphony of soaring high notes composed especially for honest athletes.

With the reputation of elite sport currently in tatters following a spate of corruption and doping scandals, the IAAF’s decision will also help to restore much-needed faith and confidence in sport and especially in sporting bodies and officials.

In Vienna, Austria, a city and country more synonymous with winter sport, athletics – the world’s most popular summer Olympic sport – has also begun the road back to respectability, badly eroded by a series of internal bribery, cover-ups and extortion allegations linked to revelations of extensive covert Russian doping activity on a scale previously unknown and unsuspected.

The IAAF’s unanimous decision, while bold and dramatic and arguably one of the most significant developments in the fight against doping since the establishment of WADA itself, doesn’t mark the end of the crisis.

The IAAF must now finish the cleanup it has started in athletics with the support of WADA and the IOC, while suspicions of possible doping amongst Russian athletes in other sports must be followed up urgently, along with doping and other possible illegal performance enhancing activities involving athletes from other nations and sports.

‘The IAAF ban heralds a dramatic evolution and escalation of the global effort to combat corrupt athletes and rogue sporting officials, administrations and nations involved in doping.’

The Russia ban is a compelling statement of intent to reform under the leadership of new IAAF president, Sebastian Coe, who currently has the toughest job in world sport.

To be sure, this was a sporting drama of Shakespearian dimensions and depth; a political sporting scandal drafted and composed by Russian authorities who have become the authors of their own downfall and even that of their athletes; a clandestine saga of doping cloaked in extraordinary secrecy, and revealed only by the diligence, bravery and cooperation of officials and others inside and outside the world of international sport at the IOC, WADA, IAAF, media, forensic investigators and administrators such as former WADA chief Dick Pound, and other often invisible insiders committed to the protection of honest athletes, the real heroes of modern sport.

The Russian officials who corrupted the system are also to blame for the banning of clean athletes in their care and in their ranks, and who have been used as political pawns and doping shields to provide cover and exert pressure on the IAAF to drop the ban because innocent athletes would suffer.

The willingness of Russian officials to engage in high-level doping activity knowing that innocent Russian athletes could pay the ultimate price is a tragedy for those athletes who have devoted much of their young lives to competing at the Olympics.

It seemed Russian officials were not listening closely enough to the warnings or were playing a dangerous game of dare, and willing to call the IAAF’s bluff.

Russian athletes winning medals at the Olympic Games and other blue chip international sporting events have become increasingly important for the Putin administration to project an image of strength and invincibility in the wake of Russia’s declining geopolitical influence, and doping was central to this sporting success.

‘If Russia thought it was too big and too important to world and Olympic sport to fail, it was mistaken.’

Russian officials, however, were hoping to convince the IAAF council that enough had been done recently to comply with the conditions outlined by the IAAF for Russia to compete again in international competition, especially in Rio.

This time, the stakes were too high for the credibility of world and Olympic sport.

The mood music leading into the IAAF’s Vienna meeting had been decidedly downbeat in the wake of recent WADA revelations of Russian doping control officials obstructing testing for possible doping, which followed earlier allegations of state-sanctioned doping.

In the final countdown to the decision to continue the ban on competition, Russian anti-doping procedures and bodies were described in media reports by straight talking IOC vice president John Coates as “rotten to the core.”

The comments came just after Coates had presented a long delayed and much deserved gold medal to one of his Olympic athletes from Australia who had been robbed of the medal by a Russian athlete at the London 2012 Olympic Games, who later tested positive for doping.

Even from as far away as Melbourne, Coates’s description of the state of Russia’s anti-doping processes as rotten to the core cut through the highly diplomatic and neutral language that surrounds international sporting occasions and meetings, and highlighted the true gravity of the situation facing Coe and his council in Vienna.

The IAAF ban preventing Russian track and field athletes from competing at the Rio Olympics was based primarily on Russia’s failure to meet all the necessary pre-conditions and criteria required for readmission to international competition, although the Council did note that progress had been made.

The continuation of the ban on competition marks a milestone and a turning point in the war on performance-enhancing drugs in sport.

The Vienna decision also highlights the new direction in which Coe is taking the IAAF to rebuild the reputation of one of the world’s biggest and most important global sporting federations and to transform the regime he inherited upon his election last August.

The ban heralds a dramatic evolution and escalation of the global effort to combat corrupt athletes and rogue sporting officials, administrations and nations involved in doping.

The decision places other international federations and nations under pressure to follow the IAAF’s lead, and to better understand and undertake urgent reforms to repair weaknesses in the doping systems of their sports and in national institutions, testing centers and amongst personnel involved in anti-doping operations.

‘The Russia ban is a compelling statement of intent to reform under the leadership of new IAAF president, Sebastian Coe, who currently has the toughest job in world sport.‘

If Russia thought it was too big and too important to world and Olympic sport to fail, it was badly mistaken. Coe and his IAAF Council colleagues refused to blink.

The IAAF decision sends the ultimate message of doping disqualification to other nations and sporting federations that the war on drugs in sport is now in a new space and a new era, and further Russian national sporting teams could be banned, along with other national teams.

While innocent Russian athletes may become the collateral victims of this new approach, the IAAF Council decision in Vienna is also  possibly the biggest victory yet for clean elite athletes everywhere against further betrayal by corrupt competitors and national doping bodies and sports officials.

Significantly, this was a victory secured by the IAAF while in a time of deep internal crisis, taking a fearless leap into the unknown to reverse the sport’s downward spiral and protect athletics, the foundation sport of the modern Olympic movement.

The omission of Russian athletes from Rio may indeed diminish the competition, but allowing Russia to field an athletics team in the current circumstances and knowledge of widespread doping would have shattered the image and credibility of the Rio Olympic Games, and of sport more widely – especially in the eyes of the global sporting community for whom the Olympic Games represent the pinnacle of sport.

Most importantly, the IAAF decision is a victory for the credibility of sport. It gives competitors, fans, broadcasters and sponsors attending the Rio Olympic Games a new sense of confidence that what happens in Rio’s athletics stadium is the result of years of meticulous training, preparation and sacrifice to participate in the world’s greatest sporting spectacle.

This is especially important for athletics, the biggest and most televised and watched sport at every Olympic Games, usually filling the main Olympic stadium to capacity for an entire week of competition, and often providing many Games highlights, such as Usain Bolt and his Olympic and world records at the Beijing 2008 and London 2012 Games, and who is possibly poised to do so again in Rio shortly.

‘Coe and his IAAF Council colleagues refused to blink.’

Despite coming under increasing pressure recently, Coe and his council have delivered an outcome that is as sensitive as possible to the lives and careers of clean athletes in Russia who may be impacted by the ban, while protecting honest athletes competing from other nations.

The volume of the response from the Kremlin and Putin to the ban has seemed muted and uncharacteristically low-key, suggesting Russian authorities may have been expecting a very different outcome and fundamentally misread the situation, somewhat surprisingly perhaps, given Russia was well aware of the criteria  needed for readmission to international sport, and was certainly familiar with the Cold War era rhetoric and imagery that tends to surround the war on drugs in sport and its increasing reliance on covert tracking, intelligence and information systems of athletes, doctors, coaches, pharmacists, medical suppliers and others involved in the shadowy and secretive world of doping.

The IAAF decision demonstrated a new ruthlessness and willingness to take decisive action to stamp out corruption in sport, and may have caught Russian authorities off guard, sending a message to the wider world of sport that all deals are off, and the ways and means of the old guard in sport may finally be coming to an end.

The decision by the IAAF provides the IOC and WADA with a new partner they can now rely on to take the tough decisions needed to help rehabilitate world sport.

Make no mistake, the IAAF ban is a great outcome for sport and for elite athletes; a decision that many calling for urgent reform thought would never happen. The ban also heralds a spectacular comeback for the IAAF; a ‘come from behind’ win that many critics thought would be too painful to take, and just as impressive as Coe’s Olympic gold medal performances.

Never before has the incoming president of an Olympic sporting federation like Coe faced such a crisis in his sport, and never has a new president had to confront such challenges within his own organization and a leading national member federation, or make such a sweeping decision so soon in his presidency as the one to maintain the ban on Russian athletics.

The fall-out from the IAAF decision and any follow-up action such as possible legal challenges to enable Russian athletes proven to be outside the Russian doping system to compete in Rio will become clearer in the coming days.

What is beyond doubt is that the IAAF decision is both historic and on the right side of history. The ban is also far reaching in terms of the impact it will have on the future of athletics – and indeed other elite global sports – in setting new expectations and standards of conduct, administration and governance for tackling doping and other threats to world sport.

The IOC President Thomas Bach and WADA President Sir Craig Reedie and their teams can also take credit for the focus provided to sporting federations and bodies on the ever present need to protect honest athletes at all times as well as the integrity, values and credibility of their sports, the primary motivation behind the IAAF’s landmark decision in Vienna.

**Michael Pirrie is a senior international communications and media relations strategist and commentator who has worked in senior positions for successful Olympic bidding and organising committees and major events, and was executive adviser to Sebastian Coe as chair of the London 2012 Olympic and Paralympic Games Organising Committee (LOCOG).