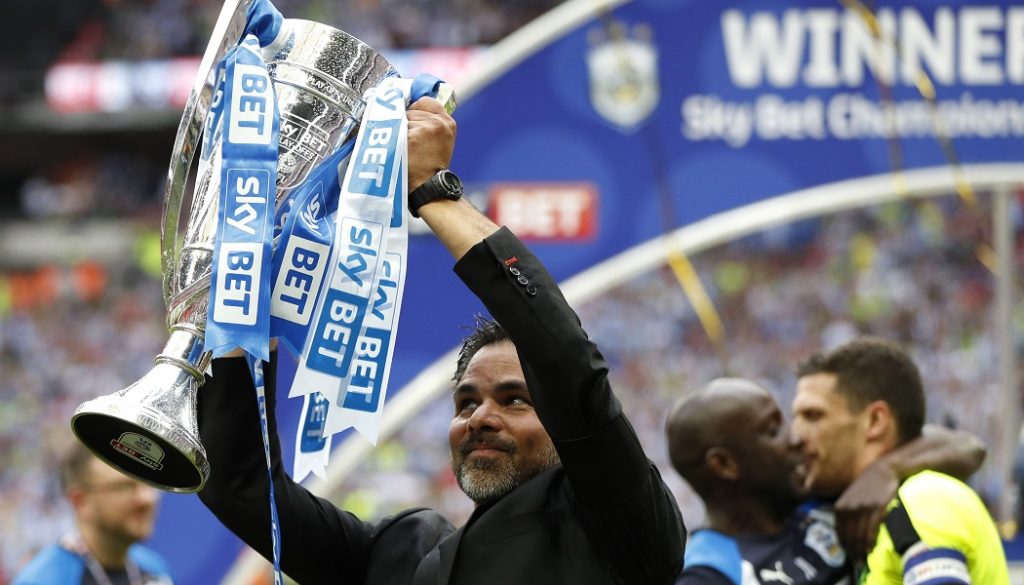 The Football Broadcast Bubble: are we seeing a change in commercial attitude?

Huddersfield Town’s successful promotion from the English Football League to the Premier League was a fairy tale story for the sport; a grass roots club, grown and financed from the bottom up.

Promotion will be worth between $220m and $375m to Huddersfield thanks to the rise in Premier League TV rights. The figure breaks down as approximately $123m for the 2017/18 season – mostly from central distributions but also increased commercial activity and gate receipts – and $97m in guaranteed parachute payments if relegated.

With broadcast revenue continuing to fuel the finances of the sport to unprecedented levels, there are a number of considerations for football and sport in general. As any business will know, there are huge risks when being so reliant on one revenue stream for growth and – more importantly – survival.

CLASS: @HTAFCdotcom stick to their pledge and offer £100 @PremierLeague season tickets to fans who have had once since 2008. pic.twitter.com/v7KpfR9GRK

The vast majority of income for all but the very top clubs undoubtedly comes from broadcast revenue, hence the parachute payment if a club is relegated. Whilst the amount of income generated from broadcasting deals is distributed right the way through the sport ensuring financial stability for many – and survival for some – it’s also potentially damaging in terms of diversifying its income streams. This can result in fans (its core customer) being neglected despite income continuing to inflate a zeppelin like bubble.

Don’t get me wrong, the Premier League is a fantastic success story. They and The English Football League are managing the distribution of these investments very responsibly. I’m sympathetic to the clubs as they obviously need to prioritise this investment back into their playing squads to protect their biggest income stream (remaining in the Premier League).

But I believe such reliance and security does have a longer term downside as it focuses the clubs and sport on this income, creating short-term thinking and behaviour that sees focus placed on squad investments ahead of diversifying revenue streams and growth of customer (fan) bases.

Traditional sponsorship revenue has become little more than a media buy rather than an exclusive association. The dominance of short term betting partners and the lack of FMCG and corporate sponsors is a telling sign. If your sponsorship income is so minuscule in comparison why invest time and money in attracting, retaining and growing your commercial partnerships?

The same can be said for domestic fans and their customer experience when the league serves you domestic and international eyeballs every week and the cost of stadia improvements and stand builds requires years to make a relatively small return on investment. Similarly for grass roots.

Clubs will argue that they invest huge sums of money into their academies – and they do – but often to sell players on and attract the best foreign talent early. Academies are football factories, albeit very well run ones that look after young people’s welfare and prepare them for life out of the game very well. But they are not grass roots programs.

Yes, every kid now aspires to be a football player but how long before they and their parents realise that (according to Michael Calvin’s research) out of the 1.5m boys who play football only 180 will play professionally? That’s a 0.012 % chance of success.

This comfort zone or lack of revenue diversification is ballooning the bubble at the bottom and insulating it at the top. A good example being how slow clubs were initially to develop their digital and social media platforms with the significant investments originally being made by a few top clubs and the latter developments exclusively by the top clubs.

The top clubs can’t fragment their sponsorship estate any further, geographically or via industry sector so they are turning to digital which affords them a blank canvas of new inventory. Meanwhile, the European clubs, frustrated by their inability to directly commercialise their social media fanbases, have started to act by creating exclusive content collaborations like Dugout.

Heavy investment in club-owned television channels, official websites and CRM has also been prevalent. The top clubs are becoming broadcasters as well as diverse international businesses and this only serves to fuel the gap between the mid and bottom tier.

READ MORE: Why Europe’s soccer clubs are facing a balancing act between paid for and free TV content

Sport is only made successful because of its broad range of stakeholders – a sum of its parts. Sport is reliant on players, volunteers, fans, teams, competitions, competitive competition, governing bodies, broadcasters, publishers and sponsors (for income and marketing support). Every industry sector and business needs a fertile and diverse economy. Football doesn’t have that and it needs it. As every club understands – what goes up can also come down.

If the broadcast or betting bubble did burst everyone inside of the Premier League’s top 5 would be able to adjust, albeit painfully, thanks to their more diverse commercial models and drastic cost cutting. But what about the majority?

Perhaps the culture is changing, and it might just be thanks to the huge sums involved. A ‘why gamble all the money on players staying up – just think about what we might do with all that money if we invested it over a longer term’ train of thought.

Interestingly, Huddersfield have repeatedly talked about using the Premier League payments to re-invest back into the club. Bournemouth have retained their culture, Southampton have a widespread grass roots programme and shunned betting sponsorship for a smaller but highly proactive partner in Virgin Media (who offer free away travel to fans).

It was also interesting to hear Brighton’s Marketing Director, Tom Gorringe, talk about the club’s perspective on Premier League promotion at a recent Fan Engagement conference: “This year is about staying true to our identity – our fan – not getting carried away with foreign markets, the glitz and glamour of the Premier League and representing our city well.”

Maybe the minority model is the way forward as it seems Bournemouth, Brighton and Huddersfield all have their boots firmly on the ground.

Do you want to contribute to iSportconnect and get your expert opinion heard? Click here to get in touch!