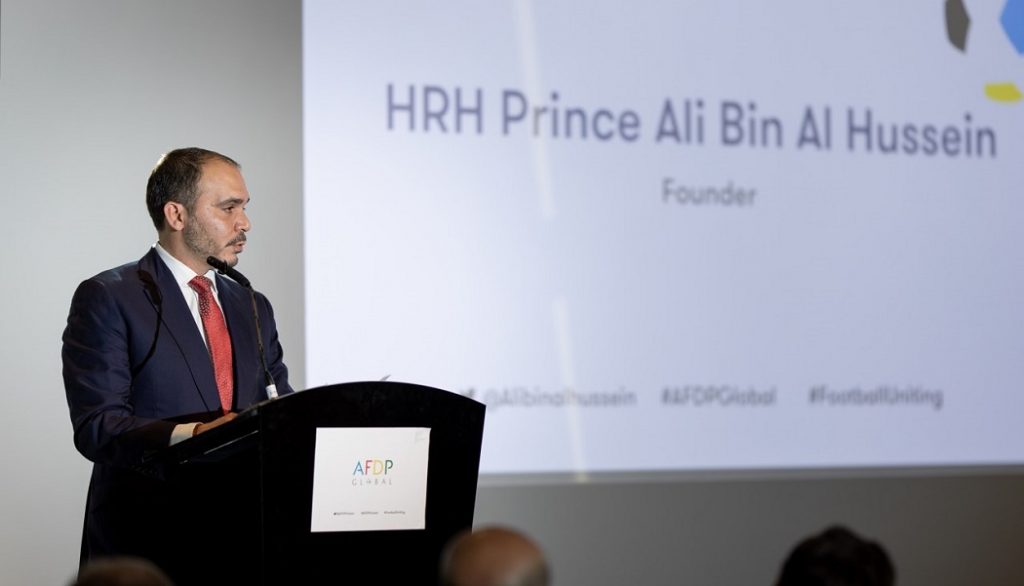 A high-level meeting convened in London by the Association Football Development Programme Global this week has called on FIFA to set up mechanisms to combat sexual abuse in the wake of allegations surrounding women’s football in Afghanistan.

AFDP Global Founder HRH Prince Ali Bin Al-Hussein of Jordan, who is President of the West Asian Football Federation, convened the roundtable on Tuesday to discuss the urgency for action and identify key steps.

The attendees called on FIFA to establish a grievance mechanism for victims of sexual harassment and sexual assault related to any of its member organisations, and establish a fully-independent, non-conflicted body with full legislative and sanctions powers to investigate player sexual assault cases, in consultation with the experts.

They also urged setting out clear safeguarding policies for players and referees, including “bright lines” regarding what is appropriate and inappropriate conduct, with these policies disseminated to Confederations and FIFA Member Associations and training held to assist with compliance.

Furthermore, all relevant bodies should have accessible, transparent and independent whistleblowing processes.

And all FIFA Member Associations should be required to report any suspected incidences of sexual abuse or exploitation to national law enforcement agencies.

In December, Afghanistan President Ashraf Ghani ordered an investigation after the UK’s Guardian newspaper reported last month that senior figures linked to the Afghan women’s team had alleged that some players had been molested by officials of the Afghanistan Football Federation.

The roundtable encouraged a thorough investigation by FIFA and the Afghanistan Attorney General’s office with any interviews conducted by the latter being held in a neutral venue in Europe, in the presence of experts trained in sexual assault cases.

Prince Ali said: “Our deliberations centered on the wellbeing and safety of all the affected players and staff. This must be a paramount priority and today’s roundtable will help to ensure that key organisations and individuals who care deeply about the integrity and standing of the women’s game are able to work together effectively and in an accountable manner.”

Among those present in their individual capacity were Kelly Lindsey, head coach of the Afghanistan women’s national team and former team captain Khalida Popal.