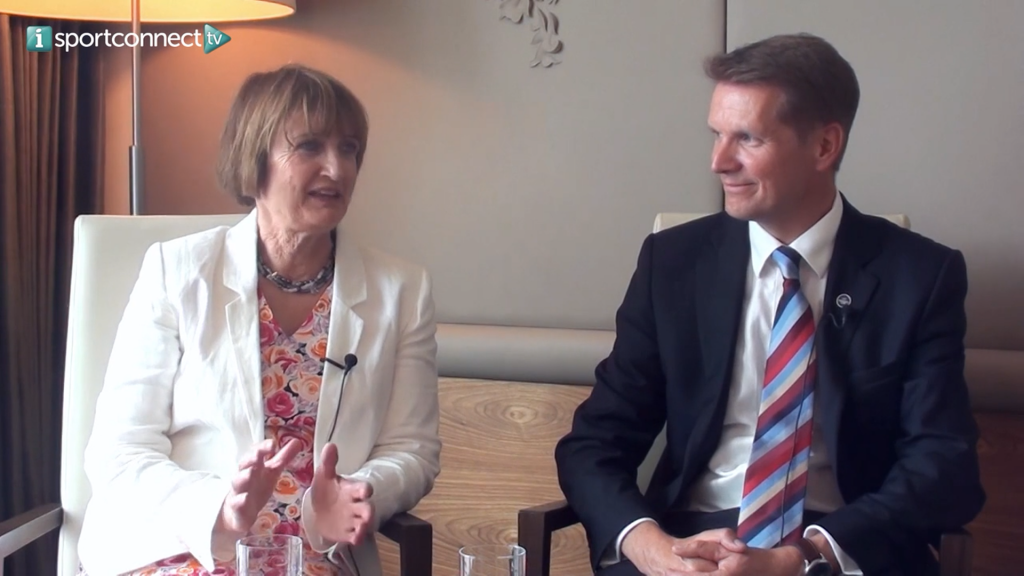 Along with the troves of planning documents and electronic files sent by the IOC to London 2012 Olympic planners for Bid and Games preparations, the London Olympic Committee also compiled its own check list of Games milestones although you won’t find these outlined in Lausanne technical guides or the London Post-Games report.

The alternative version of planning for the London 2012 Olympic Games begins with the euphoria of winning the Bid; includes successful delivery of the Games thanks to volunteers and the public; and ends with “glorification of the uninvolved, ” no matter how fleeting or distant the association with the Games might be.

In stark contrast, Baroness Tessa Jowell was involved in the London Olympic Games project from the very outset but received little of the glory even while at the epicentre of preparations as Games Minister.

After almost losing former legendary Manchester United manager Sir Alex Ferguson recently to a brain haemorrhage, the UK is now mourning the death from brain cancer of Baroness Tessa Jowell, the visionary behind the London 2012 Olympic Games, the biggest and most successful event in the nation’s history and, arguably, in world sport.

Coming less than six years after the London Games, the death of the popular politician at 70 has shocked and saddened the UK and her many admirers in cities around the world, where Jowell’s leadership skills and management of the Olympic Games project won her many fans.

While the death of the dynamic and much-loved politician has been difficult for the UK and British politics, Tessa Jowell’s passing is also a great loss to the Olympic Movement where she was respected and liked by IOC leaders including former President Jacques Rogge and Executive Director, Gilbert Felli, and many others.

Jowell was also respected as an architect of positive political and community change; she was in constant demand internationally, with regular invitations to speak and lecture at leading colleges and institutions of higher education and universities, including the Harvard Business School.

Jowell’s advice was also widely and discretely sought out by Olympic bid city leaders, politicians and governments around the globe, as well as by influential IOC members who respected her sharp political instincts, and enjoyed her friendly, thoughtful, and upbeat engaging company.

Tessa Jowell’s belief in the British bulldog – and in underdog causes – made her the ideal candidate to steer London’s Olympic campaign.

Along with former British Olympic Association Chairman, Sir Craig Reedie, and Mayor of London Ken Livingstone, “Tessa,” as she was almost universally and affectionately known, was one of London’s three Olympic musketeers.

The trio formed an unlikely Olympic alliance and unshakeable bond as they embarked on the political and sporting challenge of a lifetime to bring the world’s grandest sporting and cultural spectacle back to London for a record third occasion.

This Olympic quest would also define the reputations, futures and fates of all three well as London.

While Tessa would miss out on the Labour Party’s nominated candidate for London’s mayoral elections after the Games, her vision and political support for the Olympics have left an extraordinary legacy of unprecedented social, economic, community and sporting benefits greater than any previous mayor.

Jowell’s positive personality found a way to cut through the curtain of apathy that had engulfed the UK’s capacity to win major international events after recent failed attempts to secure the Olympic Games and deliver on other major sporting promises and commitments.

As Secretary of State for Culture, Media and Sport, Tessa Jowell provided the political platform upon which the enormous weight of the Olympic Games project was delicately balanced for almost ten long years of Games bidding, planning, and construction.

While Livingstone and Reddie imagined an Olympic Games infrastructure and funding led revival of London’s long neglected east end, along with a new golden era for British sport, Jowell was the visionary, the Olympic optimist who also saw other opportunities.

When Olympic Games critics questioned Jowell’s Olympic mission, Tessa would adopt an almost Robert Kennedy-like philosophy that asked, ‘Why Not,’ and politely and passionately pointed to a Games masterplan designed to inspire a nation and a new generation of young people, break down disability barriers and stereotypes, and provide new jobs, skills, housing, schools, and community networks around the UK linked to the Olympic Games.

While Livingstone knew funding from the Blair Government for the Games would dramatically fast track the urban renewal of some of the UK’s poorest neighbourhoods located around the new Olympic park site and venues, Jowell saw change happening at higher national levels, according to Reedie.

For Tessa Jowell, bringing the Olympic Games to London and the UK was a once in a lifetime opportunity to reawaken and inspire more young people to think big and explore new horizons in sport and in life.

Jowell’s unrelenting optimism that London could succeed against an unprecedented line up of the world’s biggest, wealthiest and most advanced cities – Paris, New York, Moscow and Madrid – inspired and united Britain behind London’s Olympic bid campaign.

“I thought we really have got to do this,” Jowell said in an interview I conducted with Tessa for iSportconnect TV to mark the 10 year anniversary of the London’s bid.

“What is the point of being in Government if we can’t do this enormous transformational thing.”

Jowell was a lone Olympic voice at the outset in the Blair Cabinet. “There were no votes for this at all at the beginning,” she recalled.

“This seemed like a sort of crazy thing to do…We were just facing at the time the possible invasion of Iraq, and we were undertaking as a Government a major programme of welfare reform and reform of public services. This (the Olympic bid) was nowhere on anybody’s priorities.

“It needed a systematic programme of persuasion that had to define benefits for everything we were doing as a Government.”

The television close ups of Tessa’s face filled with tension and etched in anxiety in the final seconds before the IOC decision was broadcast to the world, also reflected the atmosphere of national anxiety about the bid’s chances, giving way to rare and spontaneous jubilation and celebration across the UK upon London’s announcement as the successful Olympic host city.

The celebrations turned to grief and fear just hours later when terrorists ignited a series of deadly tube and bus suicide explosions that killed dozens.

Jowell played a key role helping Mayor Livingstone to rebuild London after the suicide bomb terror attacks, while the successful delivery of the Games helped Britain to regain its own confidence largely under Jowell’s watch.

While a visionary and cause-related campaigner, Jowell was also a perfectionist but also practical and adverse to risk.

Indeed, before recommending the London Olympic Games bid to the Blair Cabinet, Jowell, made a low-key visit to IOC headquarters in Lausanne for a meeting with former president Rogge, seeking assurances that no view had already formed within the Olympic Movement that the Games should go to Paris or any other city in 2012. ,

Remembering the London 2012 Olympic experience, Tessa told iSportconnect: “I have so many memories and learned so much. I loved being part of the (London 2012) team, and that’s probably what I think I will take with me forever,” Tessa recalled.

“The people involved in this could have worked anywhere, and that’s a very exhilarating atmosphere in which to work.

“The second thing I loved about this project was the amount of loyalty to each other because of loyalty to the project. I come from the old world of politics where you can’t presume loyalty; you have to build loyalty.”

While Jowell personally convinced the two most powerful figures in the UK Government, Prime Minister Tony Blair and Chancellor Gordon Brown to back the Games bid, the importance of Tessa’s  enormous political skills can be seen by the succession of cities in recent bids that have collapsed due to a lack of community and political support, including Oslo,  Rome, Hamburg, Budapest.

Jowell continued to campaign with style and dignity until the end to bring better access and treatments sooner to others also suffering from brain cancer.

While it was known that Tessa was ill, her death has been difficult to accept at many levels, perhaps most of all because it is expected that someone so positive and life affirming as Tessa will always be there.

Tessa had a totally open mind towards every situation in her life, and made everyone around her feel better, important and involved in her campaigns.

Without Tessa Jowell there would be no London 2012 Olympic Games – it’s that simple. Tessa’s spirit of inspiration and towering legacy of achievements however will live on in the new facilities, venues and communities from the Games that have created a new London.