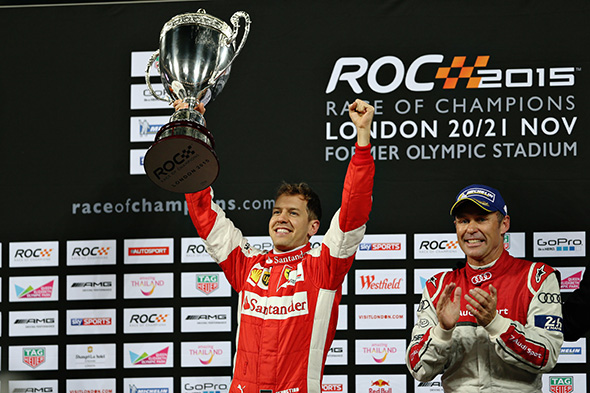 Richard Mille will serve as official watch partner at the next Race Of Champions, which is set to be held in February 2018 at Riyadh’s King Fahad International Stadium, Saudi Arabia.

The two companies were previously in partnership at the 2009 Race Of Champions at Beijing’s ‘Bird’s Nest’ Olympic Stadium. As part of the new agreement, the winner of the individual Race Of Champions in Riyadh will receive one of Richard Mille’s sublime watches.

Richard Mille said: “Through my passion for motorsports, it is a real pleasure to be able to support the Race Of Champions during their Saudi Arabian debut.

“This event is unique in the way it unites a large variety of racing disciplines with high-powered sportsmanship, motivated by the incredible talent of all the drivers who participate. It is a real pleasure to be a partner once again of this fantastic event.”

ROC President, Fredrik Johnsson, added: “We are delighted to have such a prestigious brand as Richard Mille back as the ROC’s official watch partner. The fit is perfect with their motto: A Racing Machine on the Wrist.”