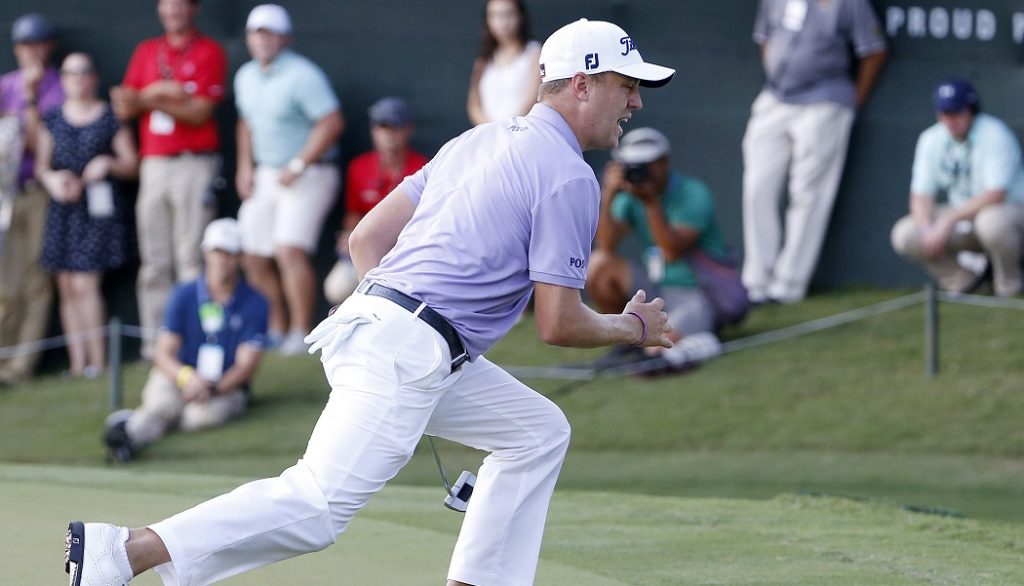 The PGA TOUR has introduced PGA TOUR AR, a new augmented reality (AR) app bringing live AR tournament coverage to life for fans around the world on their phones.

The Live AR coverage on PGA TOUR AR will begin in conjunction with the opening round of the Arnold Palmer Invitational presented by Mastercard on Thursday, March 15.

Mastercard is the Official Launch Partner of the PGA TOUR AR app that will feature exclusive branding within the AR app and will showcase the app in fan areas at Bay Hill Club.

“Exploring unparalleled technologies like AR helps the PGA TOUR reach new audiences around the world,” said Rick Anderson, PGA TOUR Chief Media Officer. “Tapping into ARKit in iOS 11 allows us to showcase real-time data provided by ShotLink and CDW in a rich, visual way for fans. The PGA TOUR takes pride in bringing new technology to the sports world as a way of communicating to a large, diverse audience.”

“We are thrilled to partner with the PGA TOUR in bringing live AR to fans this week at the Arnold Palmer Invitational,” said Raja Rajamannar, Chief Marketing and Communications Officer, Mastercard.

“Mastercard shares a common bond with the PGA TOUR that revolves around innovation, and this technology aligns with our promise to our cardholders to provide Priceless experiences. We are excited about continued conversations on how the PGA TOUR’s AR app will rollout new enhancements and provide consumers from around the world a new way to engage with the game of golf.”

An update to the PGA TOUR AR app later this year will enable an on-course AR experience where fans at a golf tournament can hold up their device in front of any hole and the technology will display shot trails for selected players live or during a past round of the user’s choosing.

The development of the PGA TOUR AR app was done in collaboration with POSSIBLE Mobile, part of the creative agency POSSIBLE. It was aided by existing data gathered by ShotLink powered by CDW, the TOUR’s longstanding state-of-the-art scoring system. ShotLink through CDW technology captures and reports real-time vital information on every shot, by every player, during tournament competition.

“This app empowers us to creatively display and share data captured by ShotLink and CDW with fans in an entirely new way,” said Devon Fox, PGA TOUR Director, Digital Platform Innovation, who was recently named as one of the Top Women in Digital by Cynopsis. “Utilizing the biggest AR platform in the world, we can instantly reach millions of new golf fans around the world in an exciting and fun style.”

The PGA TOUR AR app was built using ARKit in iOS 11 to provide immersive AR experiences for the game of golf. ARKit helps app developers like the PGA TOUR blend digital objects and information with the environment, taking apps far beyond the screen and freeing them to interact with the real world in entirely new ways.

“New technologies are exciting, but only if they can add a new and valuable dimension to an experience,” said Ben Reubenstein, CEO, POSSIBLE Mobile. “Golf is a perfect fit for leveraging augmented reality by providing a cutting-edge way for fans to interact with the sport.”