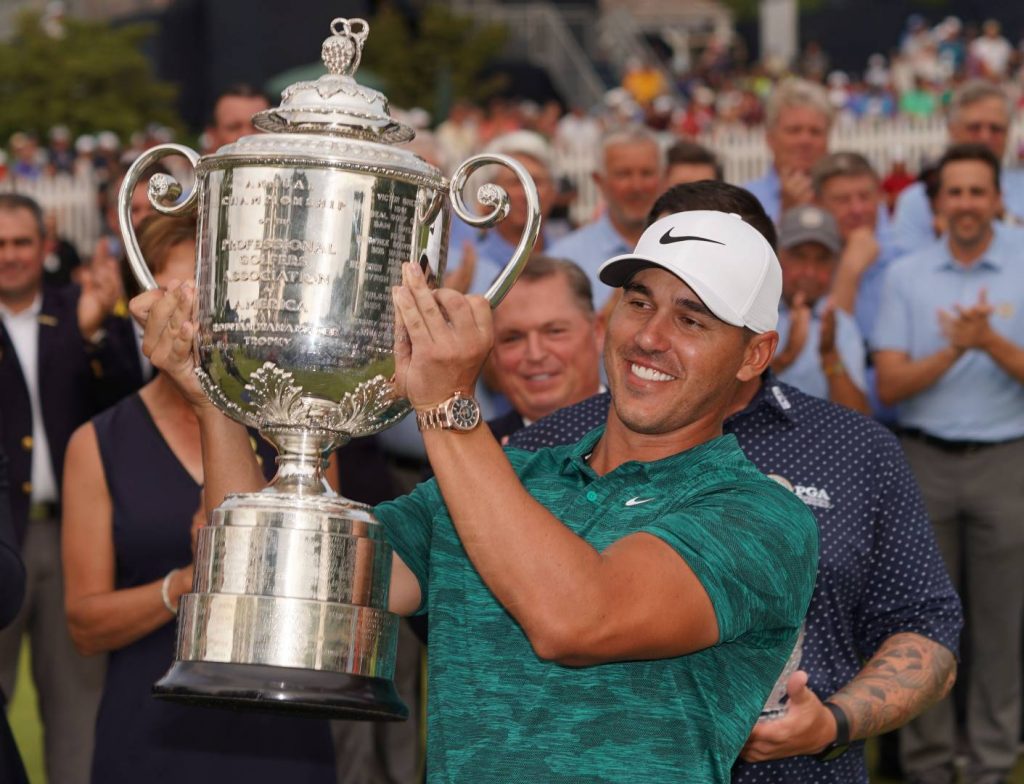 ESPN will be the new cable home of the PGA Championship golf major under a new 11-year deal starting in 2020.

CBS will continue as the broadcast partner for the weekend action through 2030, continuing a relationship dating back to 1991.

ESPN takes over from TNT and will show exclusive live coverage on ESPN and ESPN+ of the first two rounds and weekend mornings.

Traditionally golf’s final major held in August, the PGA will move to May next year and will now be the second major of the season, following the Masters, which ESPN also televises.

ESPN’s deal includes 165 hours of live action on ESPN and ESPN+ across all four days of the tournament, as well as pre-tournament and other ancillary content.

CBS will add an extra hour of airtime to its coverage on Saturday and Sunday.

In addition to the live play, ESPN’s coverage will include a wide-range of extended content such as practice round coverage and a live feed from the driving range as players get ready to head to the course.

ESPN+ (which costs $4.99 a month) is an integrated part of the ESPN App, an all-in-one digital sports platform for fans.