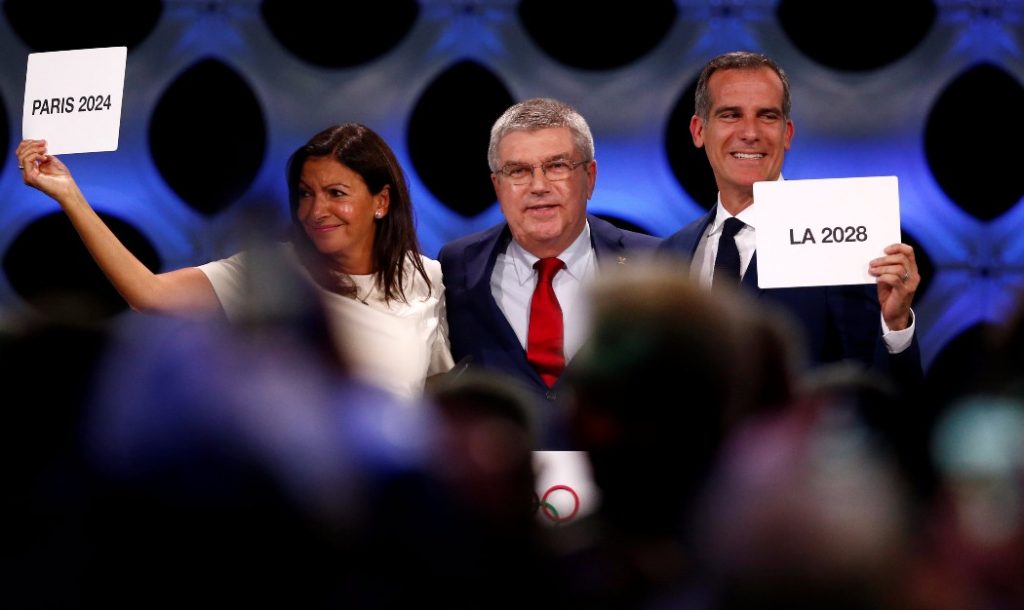 Paris and Los Angeles have tonight been confirmed as hosts of the 2024 and 2028 summer Olympic Games respectively by the IOC.

Both cities wanted to host the 2024 event, but LA subsequently agreed to wait an extra four years after receiving guarantees on funding.

“Congratulations to Paris 2024 and Los Angeles 2028! This historic double allocation is a ‘win-win-win’ situation for the city of Paris, the city of Los Angeles and the IOC,” said the IOC President, Thomas Bach.

“It is hard to imagine something better. Ensuring the stability of the Olympic Games for the athletes of the world for the next 11 years is something extraordinary.

“These are two great cities from two great countries with a great Olympic history. Both cities are very enthusiastic about the Games and are promoting the Olympic spirit in a fantastic way,” he added.

The Mayor of Paris, Anne Hidalgo, said: “Today I am delighted to invite you to join the great family of Parisians, a family which belongs to the world.

“With this team, I am very proud and moved to bring the Games back to Paris. At the heart of these Games, we will place young people, who represent our present, our hope and our pride.”

Eric Garcetti, Mayor of Los Angeles, added: “Bringing the Olympics back home to LA gives us the chance to imagine what our city will look like a decade from now.

“LA is a city where the Games are not a barrier to making progress; we know that they are an accelerating force to re-envisioning a better city and a better world in the days ahead as we welcome you back to the City of Angels.”