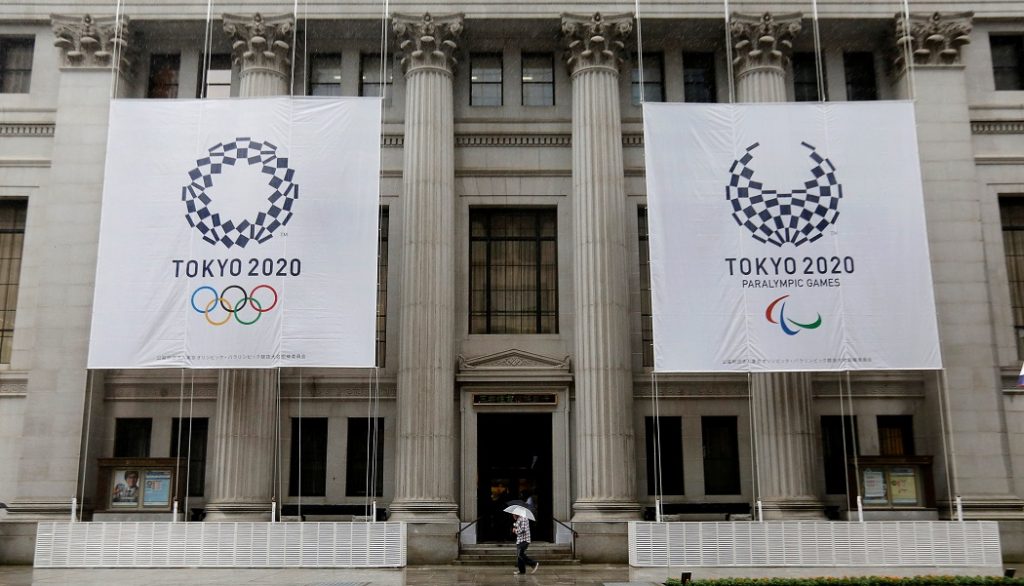 Further shifts on the horizon for the Olympic Movement in 2018

As a new year in world and Olympic sport dawns, Michael Pirrie identifies the dramatic changes and moments of Olympic Sport and policies in 2017 & what they mean for the year ahead as the world counts down to the Pyeongchang Winter Olympic Games in the shadows of North Korea’s nuclear missiles

The planet was on high alert for most of 2017 with continuing civil and regional conflicts, terrorist attacks, refugee movements, and heightened national security and human rights concerns clashing with the interests of elite global institutions and organisations, and triggering seismic shifts in international relations, politics, culture and sport.

It was a year of defining change for the Olympic Movement as the International Olympic Committee (IOC) tended to urgent unfinished business and reform.

Amid a global collapse in peaceful political and institutional leadership and change, the IOC executive took unprecedented steps to tackle bribery, corruption, and doping scandals that threatened to crush the very values and ideals that underpin the Olympic Movement, while more cities questioned escalating infrastructure costs, returns on investment and the value of hosting mega sporting events.

Modifications to the Olympic host city selection process in Lima and the IOC ban on Russia for doping demonstrated strong leadership by the Movement’s President, Thomas Bach and his executive team in uncertain times, helping to restore some order, stability and confidence in governance of Olympic and world sport.

The Olympic Movement in 2017 reflected the increasing global interplay between sport and politics, which is at its most intense since the Cold War Moscow and Los Angeles (LA) Olympic Games boycotts. The two former Olympic cities played key roles in reshaping the Olympic universe over the past year but in radically different ways.

LA blinked first in the high stakes bid city poker game with Paris for the 2024 Olympic Games but this time the winner did not take it all, and LA was awarded the Olympic Games for 2028 in a unique and innovative collaboration between rival cities and the IOC.

Moscow, however, refused to blink, and the fallout from the ‘Russiagate’ doping controversy and the most famous “Deep Throat” informant in sporting history continued to set the agenda for the Olympic establishment in 2017 and beyond.

This time the IOC ran out of strategic patience with Russia and launched a rescue operation to save clean Olympic athletes around the world from Russia’s doping dystopia, although it is far from clear how many Olympic careers and dreams may have perished in the process.

Russian national Olympic committee athletes, unless exempted, and former sports minister Mutko, the Darth Vader of Doping, were banned from this year’s Pyeongchang Winter Olympic Games in an unprecedented move by the IOC to contain and deter future doping activity in Russia and other nations.

Meanwhile, the grassroots spirit of rebellion that fuelled the Brexit and Trump uprisings became more visible and vocal in sports settings and cities in 2017 as fans, sponsors, community groups and activists began to challenge the status quo and traditions of elite sport in modern society in more spontaneous and strategic ways.

In one of the first international protests of its kind, thousands of spectators attending London’s Queen Elizabeth Olympic Park stadium from across the British capital, UK, Europe and other world regions expressed dissatisfaction and anger with institutional sports politics, jeering loudly when the veteran American sprinter Justin Gatlin, previously convicted of doping, won the prestigious 100 metres title at the IAAF World Athletics Championships in August.

Olympic bid cities continued to topple in the race for the 2024 Olympic Games race while organised local activists with international links and training mobilised high impact social media campaigns focussing on Olympic Games costs to deter community support for the Games and advance their own political agendas and aspirations.

The Olympic bid process also reflected the year’s wider international themes, with the most memorable line of the 2024 bid campaign – that the Olympic spirit is about ‘building bridges not walls’ – born from a Papal sermon and Trump foreign policy.

The bid for the world’s most spectacular global event turned into a survival contest in which no bid city seemed safe until the Paris-LA 2024-28 Games deal was brokered.

The landmark dual Olympic Games cities deal gives the IOC vital time to develop a new model for choosing future Olympic host cities, based on a more independent selection process rather than the traditional bidding approach that has been vulnerable to manipulation and giving the Games to cities that are not ready.

The victory ensures Coates’ critical mission as head of the IOC’s Tokyo 2020 Olympic oversight commission remains on track to curb rising Games costs and budgets and demonstrate meaningful economic, social and community benefits from the Games.

This will help to expand the appeal and pool of potential bid cities for the Olympic Games and other major Olympic sports federation events, like the IAAF World Athletics Championships, which brought in more than $100 million (£74 million) to the economy of 2017 host city, London.

Despite the many political and administrative scandals in world sport, athletes and fans in venues large and small showed that the essence of sport as a source of joy, hope and positive change and opportunity was able to cut through the uncertainty and divisions.

HUMANITY OF SPORT SHINES THROUGH

In a year of extended refugee evacuations that displaced millions more, the most successful athlete from more than 200 nations at the London World Athletics Championships was Mo Farah, a refugee from Somalia who was separated from his twin brother when he moved to the UK capital as a child.

A LEGEND LEAVES THE STAGE

No competitor, however, received more applause, affection or admiration at the championships than Usain Bolt, the fastest moving athlete in the history of the world, who left the global spotlight for the final time after a career of extreme sprinting performances that were drug free and saved the soul of sport.

Bolt reminded us of the important role sport plays in the lives of hundreds of millions of supporters across the planet in difficult times, so poignantly demonstrated by a young boy who gave a detailed verbal description of a game of Australian Rules football to his friend rendered blind by brain cancer after the radio the boy was using to visualise the game suddenly broke down during a vital end-of-season match.

England’s ever resilient Barmy Army of supporters gave a masterclass in the humanity of sport when, in the face of a devastating Test cricket loss to the old enemy in Australia, they suddenly broke into song, serenading “There’s only one Phillip Hughes” to stunned local spectators in an emotional tribute to the late and much loved young Australian Test batsman who was fatally injured when hit in the head by a rapidly rising cricket ball.

Harry’s Olympic-styled Games, which will next take place in Sydney later this year, enable war injured men and women from countries as diverse as Afghanistan, Australia, Great Britain, Jordan, the Netherlands, United States and Estonia to represent their countries again, this time on the sports field instead of the battlefield.

The prince’s multi-national, multi venue, multi adaptive sports event has created an impact and a place for itself on the international major events calendar in just three short years since its London launch, helping to heal personal, physical, psychological and national wounds.

The prince’s Invictus phenomenon, more than any other recent sporting event, has helped to identify a new focus, relevance and purpose for sport in these turbulent times of terrorism, conflict, war, institutional failure and geopolitical division. As Royal Marine Andy Grant, an original Invictus competitor says: “I don’t think anything could be more inspiring than seeing a guy who…lay bleeding in a ditch in Afghanistan now running 100 metres in Paralympic time.”

Olympic and world sport are likely to rotate around a similarly uncertain and rapidly changing geopolitical axis in the year ahead as preparations for flagship Olympic events step up in geo-politically and security sensitive regions of Asia.

While some have predicted the North could test more missiles as a further warning to the world during the Pyeonchang Games, reducing the Olympic Opening Ceremony fireworks spectacular to a pale flicker by comparison, recent messages from the North’s dictator have hinted that the North may send a team to Pyeongchang, thereby diminishing the nuclear threat, and might even participate in talks with the South in the countdown to the Games – an outcome that has so far defied all previous UN sanctions, resolutions and other diplomatic and trade relations efforts.

The glorious unpredictability of sport and life in these uncertain times, means that the Olympic Movement might bring the two opposing Koreas and their allies together around the Pyeongchang Games for the first time since their teams marched side by side into the Opening Ceremony of the Sydney 2000 Olympic Games.

The current and past year may demonstrate that while world and Olympic sport may not be able to solve the ills of the planet, sport, when properly organised, can still point to what is important on the fields of play and in wider society in the current unstable global environment.

Michael Pirrie is an international communications consultant and commentator on Olympic and world sport, and has worked in senior communications and planning positions for several Olympic projects and events, including the Sydney 2000 and London 2012 Olympic Games.