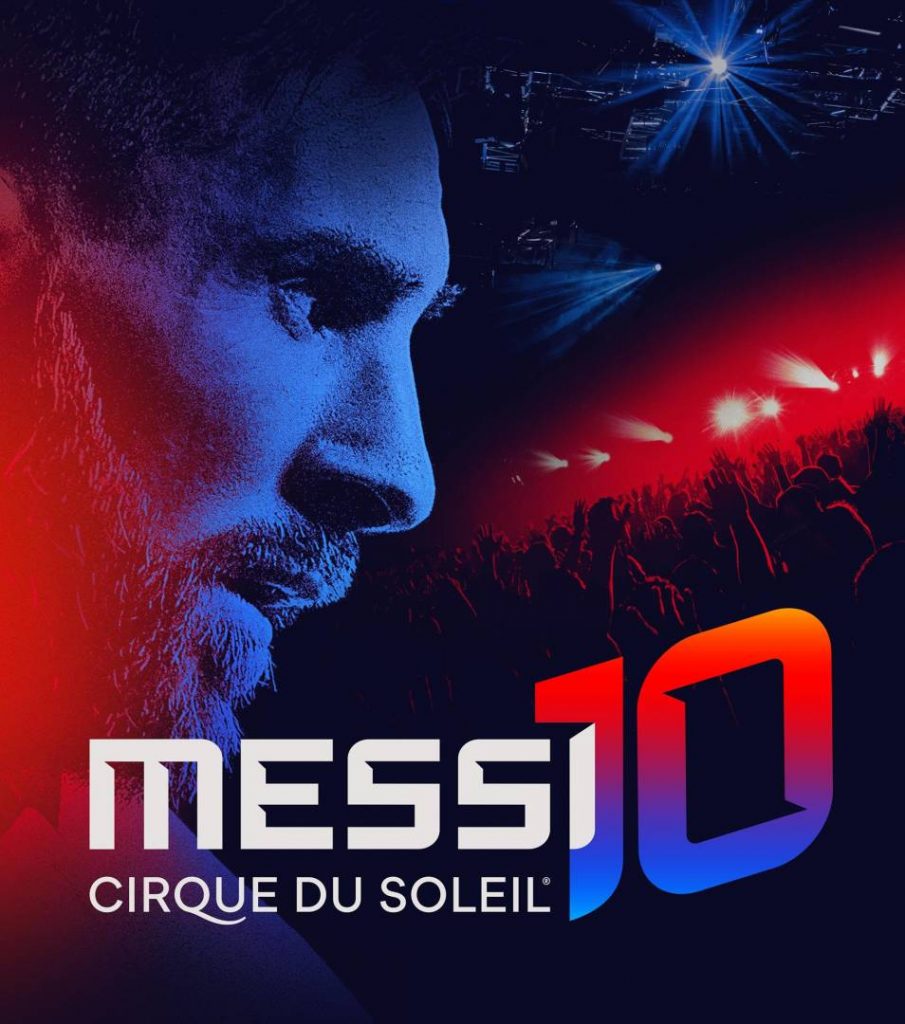 The talents of Lionel Messi will be showcased on a brand-new stage in Barcelona later this year when Cirque du Soleil opens a show inspired by the Argentinean superstar (see the video below).

After paying homage to the likes of the Beatles, the show entitled “Messi 10” will be a first venture into football for Cirque, which is mounting the project in association with Sony Music.

However, Cirque is no stranger to sport. For starters, many of its artists come from the world of elite sport.

Since Montreal-based Cirque’s inception in 1984, its famous blue and yellow tents have attracted almost 160 million spectators in more than 330 cities in 48 countries.

There are eight touring shows and it mounts six to eight events per year in Las Vegas, generating ticket sales of 11 to 12 million per year.

In July 2015, TPG Capital LP, a global private investment firm, acquired a majority stake in the company. Since the buy-out, TPG has been aiming to grow the group.

One path to growth is sports and Cirque has been moving along it with blue-chip partners.

The company has a multi-year deal with the NHL’s Vegas Golden Knights with four of the team’s home games per season designated as special nights when Cirque has LED mesh exposure on the front of T-Mobile Arena, provides intermission entertainment and serves up a variety of game presentation elements.

Cirque’s NFL Experience in New York’s Times Square in 2018 (see the main photo) was a state-of-the-art interactive show using a 4D cinematic experience, physical challenges, augmented reality, and various immersive elements to give fans the ability to step into the huddle.

Given this experience, the aim is certainly to be doing more in all aspects of sport, especially with the brands that seek to sponsor and be associated with sport, according to Nick Prichard, part of Cirque’s, Events and Experiences division, who has been reaching out to brands and rights owners, across the globe.

“Sport is a wonderful way to link brands with engaged and passionate audiences,” he said.

“But the inherent conservatism of much of top-tier sports management means that much sponsorship activation does not match the excitement of the sport. Entertaining fans beyond the sports field is only going to become more and more important.”

“We are experts in live events that entertain and deliver real brand love through creativity,” he said. “We are talking to challengers in the sports market who will be open to experiment.”