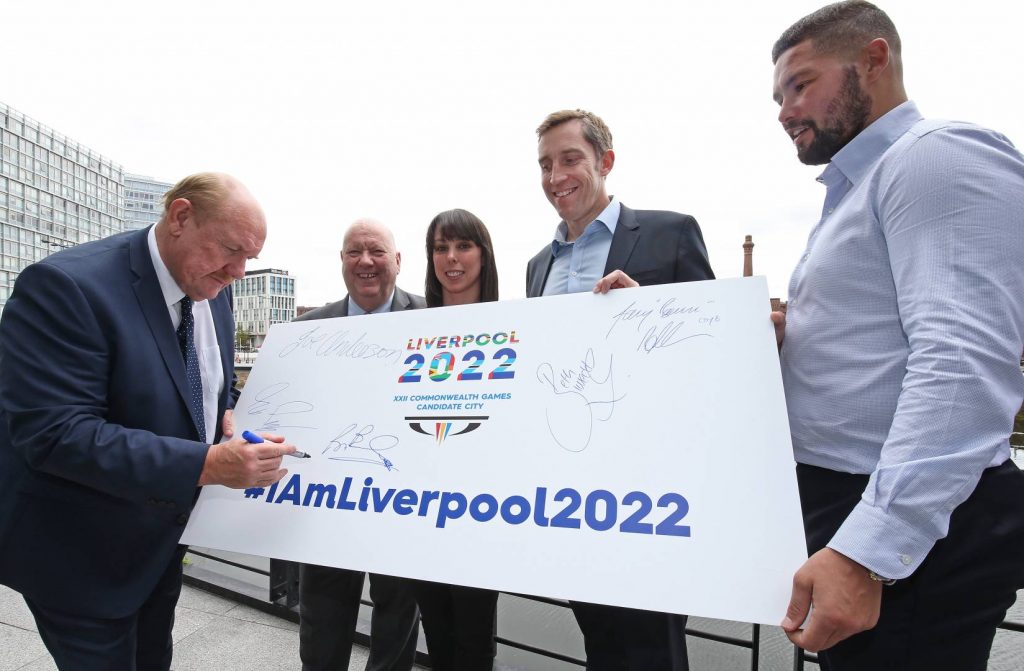 The time is right for Liverpool to be chosen as the host for the 2022 Commonwealth Games, bid chairman Brian Barwick has told iSportconnect.

Barwick was speaking after the official launch of Liverpool’s bid to host the Games, which has become vacant again after Durban were removed as hosts due to financial difficulties.

A number of UK cities registered their interest initially, but having hosted the Games in 2002 the city of Manchester has taken a step back and is supporting north-west neighbours Liverpool in their bid.

Manchester would even host cycling and cricket as part of a Liverpool Games. However, Birmingham retain ambitions of hosting 2022 also and launched their campaign this week.

But the main centrepiece of Liverpool’s bid is Everton’s planned Bramley Moore dock arena, which would host athletics after being temporarily converted for the Games.

Whilst sitting alongside the city’s famous waterfront, Barwick, the former chief executive of the Football Association, told iSportconnect that although the city was initially planning to bid for the 2026 edition, the Commonwealth Games Federation had provided an opportunity they had to seize immediately.

“That’s two or three years ago now. But the reality of it is it is the right time for Liverpool to have an opportunity to stage a great games. The city staged the European capital of culture in 2008 and I just think it’s the right time and this is a city that’s DNA is about sport and about culture and it’s an ambitious place and it’s a welcoming friendly place.

“I read the other day that alongside London and Edinburgh it’s among the big three in terms of visitor numbers. So all those things add up to the fact, and the Commonwealth Games is a great event, so you add all those things together and why wouldn’t you go for it.”

Everton received approval from Liverpool City Council earlier this year for their £300m stadium on Bramley Moore dock, and the club are expected to submit a detailed planning application in due course.

The goal is for the stadium to be ready for the 2021/22 domestic football season, but Barwick insisted that it remains a planned football stadium with a temporary athletics track being put in after the final game of the Toffees’ campaign.

The understanding is that Liverpool 2022 and Everton wish to avoid the problems, and significant financial costs, that have plagued London’s Olympic stadium in being converted from an athletics stadium into a football stadium for West Ham United.

“This is not an athletics stadium that’s going to become a football stadium,” Barwick said of the planned Bramley Moore dock arena. “This is a football stadium first and second that will be adapted for a very brief period during the summer of 2022.”

Everton’s old home of Goodison Park remains a part of the bid, as the planned venue for the boxing finals, while Liverpool FC’s Anfield would play host to rugby sevens.

The Games are expected to cost around £672 million, but the city council say they expect the regeneration of the dockside to accelerate £1bn of investment and create more than 12,000 jobs. The proposed athletes village is also part of the Everton redevelopment.

With less than five years to go until the Games by the time the CGF makes their decision later this year, it would mean significant time constraints on construction work. But, Barwick is confident that the city could cope.

He said: “The thing about Games which have opening and closing ceremonies is that they create their own deadline. So that’s the deadline. In truth we were originally going for 2026 but very quickly we had to convert to 2022, and we were guided to as well, on the basis that if a UK city was to win 2022 it would be very unlikely that a UK city would win 2026.

“So I think ourselves and others who wanted to apply for a Games in the UK were steered towards having a go for 2022. So in truth it was taken out of our hands, of course we will be ready but it just meant that it accelerated it a little bit.”

The CGF say that a decision on who will host the Games is unlikely to take place before early autumn. Meanwhile, Canada and Malaysia are still rumoured to be interested in putting forward bids to host 2022.