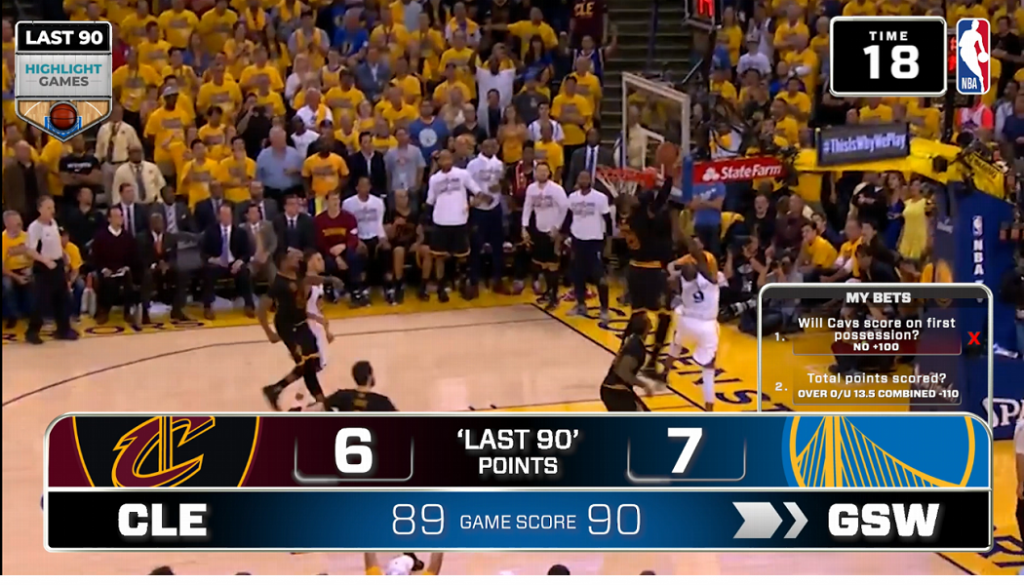 The NBA is launching an exclusive virtual sports betting game that will utilise actual game highlights and footage.

The NBA and the league players association (NBPA) are partnering with Highlight Games Limited, a UK-based specialist gaming supplier to create NBA Last 90.

The game is set to debut in U.S. and European gaming and lottery markets during the 2019-20 NBA season.

NBA Last 90 players will have the ability to wager on various outcomes, including which team will win, who will score on the first possession and the total number of points scored by both teams, during the last 90 seconds of a simulated matchup between two NBA teams.

A vast archive of NBA highlights and footage will be randomly pulled from any matchup over recent seasons between the two teams, producing millions of possible outcomes.

The game will be distributed to licensed gaming operators in multiple regions across the world, initially launching in Europe and will expand to include the United States later in the 2019-20 NBA season.  Fans can expect to see NBA Last 90 across multiple channels, including retail locations, online and in mobile applications.

NBA Last 90 can be previewed at https://highlight-games.com/.

“We are extremely excited about this partnership and the potential future opportunities for our players in the virtual gaming space,” said Josh Goodstadt, Executive Vice President of Licensing for THINK450, the commercial arm of the NBPA. “We look forward to working with the NBA and Highlight Games to create a unique gaming experience that will help to grow the popularity of the players and the league worldwide.”

“I’m delighted to announce this ground-breaking partnership with NBA and NBPA,” said Tim Green, CEO Highlight Games.  “Highlight Games has an ambitious strategy to enter the nascent US sports betting and virtual sports market, and this collaboration is the first important step on that journey. NBA Last 90 features real NBA stars and real NBA highlights, differentiating it from any other virtual sports product on the market.  We’re confident that players around the world will be instantly engaged with NBA Last 90.”