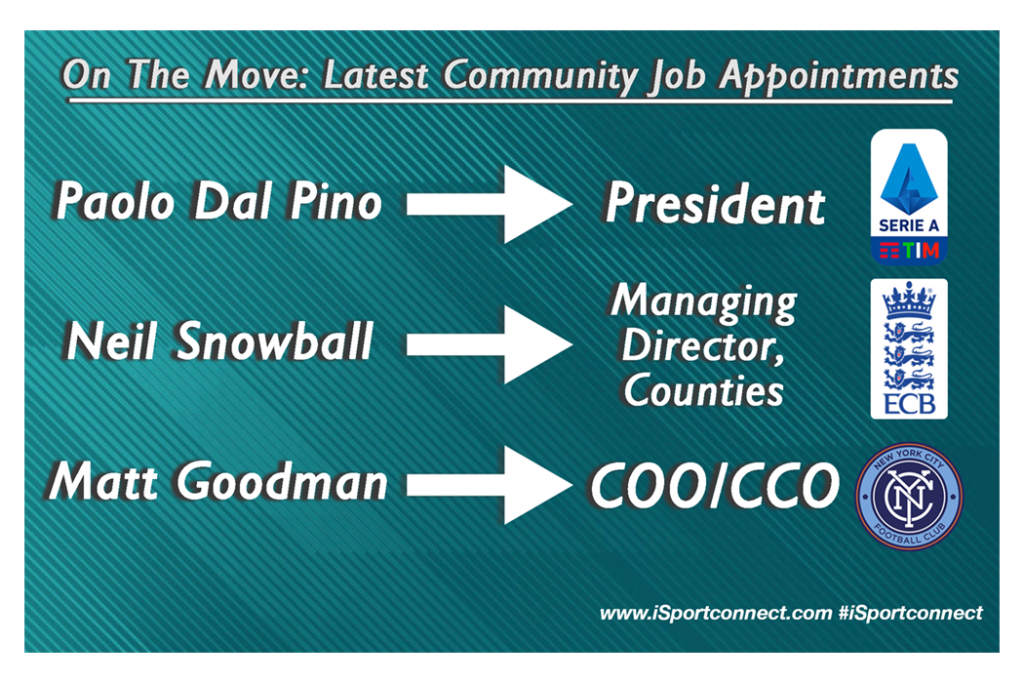 On The Move: The Latest Weekly Job Appointments Within The Sports Industry.

Paolo Dal Pino has been voted as Serie A’s next President, replacing Gaetano Miccichè, who resigned in November 2019.

Neil Snowball was named the next Managing Director of County Cricket at the ECB.

Amanda Duffy has left her position as the NWSL President to join the league’s Orlando Pride franchise as Executive Vice President.

Mark Alford is the new Director of Sky Sports News, moving from his previous position as Head of Digital at Sky News.

Chris Bell will take over as Head of Commercial at Luton Town FC.

Mark Pannes is taking over as CEO of the Vancouver Whitecaps MLS franchise.

David Jenkins is to head up Global Expansion at IPL franchise Rajasthan Royals.

Adrian Sargent has taken the role of Chief Financial Officer of The Goodwood Group.