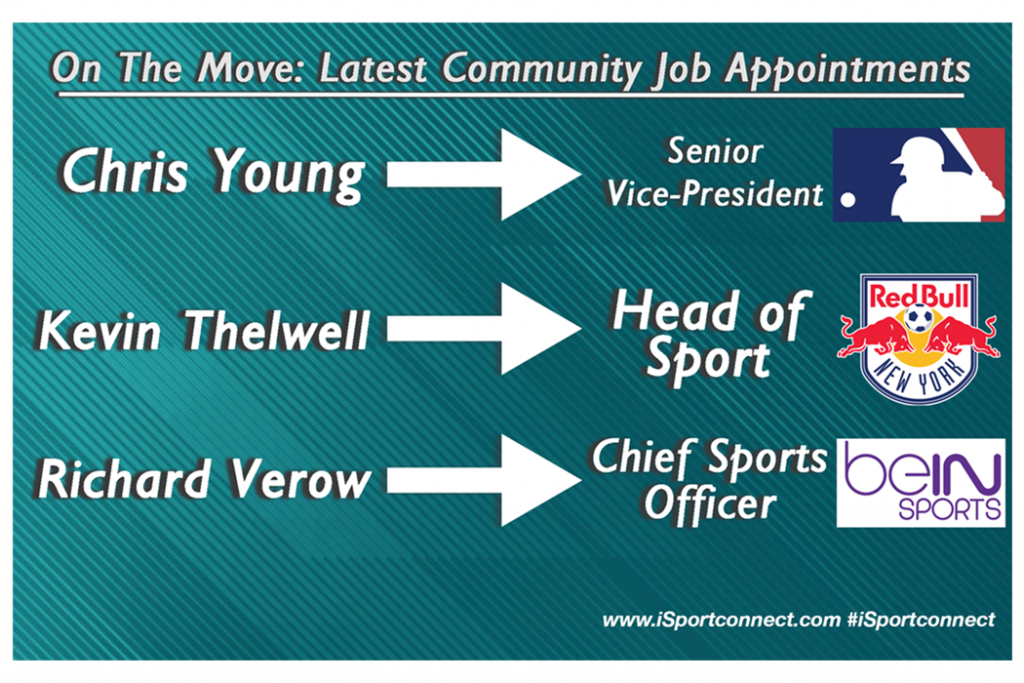 iSportconnect jobs On The Move

Chris Young has been named Senior Vice-President at Major League Baseball, while Morgan Sword has been appointed the association’s Executive Vice-President, Baseball Economics and Operations.

Kevin Thelwell has left his position as Sporting Director of Wolverhampton Wanderers to join New York Red Bulls as Head of Sport.

Andrew Lamb is now Head of Partnership Development for The Ocean Race.

Deepa Malik has been announced as President of the Paralympic Committee of India.

iSportconnect jobs On The Move