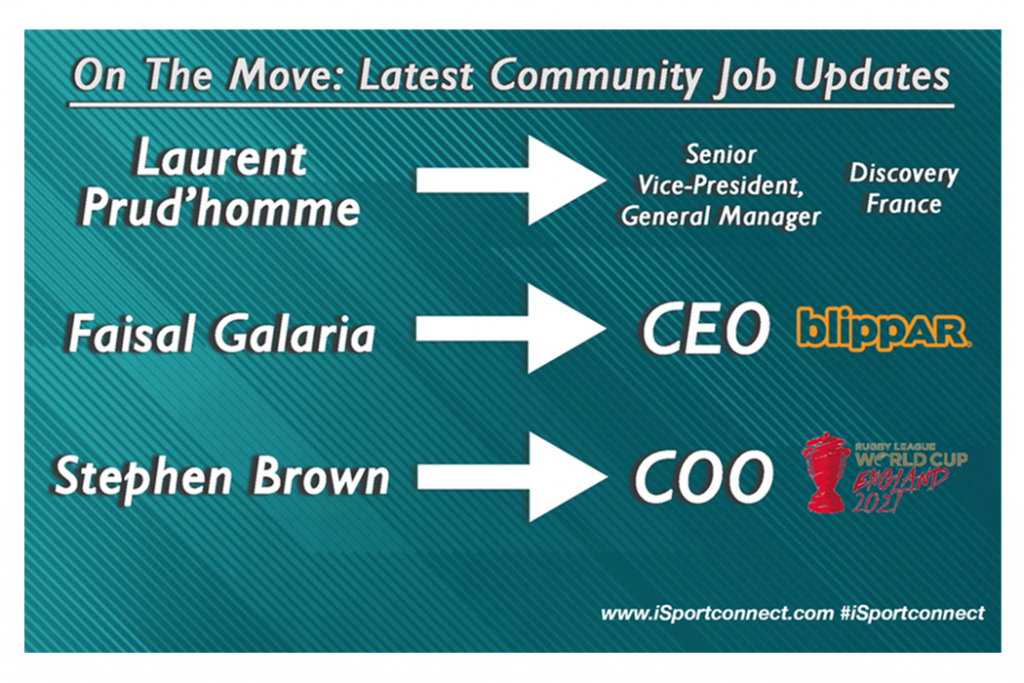 On The Move: The Latest Sports Industry Job Updates

Laurent Prud’homme has become Senior Vice-President, General Manager at Discovery France. Prud’homme has been working for Eurosport for almost 20 years and his key focus will be on ensuring the channel portfolio continues to develop and expand.

Faisal Galaria, formerly of Spotify and GoCompare, has been named Chief Executive Officer at Blippar.

World Bowling have announced that Andrew Oram is their new Chief Executive Officer.

Made By Sport have announced Sophie Mason as Chief Executive.