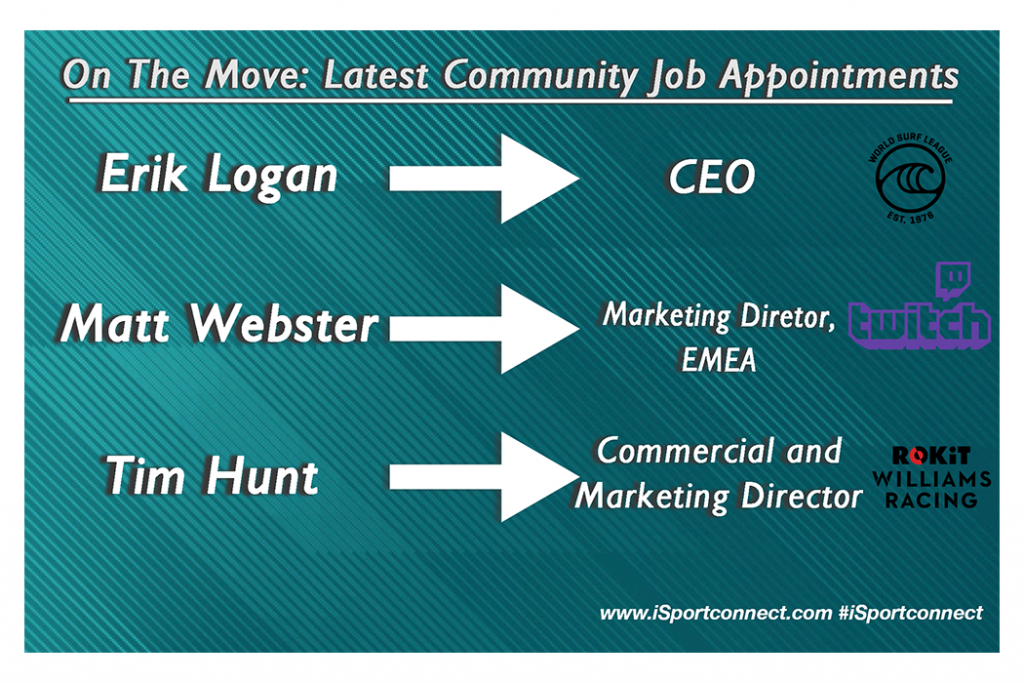 Matt Webster will be the new Director of Marketing, EMEA for Twitch.

Erik Logan will take over from Susan Goldschmidt as World Surf League CEO.

Jonathan Anastas will be One Championship’s Chief Marketing Officer.

Will Thomas is now a part of Livescore Group as Head of Sponsorship.

Mark Devlin will be the acting CEO of Huddersfield Town FC.

Gianni Infantino, Yasuhiro Yamashita and David Haggerty have all joined the IOC as members.

Sami Arap has been appointed Chairman of the Brazilian Olympic Committee

Katy Chambers Mollica has joined LA 2028 as Head of Partnership Sales for US Olympic and Paralympic Properties.

Ed Tischler is going to be Gravity Media’s Managing Director.

Sarah Williams has taken the role of Partnership Growth at Leicester Tigers.