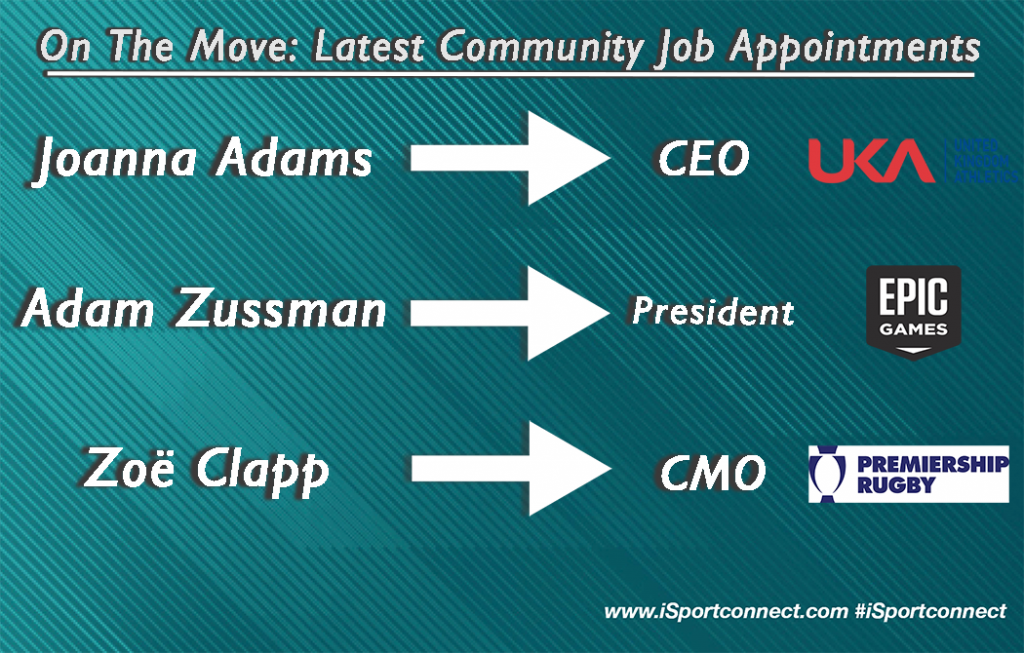 On The Move: The Latest Sports Business Community Jobs Update

Joanna Adams will move to UK Athletics as CEO, while Nic Coward will take the role of Chairman.

At Premiership Rugby, Zoë Clapp has been appointed to the post of Chief Marketing Officer, while Mark Brittain takes up the role of Chief Commercial Officer.

Adam Zussman is the new President of Epic Games.

AS Monaco have named Markus Breglec as their new Chief Marketing Officer and Tyson Henly as Chief Commercial Officer.

Cindy Parlow-Cone has been re-elected as US Soccer’s Vice President.

George McGeeney is the new COO for US Lacrosse.

Claude Ruibal is a new Board Member for Horse and Country TV.