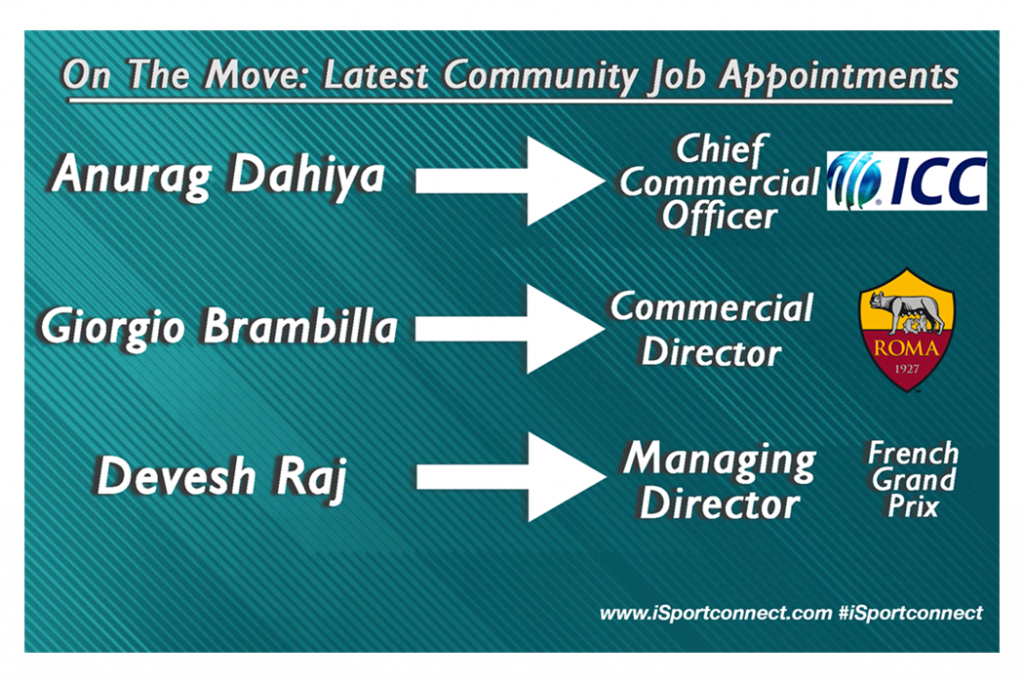 Formula 1 ICC On The Move

Dominic Coles has been named the Head of GB Sport Media.

Eric Boullier will take over as the Managing Director of the French Grand Prix.

Andrew Berry is now Executive Vice President of Football Operations and GM of the Cleveland Browns.

Formula 1 ICC On The Move