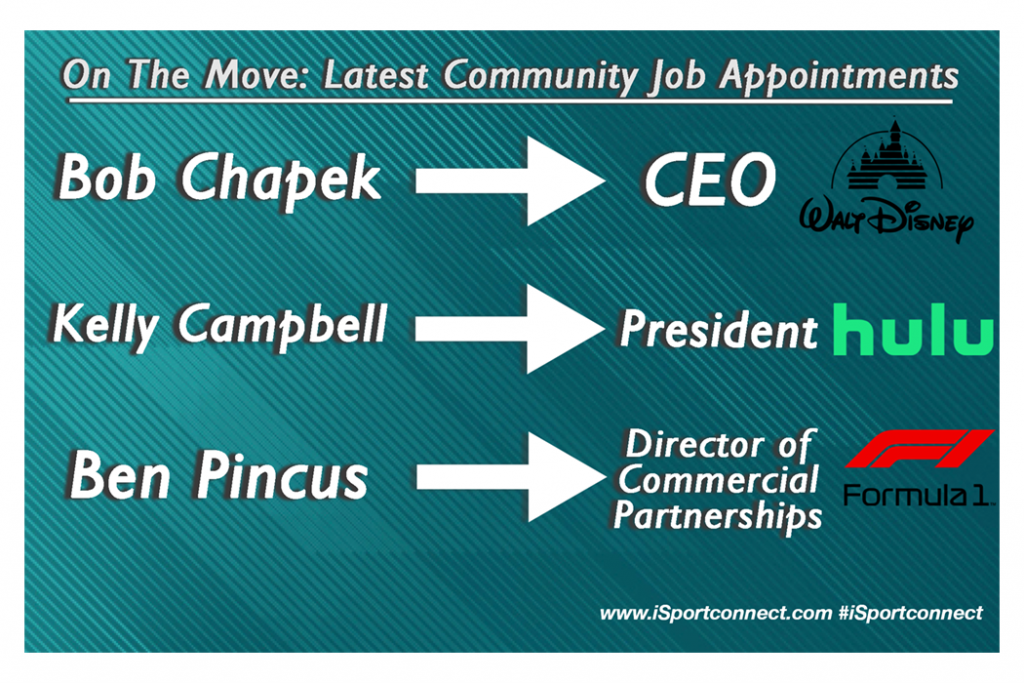 Disney Formula 1 Hulu On The Move

Kelly Campbell has been promoted to President of Hulu from her role as Chief Marketing Officer.

Ivan Modia has been announced as Chief Operating Officer of Kosmos Tennis, with Marc Carrión Puig also named to the position of Senior Marketing & Digital Director.

Rob March has moved to Chester Race Company Ltd in the position of Head of Commercial.

Milly Preston is new Head of Marketing at Excel Esports.

Didier Quillot was named President for the Association for the Protection of Sports Programmes.

Jakob Larsen was appointed Director of Competition and Events for World Athletics.

Disney Formula 1 Hulu On The Move