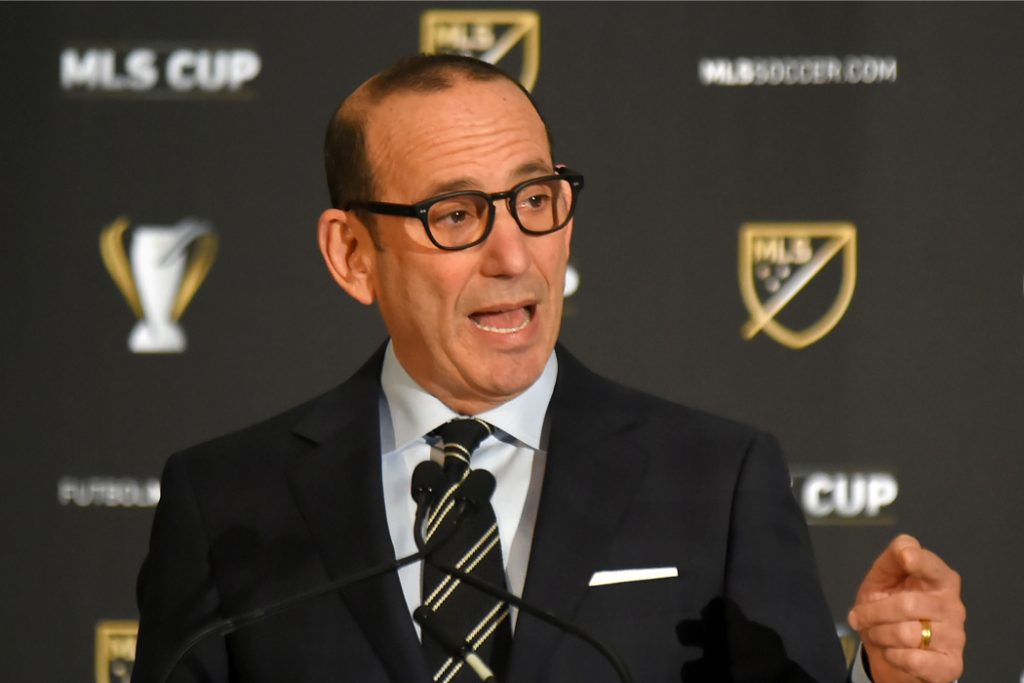 Major League Soccer’s Board of Governors has formally unveiled plans to expand to 30 teams, a 25% increase from the present number, and invited St. Louis and Sacramento to submit formal bids for franchises.

Commissioner Don Garber made the announcement at the board’s meeting in Los Angeles, pointing to expansion as one of the key drivers of the league’s growth in North America in recent years.

“We continue to believe that there are many, many cities across the country that could support an MLS team, with a great stadium and a great fanbase and great local ownership that will invest in the sport in their community,” he said.

The league is currently at 24 teams, with FC Cincinnati joining this season. Miami and Nashville, Tennessee, are teed up to start next year and Austin, Texas, will come aboard in 2021.

The board did not identify markets that would receive teams but groups in Sacramento and St. Louis were allowed to make formal presentations to the league’s expansion committee. Garber said he hopes to have an announcement by the MLS All-Star Game in late July.

He said he’d like to see detailed bids that include final stadium plans, commitments of corporate support, composition of ownership groups, details about funding, as well as plans for player development, fan engagement and community programs.

It has not been determined when the new teams will join the league. MLS has set an expansion fee of $200 million for the league’s 28th and 29th teams. A fee has not been set for the 30th franchise.

Sacramento’s hopes of landing a team were boosted in January when billionaire Ron Burkle became the new lead investor in the Sacramento Republic soccer team. The team currently plays in the second-tier United Soccer League.

The Republic called Thursday’s announcement a “monumental step” in the process.

“There isn’t a better fit for MLS than our city and today’s announcement is a testament to the strength of Sacramento’s bid, and most importantly, to the faith and devotion of Republic FC fans. We will continue our ongoing communication with the Commissioner and with MLS and look forward to finalizing all next steps to deliver MLS to Sacramento,” the team said in a statement.

Burkle is a co-owner of the NHL’s Pittsburgh Penguins with a net worth estimated at $2 billion by Forbes magazine.

Enterprise Holdings Foundation President Carolyn Kindle Betz, who leads the ownership group, said: “Obviously, this increases the likelihood of fulfilling our dream of securing an MLS team for St. Louis, but there’s still work to be done and this doesn’t guarantee us an expansion spot.”

“We look forward to continue working with MLS and Commissioner Garber toward our goal of bringing MLS to the country’s soccer capital.”

St. Louis supporters had hoped to help fund stadium efforts by expanding the port authority, which would have allowed use of a 1% sales tax at the Union Station stadium site. But the measure was not brought up for a vote by the city’s Board of Aldermen at Monday’s final meeting of the 2018-19 session.