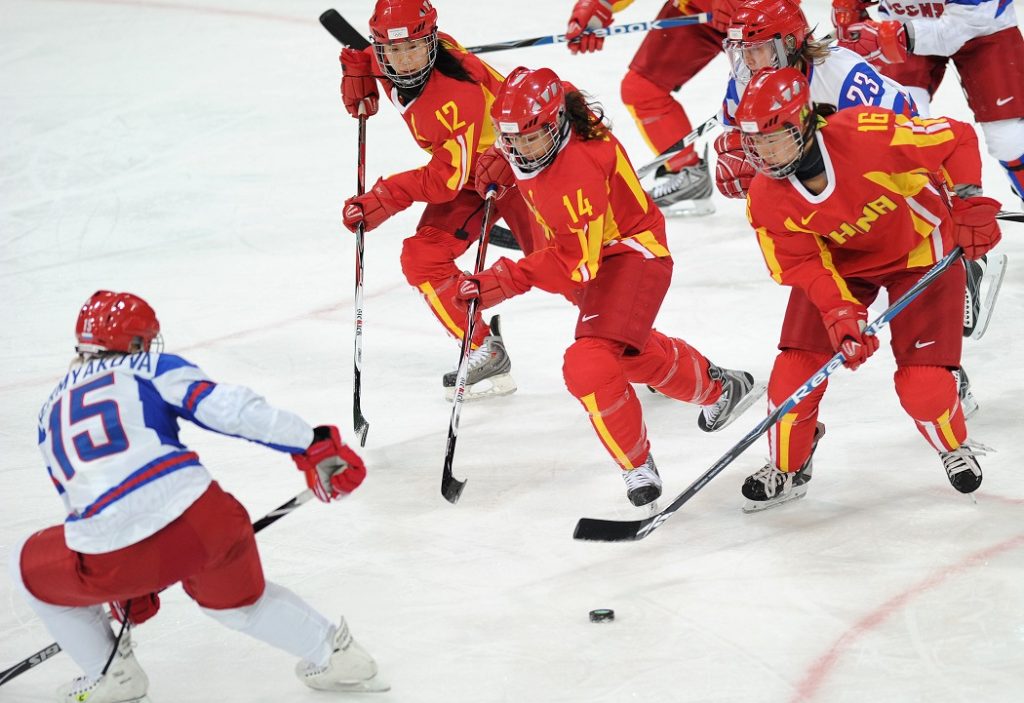 Michael Pirrie backgrounds the historic Korea coup, and how the unofficial nuclear truce brokered for the Games enhances the mythology surrounding the Olympic Games, and demonstrates the mission of the modern Olympic Movement to promote peace remains relevant in today’s turbulent times.

There is a weather pattern of emotional high and low pressure zones that heralds the arrival of the winter Olympic Games. There are inherent feelings of anticipation, excitement, danger and unpredictability in the cold predawn mornings, short days and long nights before the Games start.

Anxiety and fear escalate dramatically as the Games get closer in the knowledge that whatever happens in and around the Olympic venues will impact on the future of the host city, and reputations and lives of organisers and especially athletes, for whom the Games can represent more than a decade of training, sacrifice and belief that success is possible against incredible odds and against the best in the world.

Reading the mysteries of what lies beneath the Olympic snow sometimes requires Inuit-like vision. For many competitors, the Olympics represent the gamble of a lifetime, with no guaranteed happy endings.

Danger can lurk anywhere. A practice pirouette can break an ankle and a career, or a final training session can cost you your life as happened with Nodar Kumaritashvili, the young Georgian luger who died just hours before the Opening Ceremony of the 2010 Vancouver Winter Olympic Games, in a tragic crash and in circumstances that remain unresolved for some; a crash that shocked the world, devastated Nodar’s proud family and local community, and highlighted the risks of a life in sport.

Athletes are now traversing the emotional peaks and troughs of South Korea, where the PyeongChang Winter Olympic Games is on the launching pad and final calls are under way; cities and isolated communities around the world are counting down to lift off; and elite athletes will soon depart the security of the Olympic Village mother ship to compete on snow capped mountains, alpine slopes, and ice rinks in picturesque settings that conceal the hidden dangers involved in scaling the summits of winter sports.

While Olympic athletes and teams try to keep emotions in check amid fear of failure and the unpredictability of sport at the highest levels, the location of the winter Games on the Korean Peninsula divided by history and a nuclear missile range has tightened the emotional curtain around the 2018 Olympic Games.

The threats of nuclear attack and counter attack by North Korea and the South’s allies for much of the past year cast doubt about whether the Games could proceed in PyeongChang, which the IOC initially did not seem to want and took a long time to warm to, awarding the Games to PyeongChang only after a third bid.

Ironically, however it might be three times lucky for the IOC and the global community, with nuclear doomsday scenarios now avoided, temporarily at least, by the decision of the North Korean dictator to send a delegation to the Games in the South, a decision that seemed so implausible just a few weeks ago that it could only have been conjured up on dream enhancing drugs.

While most Olympic cities fail to meet successful bid promises, South Korea now seems likely to meet possibly the greatest bid promise ever made to win the Games – to use the Olympics to bring the divided Koreas closer.

Despite the cold climate of suspicion that surrounded the initial meeting between North and South Korea last month over Olympic co-operation, the meeting has paved the way for an extraordinary Olympic truce that continues to gather pace and momentum.

Much of the initial doubt and judgement was suspended when the North Korean delegation arrived in Seoul recently on a South Korea jet before passing through immigration, and many political and cultural time zones along the way.

On board the historic flight were members of the North Korean women’s ice hockey team, who will join forces with the South’s hockey team and compete together as one team in the upcoming Olympic Games, which will create one of the most watched and carefully choreographed and photographed team performances in modern sporting history.

The decision by the North’s dictator to send his sister to attend the Opening Ceremony, the first member of the North’s ruling dynasty to visit the South since the Korea war, only makes the drama more compelling and extraordinary and strengthens the inter Korea solidarity.

The Korea coup is a major political achievement in international sports diplomacy, and has captured the imagination of the international community and sports fans everywhere, even prompting calls for the IOC to be nominated for the Noble Peace Prize, and giving rise to much speculation about the motives and parties involved.

It seems inevitable that former UN Secretary General, South Korean diplomat and IOC Ethics Commission leader, Ban-ki Moon, played an important role behind the scenes in the diplomatic coup, along with IOC president Thomas Bach, who, like a predecessor, Juan Antonio Samaranch, has worked hard to develop trusted relationships with world leaders, heads of state and institutions from the Vatican and the Kremlin to the White House and beyond.

These networks form critical back channels of communication, intelligence and influence for the IOC and Olympic Movement that can be activated by Olympic leaders and diplomatic envoys in circumstances that threaten Olympic events and attending teams.

Coming just a few weeks after the uncertainties that clouded Christmas on the Korean peninsula, and more than 100 years after a series of unofficial ceasefires during which soldiers played games of football along the Western Front in the famous World War 1 Christmas truce, the Koreas have confounded all political and diplomatic expectations.

Although far removed from the bloodied landscapes of the WW1 Europe Christmas truce and the Good Friday Northern Ireland peace agreement, the cooperation between the two Koreas over the Olympics is in many ways just as implausible and inspirational as the football ceasefires more than a century ago, and is a major achievement for the IOC President and senior leadership group.

The unofficial nuclear truce brokered for the Games sees the IOC return to its founding role as guardians of athletes, and greatly enhances the mythology surrounding the Olympic Games.

The Korea Olympic reunion demonstrates that the central goal of the Olympic Movement and its flagship event, the Olympic Games in promoting peace is still relevant and possible even in today’s turbulent times.

The Koreas peace deal also demonstrates that the Olympic Movement still has a unique role in world sport in bringing divided countries together, and that this role has not been diminished by the doping crisis that has consumed world sport in recent decades.

The Olympic arrangement also shows that the dream of shared nationhood between the two Koreas still beats strongly, despite the enormous challenges involved, including concerns amongst the South’s big multinationals over the costs involved in reviving, reuniting and nursing the North’s sick economy back to health; a challenge not unlike the economic integration of West and East Germany and so not impossible.

The cooperation between the Koreas has also lifted hopes for a resumption of the reunion process for families shattered by the Korean war, with speculation that some separated families may have the opportunity to meet briefly together during the Games.

While the reunion between the two Koreas may help to sow the seeds of peace in the years ahead, for divided families who may not have seen or had contact with each other for decades, even a brief reunion at the Games would bring a personal peace and even salvation that could last for the rest of their lives.

The participation and presence of the North at the Games has also eliminated other Cold War conspiracies, with the sudden isolation of some Games personnel linked to a norovirus, and not a biological agent or crippling new laboratory designed bacteria.

As long as the North Korea delegation remains at the Games, the unofficial truce will hold and the safety of thousands of the world’s best athletes, spectators and officials will be ensured.

The real hope however must be for the reunion of war displaced and separated families to continue after the Games have ended in order to achieve a more peaceful if not united Korean Peninsula.

The seeming impossibility of the united Korea Olympic Games may even be a source of hope for a possible détente on doping.

As each Olympiad draws to a close, IOC officials work closely with the President and key stakeholders to imagine a title that captures the spirit and character of each Games. It seems PyeongChang will be known as “The Peace Games”