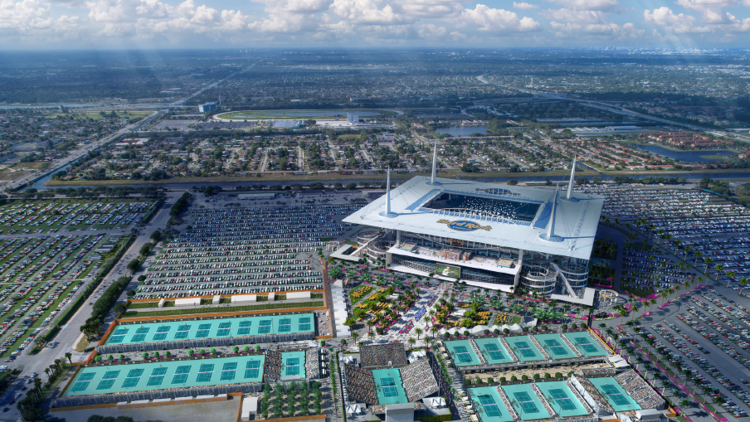 Ticket sales for the next edition of the Miami Open are up 22 per cent compared to a year ago, despite the tennis tournament switching venues.

From March, the annual competition will take place at the Hard Rock Stadium, having previously been held at the Crandon Park Tennis Center for the past 30 years.

According to the Miami Herald, the number of tournament-long passes sold thus far has already exceeded last year’s total three months before the opening match.

“People were curious or skeptical about how this was going to work, but what we’ve found is that the fans of the Miami Open that have come to visit Hard Rock Stadium have quickly seen with their own eyes the investment that Stephen Ross and IMG have put into continuing to make this a world-class tournament and making the campus beautiful,” said Jeremy Walls, Senior Vice President and Chief Marketing Officer of the Miami Dolphins and Hard Rock Stadium.

“We’re well ahead of pace, and the market has responded really well to the move.”

The City of Miami has spent over $500m (£394.1m) in additions and renovations to transform the Hard Rock Stadium.