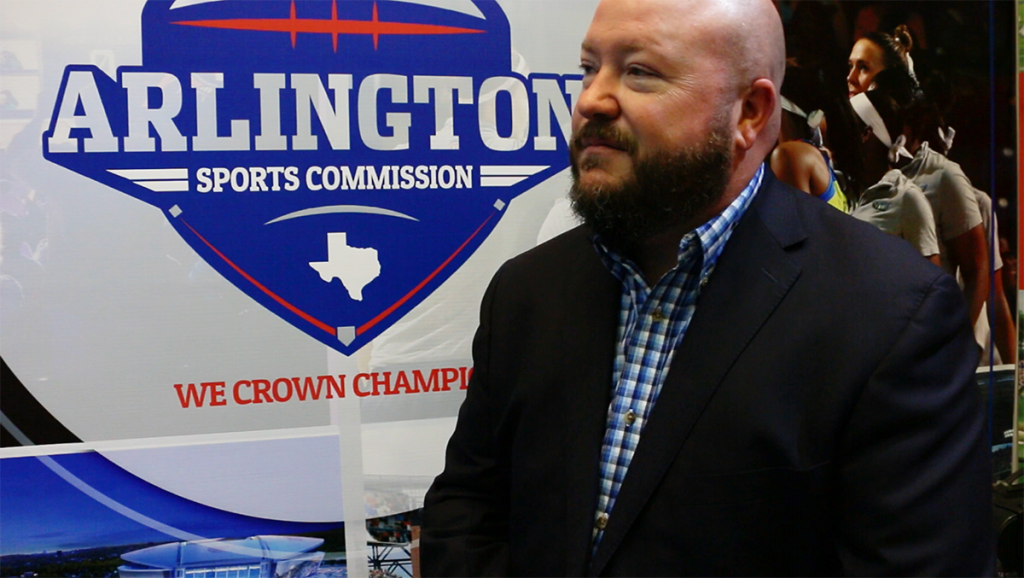 Matt is one of the key figures managing Esports Stadium Arlington, a 100,000 sq foot dedicated Esports facility which is the biggest in North America and talked to Jay Stuart about how the stadium was created,

So Matt, how did the creation of the stadium come about?

Timing is everything. Basically the University of Texas has an Esports team and they won a national championship, and none of us really understood what that meant but it started the conversation. The city started asking me questions about what we’re doing in Esports, so we started investigating what Esports was and what it could mean for Arlington. Simultaneously we were working on a hotel project with the Tisch family. Through their school of business they did a white paper for us, what Esports is and what the future might be.

At the same time, Neil Leibman, co-owner of the Texas Rangers, had bought as Esports team and was looking for a home for the team. We had a site visit, he came to our convention center, and the next thing we know our facility switches to this Esports stadium. We completely renovated it. Not everybody has a facility that can transition that way, but for us it made a lot of sense, we felt like the investment in the future of this sport was worth making that commitment.

So who utilises the facility, how does that work? Who are the entities you deal with and what is the relationship like?

The stadium has got an arena component, an exhibition component, all the production facilities you’d ever need. So the beauty of it is if you’re running an Esports event you can come into our facility, literally have a 30 minute setup, not having to worry about bringing in your own tech companies, we have everything you need for us to broadcast, everything is set and ready for you to go.

We’ve hosted everything from Counter-Strike, ECS, Rocket League, collegiate championships, we’ve had the Esports awards, basically the Oscars of Esports. It’s a global audience. For us that’s the most important thing, we couldn’t go out and buy the kind of advertising and the connections to the Esports world like what we had with the awards because it is a global audience, expected between 7-9 million viewers and we know where those people are from, it helps us target our efforts after that. So it helps us understand what our market is.

You’ve had experience in the traditional sports world, is there a difference in the audience at Esports events and what they might consume or purchase at an event?

It’s a little different. It’s an emerging market. I think people are just now understanding the travel aspect of it because for a long time Esports was very underground. It was not something where people openly said ‘Hey, I’m a big Esports enthusiast’. What we’ve found is there’s no demographics to Esports but it’s an emerging travel market. For Esports we’re still trying to figure out how we get people out of their living room into the stadium. So it’s a challenge but something we’re really excited about because we can be leaders in how to convert that person from ‘I’m watching this at my house’ to ‘I want to be there for a live event.

A huge learning piece for me was the first event that we held, ECS, the Counter-Strike World Championships, people show up and they bring posters and have the chants and they do all the things that we’re used to in soccer, football and traditional sports. So as that continues to grow and as the market matures that travel aspect will only grow and that’s one of the reasons we’ve invested in what we’ve invested in.