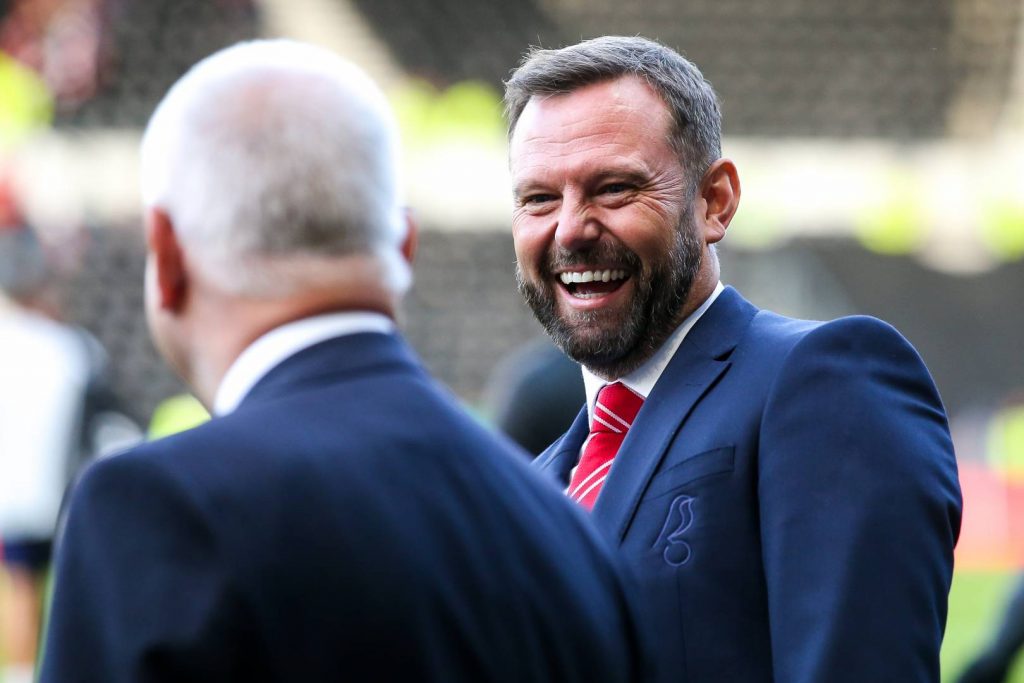 With Bristol City experiencing a strong start to the Championship season, Mark Ashton, CEO at Bristol City Football Club, spoke to iSportconnect’s Ben Page to discuss his career path so far, how to navigate the role of CEO at a football club, where the biggest challenges for football clubs lie going forward and much more.

Mark took his first chief executive position in 2004 when he was named as CEO at Watford, then moving on for a spell at Oxford United before taking up his current duties at Bristol City Football Club. After losing only three of their first 19 league fixtures and occupying fifth place in the Championship, they are now in prime position to challenge for an elusive spot in the Premier League.

BP: So Mark, what led you to this point?

MA: From as young as I can remember I always wanted to play football. I signed my first playing contract with West Brom when I was 13 and when I left school and joined as an apprentice my youth team coach was Nobby Stiles, so that gave me a real induction into the game, being coached every day by a World Cup winner. Not only did he teach you how to behave on the pitch but off it.

That must’ve been a real footballing education?

Absolutely. So I left West Brom not long after 18, I’d had a couple of knee operations but I was never going to be good enough. But I made my debut for West Brom when I was 18 against Real Madrid and my centre half in that game was Sam Allardyce, who always says “Thank god you made a better CEO than you did player!”

By 21 I was back at West Brom as goalkeeping coach for about two years before realising I wanted to work on the management side. I spent the next eight years at West Brom working in every department of the club and left in ’04 to join Watford. After five years at Watford and then consulting for clubs I bought Oxford United with an investment bank, then four years ago got the call from Steve Landsdown saying would you take over as CEO and we’ve been on this journey ever since.

I was an absolute pain to my chief executives! I didn’t want to be a manager or coach, I wanted to run the whole thing. To do that I needed to be CEO.

With that background was working in football always the goal?

Yeah, its sport I’m passionate about. I come from West Bromwich, I’m not university educated or a qualified accountant or lawyer, so I’ve had to work in every department, every echelon of the clubs to understand it upside down inside out and I’ve worked at CEO level for the best part of 15-20 years now.

So when you were going around West Brom working in different areas of the club was that always with the goal of becoming a CEO?

100%. I was an absolute pain to my chief executives! That was my goal, I didn’t want to be a manager or coach, I wanted to run the whole thing. To do that I needed to be CEO so for the best part of a decade everything I did was to absorb as much knowledge as possible to achieve that goal.

What would you describe as the toughest part of being a chief executive at a football club that people won’t see from the outside?

Really simple answer – managing emotion. Emotion of the staff, fans, manager, board and owner while trying to steer a very steady ship through what always will be choppy waters. Because you will lose games, you will go on runs and emotions will be high at times so your challenge is to steer that steady ship.

So people management is critical?

People management and communications skills. I think people draw big hierarchical structures, I describe my job as sitting at the centre of a wheel as the glue, to put the right people, the right systems, the right processes in place and then set strategic goals. This is such an emotional industry that if you don’t do that, it will inevitably lead to problems.

And while you still have consumers, these consumers are much more invested.

Absolutely, and you hear from them twice a week.

I guess with social media, every day?

Exactly. And that’s been one of the biggest changes, if you don’t perform or don’t do what they like, they will let you know about it very quickly.

There’s now far greater emphasis on the football side because the numbers are so big. You’re working closer with the head coach or manager in player trading, that’s the biggest part of my job.

Has that been the biggest change in sports business, social media?

Two things. Social media, the way we communicate, everything nowadays is instant and you have to react very quickly, educating everyone in the club on strengths and weaknesses of social media is key.

The other change is revenue. Commercial revenue, media revenue, revenue of player trading, numbers have got much bigger so decision making has got to be so spot on.

Obviously Bristol City had some social media fame in recent years with their goal GIFS, is innovation in that space critical?

We have a group of people who are very creative and come up with some really interesting ideas. The key to things like that here is the players, staff, stakeholders buy into that culture. So you’re not forcing the players to do something they’re uncomfortable with, they actually buy into it, take a sense of ownership and are really proactive.

I’m sure once it had success they were all in on it?

They bring their own props in! You can imagine the banter and the humour between the lads, it’s who can push the boundaries furthest.

From taking charge at Watford in 2004, how different is the CEO role 15 years later?

There’s now far greater emphasis on the football side because the numbers are so big. You’re working closer with the head coach or manager in player trading, that’s the biggest part of my job. We’ve traded well, sold players from our academy and players we’ve bought for a good return, so a big part of my job is to lead that process, not only the sale but also the acquisition.

With the league position improving every year since you joined, do you think that indicates the right things are being done?

I think it does. When I came in I said to Steve, while we should invest in players, it’s equally important we invest in infrastructure. We’re investing in the training ground right now, we’ve developed our sports science, medical performance and we’ve recruited staff from some of the biggest clubs in the country who help develop our players and make us better behind the scenes.

Lee Johnson and his staff should take huge credit for that because to take a player, develop him into a first team regular and sell him within 12 months for a huge profit, while I can do the deal there’s a lot of development that goes into that player from Lee and his staff. It goes back to culture, there are challenging conversations but we never fall out. We have a very clear common goal and, while that goal is promotion, we try and look at it in a certain way.

I genuinely believe as CEOs we are custodians of our clubs and I think we have a responsibility to make sure this league is here for the next 100 years.

The training ground is even more key with the academy levels system I suppose?

You’ve got it. We’ve developed and sold for multiple millions, Bobby Reid, Joe Bryan, Lloyd Kelly and we’ve got another wave coming behind that now, the stadium we’ve got has been developed, but training facilities are equally important because that’s where we develop the boys 365 days a year. This will bring our facilities into the 21st century and provide the football club’s academy and first team with an elite performance environment all on the same site.

Moving forward, what do you see as the biggest difficulties for football?

I think profitability, sustainability and wage inflation. We’ve just announced our accounts, which showed a healthy profit for last season and again that’s by player trading. We work for the football clubs and our owners, but I genuinely believe as CEOs we are custodians of our clubs and I think we have a responsibility to make sure this league is here for the next 100 years.

Even when you look at clubs like Chelsea, with their huge crop of young players on loan who are then sold on for a profit, that’s also being done at the highest level.

You have to think like that, if you don’t then debts will spiral and clubs will become unsustainable. While we’re always pushing boundaries, we have a responsibility to be brave and bold but not reckless.

Arguably Bristol City are the biggest club never to play in the Premier League, but are now closer than they’ve ever been. What’s necessary to break through, is a bit of luck involved as well?

It is. We recruited well in summer, but four or five of our big recruits have been injured at various times so we’ve had to rely on our underbelly and again that’s testament to our staff and the coaching done to develop those boys. My job is to work with the manager to build a squad that gives him and his staff the chance to compete and I believe if we’ve got everyone fit we’re very competitive.

My argument is, every year I’ve been here we’ve got better. If we continue to do that we will get promoted, there’s no question. I want that to be sooner rather than later, but by the grace of god, there goes the width of a post or an injury, you can only control what you can control.

Finally, what’s the best lesson you’ve learnt that you’d stress to others in the industry?

The best education I’ve had is you’ll get some decisions right, you’ll get some decisions wrong. And hopefully you get more right than wrong, but the key is to have good people working with you who will challenge you every day and are totally committed to the cause. When we had a ten game losing streak two and half years ago, we didn’t sack Lee Johnson because we believed we’d come through it stronger and from that point on we’ve consistently got better.

If you’re coming into this industry from the outside, you have to understand very quickly this isn’t a job, it has to be a way of life at this level. You have to live it, its 24/7, 365 days a year. There are no off days, there are no holidays, you do what you have to do. This is my 30th year in the industry, there’s no way I know it all. You’ve got to be open enough to learn from people around you, I come in and learn every day.

Even now, you think you’re not going to be surprised but you still are. And that’s one of the best things about doing this job, you get up every morning and you haven’t got a clue what’s coming.