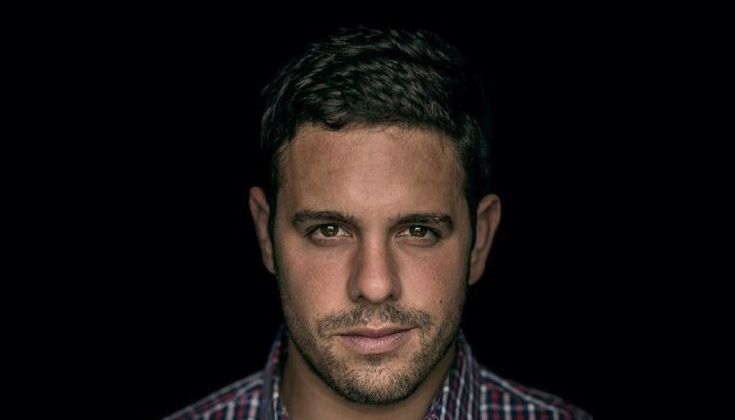 “We Felt There Was A Massive Misconception This Next Generation Of Sports Fans Is No Longer Interested In Sports” – WAVE.tv CEO Brian Verne

WAVE.tv recently announced two major boosts to the company’s progression, a strategic partnership with IMG and the $32million Series A funding announcement, so iSPORTCONNECT thought it would be a great time for Brian Verne, Co-Founder & CEO of WAVE.tv about where the company came from and how they are looking to continue their development process.

For people that might not have heard of it before, give us some background on WAVE.tv, what you’re doing and, as the co-founder, why you started the business?

We started WAVE.tv about three years ago now and at the time we felt there was a massive misconception this next generation of sports fans is no longer interested in sports or, simply, that fandom is decreasing, and candidly I think this still exists. From our vantage point we saw fandom at an all-time high, it’s just shifted from your more traditional TV or linear consumption to social, mobile and digital.

The reality is everyone has a cell phone and when you think about those core and emerging social and digital platforms, Instagram, Snapchat, TikTok, Facebook, YouTube etc. That was where we really felt that younger fans had migrated to, to watch and talk about sports.

“There are all these different areas of interest that exist worldwide, from traditional sports to non-traditional and anything in between. In totality you’re talking hundreds if not thousands of niche interests or categories.”

We took this approach that fandom is not really singular and sport is truly a universal language. As a result, there are all these different areas of interest that exist worldwide, from traditional sports to non-traditional and anything in between. In totality you’re talking hundreds if not thousands of niche interests or categories.

How did you go about making this work and selecting what you wanted to create?

We went down the list sport by sport or fandom by fandom and built this portfolio of digitally native media brands that live on those emerging social and digital platforms where today’s fan spends their time. It’s been the better part of the last two and a half to three years really mastering the programming formats, understanding the nuance and detail that goes into developing a successful Snap discover show, Instagram TV series and so on.

Then the final key question rather was how do you layer in great IP. From our vantage point it just meant going to all the leagues, rights holders, IP holders at large with a pretty simple narrative, with a focus on the highlights in the archive. There was this great IP that already exists and in many cases it’s literally and figuratively sitting on a shelf somewhere. We felt we had an incredible opportunity to reimagine a lot of the stories and narratives that fans cared about for years into new hit programming formatted for the platforms where our portfolio of media brands live.

Thus, the outcome is going to look a lot less like an hour-long TV show, but a lot more like a three minute social media video. We’ve done that same process now over and over again to build a pretty diverse subset of fandoms or genres and we think we can continue to do it more and more, enter into new verticals and ultimately cover as many sports as possible so that we can appeal to people across the world. That’s really our business in a nutshell.

What, to you, makes WAVE.tv’s model unique in that sense, the fact that you’re also going after some of these maybe unloved or lower-profile sports?

I think the breadth of programming certainly makes us different and it felt disingenuous to not take that approach. If you believe in this core principle or concept that sport is inherently global, by only focusing on one sport or category it limits you in the grand scheme of things, and you wouldn’t be able to appeal to so many different types of people with very different interests. Thus, being able to kind of give everyone their own flavour is, I think, a huge differentiator for us in a good way.

Turning attention to your recent deal agreed with IMG, how do you think that that’s going to help to benefit you going forward?

Most importantly we view it through this ‘rising tide lifts all ships’ lens. When we work with a rights holder or IP holder it’s always in the position to be mutually beneficial for both parties. There’s typically a first order and second order effect, with that first order effect in line with our purpose to simply champion fandom with the idea that driving it increases overall enterprise value for our partners, as we’re reaching primarily a new audience that’s much younger.

That second order effect is more on the commercial revenue generating side. We’ve always seen our programming as a scalable and viable alternative to that traditional sports television buy or traditional sports sponsorship inventory. We’ve been able to replicate that approach now across about 70 or so rights holders. The IMG relationship and the different properties within is an incredible partnership for us.

You recently closed a big funding round, so how are you how are you looking to develop with that as an organisation?

I think really to just double down on what we’ve identified as a repeatable process, so identifying new sports and fandoms that maybe are a little bit more nascent for us today or that we haven’t covered as aggressively.

You started in 2017 so it’s still a young company, you’re three years into the process now, where do you hope to be in three years’ time?

We have an eye for this idea of continued category expansion, maximising the number of media brands within our overall portfolio. With that I think comes more aggressive international play, really trying to expand more and more into regions of the world where sport is equally as important as North America and the United States.

“Top of mind for us is sports betting, particularly with legalisation coming in more and more states across the US, and how that then sits at the convergence of social and digital media”

We’re definitely thinking heavily about that and then I think you have these other opportunities around the sports and entertainment industry at large. Certainly top of mind for us is sports betting, particularly with legalisation coming in more and more states across the US, and how that then sits at the convergence of social and digital media, and publishers like us would seemingly play a big role in the development of that entire market and industry.

If you bundle it all together, I think we’ve always had this vision to build a more holistic sports and entertainment enterprise, of which digital media happens to be a core part of that, if not still the core competency of the overall business, but then having opportunities to both develop, or even acquire assets that allow you to move into more tangential areas of the space.

If you had one final key takeaway, what would you say is kind of the biggest thing you’ve learned from the first three years?

Keep it simple. That’s something I continue to stress and harp on over and over again.

The beauty in our business really does lie in the simplicity. What we’ve always meant by that more specifically is that sports has always been incredibly popular, it’s always been entertainment and viewed as escapism. An opportunity to bring people joy, to teach them something, to motivate them or to inspire them.

“Keep it simple. That’s something I continue to stress and harp on over and over again.”

You go back even just in the last 100 years and look at the evolution of the industry and, like any industry, there’s always going to be these paradigm shifts that happen generation to generation. But the same kind of underlying truth still exists, sports fans young and old have always loved sports and have always consumed sports programming. Today we’re just in the midst of one of those shifts of sorts.

That I think maybe created a bit of this misconception that fandom is down, when in fact it just moves to a new medium no different from print to radio, radio to TV and TV to.com. This is just that next iteration of it, so I think a key takeaway is just urging folks to keep it simple.