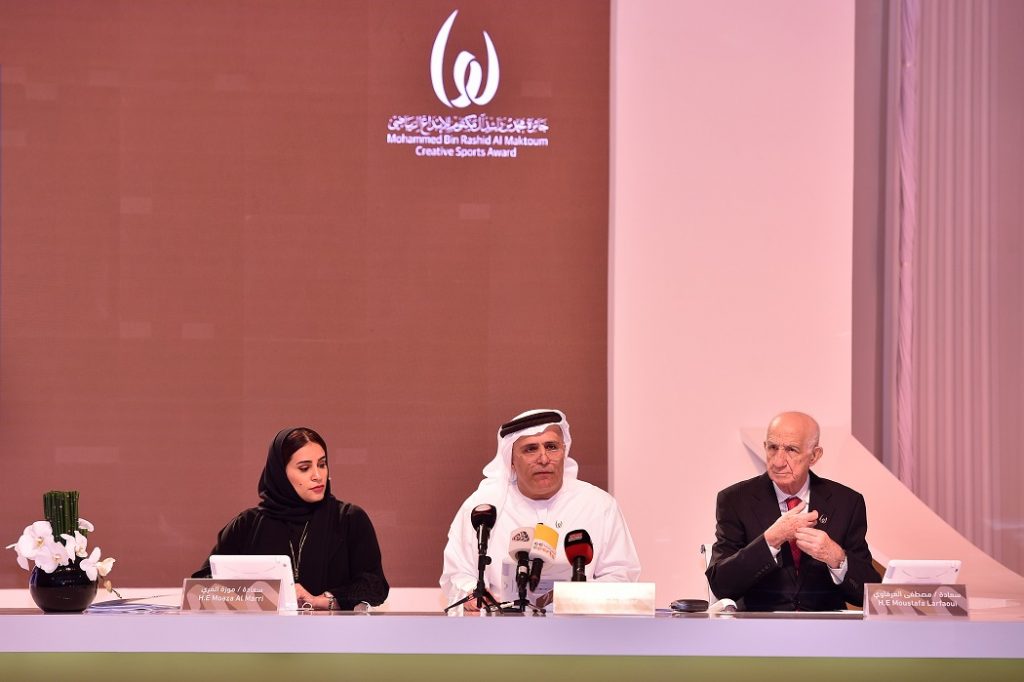 Moaza Al Marri, Secretary General of the Award, Mustapha Larfaoui, Member of the Award’s Board of Trustees and Chairman of the Jury Committee, were also present on the occasion.

Sheikh Nahyan was bestowed the honour for his contributions as Chairman of the General Authority of Youth and Sports Welfare, while Princess Rima – Deputy President of the Sports Authority for Planning & Development and the first female to head a Saudi Sports Federation, has picked up the award for her contributions in founding and regulating women’s sport in Saudi Arabia by introducing sports among girls at public schools.

Omar Abdul Rahman, the UAE and Al Ain Football Superstar who was named AFC Player of the Year for 2016, has picked up the UAE Outstanding Athlete Award, while Egytian squash player Nour Atef El Sherbini, the Women’s World No1 who has won back-to-back World Open titles in 2015 and 2016, has been named the Arab Outstanding Athlete.

The 9th Edition of the Awards considered the sporting achievements of individuals, teams and organisations during the period September 20, 2016 to August 31, 2017 and all the winners will be honoured at a glittering Awarding Ceremony on January 10, 2018.

“Thanks to the generous care and efforts of the Board of Trustees and employees of the award, and the efforts of local and Arab media organisations in supporting the work of the Award and the distribution of its message, the 9th Edition 2017 of the Award has grown significantly in terms of numbers and the quality of entries.

“Although the qualifying period for the 9th Edition 2017 of the Awards – which was from September 20, 2016 to August 31, 2017 – did not witness any Olympic Games and there were few major international events during this period, there was a significant increase in the number of entries – we received 297 entries for this edition, which is 99 more than what we received for the 8th Edition of the Awards (198), a jump of 50 per cent.

Empowerment of Women, as decreed by His Highness Sheikh Mohammed Bin Rashid Al Maktoum, Vice President and Prime Minister of the UAE and Ruler of Dubai, was one of the principal focus of the 9th Edition 2017 of the MBR Creative Sports Award and Al Tayer was pleased to see the presence of a number of women, like Princess Rima and El Sherbini, in the winners’ list.

“I am also very pleased to see a strong presence of women on the list of competitors for the 9th Edition of the Mohammed Bin Rashid Al Maktoum Creative Sports Award,” Al Tayer said. “This year, Empowerment of Women was the criteria for judging the best local and international organisations, and that confirms the status of women’s sport in the awards and our positive interaction with them.”