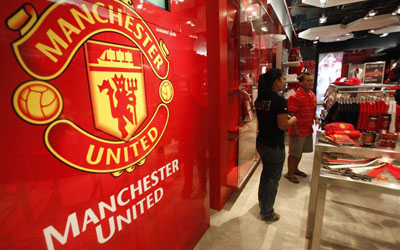 Manchester United has announced a revenue fall of 9.9% to £88.7m for the first quarter of this financial year ending September 30.

The failure to qualify for this season’s UEFA Champions League is a major factor, with the club losing out on payments from kit suppliers Nike as a result of this.

The fall in revenue could have been worse for the Old Trafford club but it was partially compensated for by an increase in sponsorship and a lower wage bill.

Chief Executive Ed Woodward admitted that the loss in income reflects an absence from the Champions League.

He said: “While we recognise that the 2014-15 fiscal year financial results will reflect our absence from the Champions League, we signed the largest kit sponsorship deal in the history of sport in the first quarter and, with that concluded, we are excited to focus our efforts on the meaningful growth opportunities in sponsorship, digital media and retail and merchandising.”

Revenues from broadcasting and matchdays also took a hit as they count the cost of missing out on Europe’s elite club competition for the first time in twenty years.