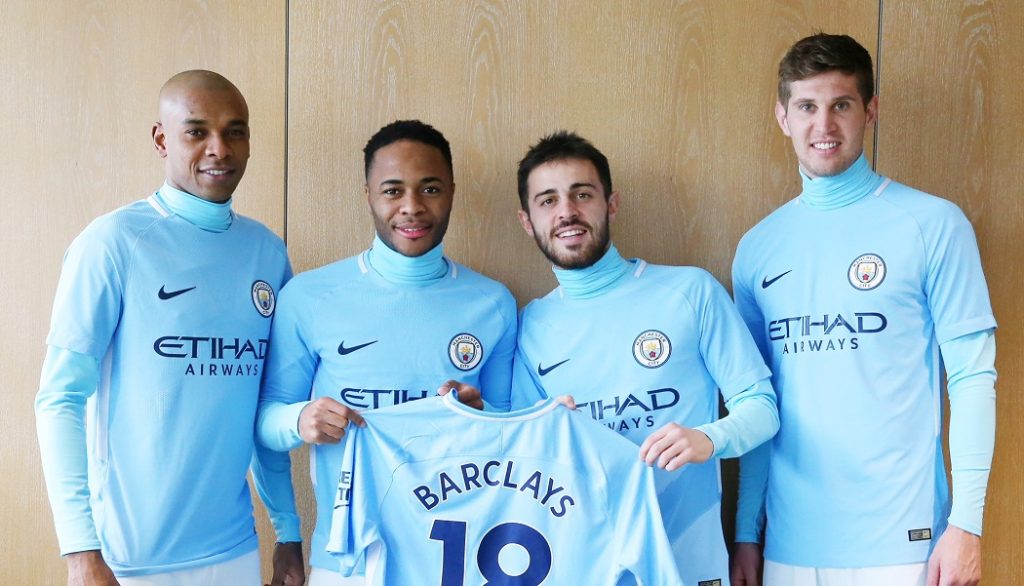 As part of the partnership, Barclays logo will feature on the back of the team’s playing shirt during City’s pre-season matches in the United States this summer.

Ahead of the tour, Barclays will launch exciting Manchester City promotions and competitions to celebrate the Club’s upcoming visit to the United States. Barclays will host a series of football themed events for its customers in the cities that the City team will visit. Barclays branding will also appear on interview backdrops during pre-season player and manager interviews.

Barclays has a long-standing presence in football sponsorship, having been a partner of the English Premier League since 2001.

Damian Willoughby, Senior Vice President of Partnerships at City Football Group, said: “We are delighted to announce this partnership with Barclays and welcome such a prestigious organisation to the City family. Barclays has a rich pedigree in sports sponsorship and will be a fitting partner to extend our activities in the growing United States football market.

“Barclays has a proud history of creating exciting content and activations that bring fans to the heart of the game, something that will help us to engage with our supporters in the United States whilst the team is visiting this summer. We look forward to kicking off this partnership over the coming weeks.”

Tom Corbett, Barclays Group Head of Sponsorships and Media, said: “Manchester City have taken the Premier League by storm this season and the chance to sponsor their summer tour in our second home market of the USA is a fantastic opportunity.

“As the City Football Group expand in the US, where they already own the New York City franchise in Major League Soccer, they will become one of the most sought-after sports groups with a transatlantic presence. The tour will allow us to deliver top events and hospitality for clients, to secure better visibility for the Barclays brand, and to engage our colleagues with one of the best teams in the Premier League.”