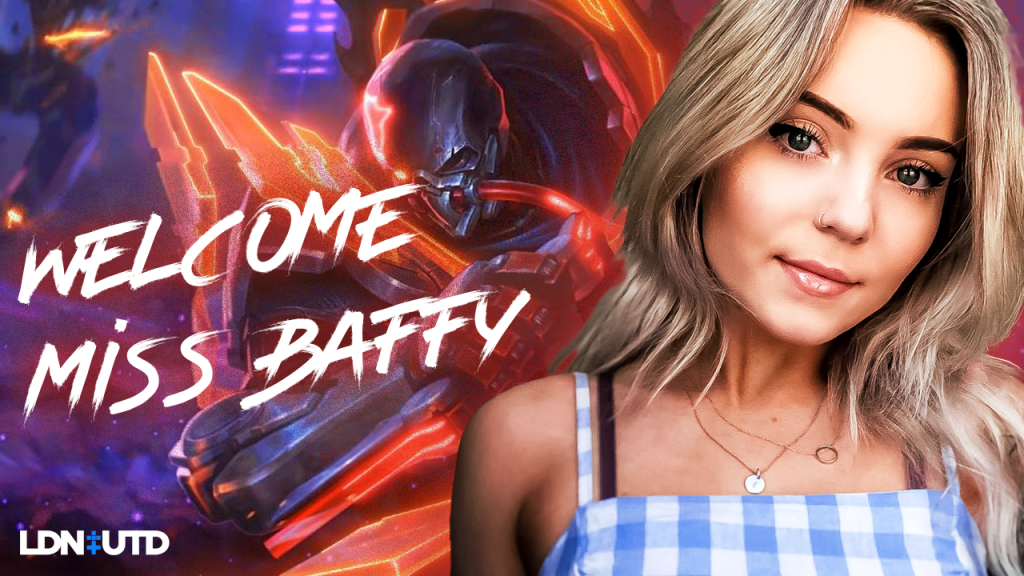 LDN UTD  has today announced that Ella “Miss Baffy” Skinner has joined the LDN UTD family. Baffy is renowned as one of the largest UK League of Legends content creators with over 140k following across social media. Baffy joins LDN UTD as a content creator to grow her brand and work with LDN UTD on raising awareness around LDN UTD and its purpose driven values, alongside the development of talent in the UK grassroots community.

Baffy is not one to shy away from stating her point of view, and will also be a focal point for educational and informative content and conversation relating to being a marginalised gender in the sector, and how to deal with day to day toxicity, with a view to making a difference. This will support ongoing LDN UTD initiatives working with outreach partners including Action Breaks Silence, Shadow To Shine, Rio Ferdinand Foundation and later in the year NSPCC.

Oliver Weingarten, CEO of LDN UTD said, “We’re excited to partner with Baffy. She has long been one of the most recognisable names, voices and faces within the UK League of Legends scene, as well as a strong voice of representation for women in the sector.”

Ella “Miss Baffy” Skinner said, “I am really excited to join LDN UTD. We both align on the same goals, and the support network to grow as a creator and ensure my voice is heard, is invaluable. An understanding of my direction and goals has always been important, and in LDN UTD I’m confident that I have found the right partner, to grow, and also continue to ensure LDN UTD’s messaging is heard”.