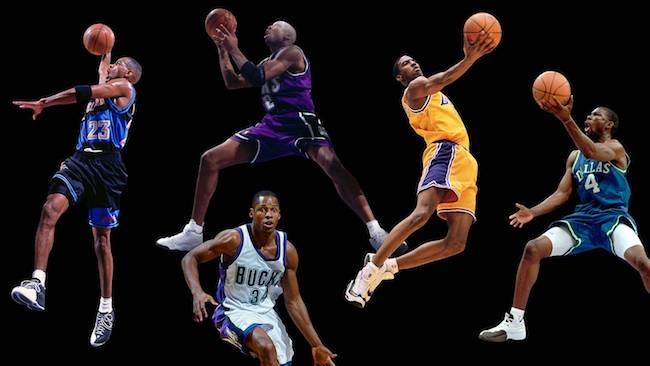 In early November, a ‘sports idol’ appeared on the official weibo of the Jordan Brand. Oddly, it was not the spokesman Russell Westbrook or Carmelo Anthony. Instead, a rather unfamiliar face showed up; a young Chinese man named Su Hanwei. He’s better known as Xiye – a genius esports player.

As a member of the esports team, WE, Xiye is the hottest icon in China at this moment in time. He recently beat Rookie and earned the most mid lane votes in the All-star vote of LPL division.

Jordan Brand later confirmed to Lanxiong that the appearance was not a sponsorship or an endorsement. It was just a one-time collaboration.

Jordan Brand hasn’t disclosed further plans for esports. But still this move shows that the 20-year-old sportswear brand, best-known for its bond with Michael Jordan – God of Basketball – is now focusing on more popular sports and the young consumers involved in them.

Since being separated as an individual brand in 1997, Jordan Brand has always been a combination of sports and pop-culture. Although non-athletes like to wear Air-Jordans to complete their outfit rather than show up at the basketball court, the core of Jordan Brand hasn’t changed over years, which is to bring elite products, especially basketball gear, to athletes, proved by their roster of athlete endorsers.

However, the collaboration with young esports gamers suggests Jordan Brand’s intention is to seek a change.

Fierce market competition has made the change necessary. According to analysis firm NPD Group, during the first eight months in 2017, Jordan Brand’s market share in America rose slightly from 9.4% to 9.5, while German sportswear brand Adidas grew from 6.6% to 11.3%.

Jordan Brand’s parent company, Nike, still owns 35% of the American sneakers market, but Jordan was overthrown by Adidas and slid to the third place.

It took Jordan Brand 13 years to transform from a pair of Air-Jordan sneakers in 1984 to an individual brand in 1997, which was phenomenal news back then. No other brand could be endowed with such fame and popularity.

Jordan Brand’s biggest advantage lies in its outstanding products, which has been a legacy since the first edition of Air Jordan.

READ MORE: The rise of esports – traditional sports must learn from new kid on the block

“I always felt like Jordan was its own brand, and I approached it that way,” said iconic Nike shoe designer Tinker Hatfield, who believed the move that catapulted Jordan into its own stratosphere of the sportswear industry was long overdue.

“Jordan’s shoes were as advanced as possible for the best player in the world, but also were a little more sophisticated and with… nicer materials,” continued Hatfield, who has crafted some of Jordan’s most legendary shoes, starting with the Air Jordan 3s that dropped in 1988.

Chinese sneaker culture edition Xu Fei told Lanxiong Sports that the 1990s was the golden age for the shoe design business. Many products made then were consecrated by sneakerheads.

Xu Fei said: “Air Jordans from that period were not only of best craftsmanship in basketball shoes, but a perfect integration of basketball culture and Jordan’s spirit.
Michael Jordan’s own charm also laid the foundation for the brand in the mass market.

Eddie Jones, player of Los Angeles Lakers in 1997, was to choose a new shoe sponsor from Adidas, Reebok, Puma and FILA. But, after a phone call from Jordan himself, Jones made a quick decision to Join the Jordan family. Jones said that when the greater basketball player wanted you in, you could only say yes.

At first, it was the NBA that brought Air Jordan attention and spotlight. To some extent, this brand used hunger marketing right from the beginning. Michael Finley, who was among the first players signed to Jordan Brand, recalled that back then the only way to get a pair of Jordan Brand shoes was to ask the Jordan-affiliated players. Finley remembered even the referees would take a look at his shoes.

Hua Ye, a Chinese sportswear analyst also believed that Jordan shoes in the early period were superior in terms of quality, design and performance.

But with the changing of the times, peoples’ impression of an ‘idol’ is also changing. Now a sports brand can team up with a not-so-athletic young star, but can they create the buzz like star athletes do? Is a star, who can’t jump or run as professionals do, a good poster boy for a sports brand?

The Jordan football squad puts #RE2PECT above all. pic.twitter.com/GVhmXRDP5a

Sports are having crossover interaction with other walks of culture and this is challenging Jordan Brand’s core values.

America is not the only market that has seen the decline of Jordan Brand. Xu Fei and Hua Yejun both confirmed that Jordan’s products were in weaker demand than before.

In days gone by, people would usually fight for a pair of Jordan shoes, but now it costs them less money and time to buy Air Jordan. Hua Ye said: “The recently released AJ 13 shoes were a fine pair of shoes to me, but they are already offered as discounted in China and America, with the Chinese retail price ¥1100 (#123). In the past, this price would be unimaginable.”

Jordan Brand’s two biggest advantages are losing their power. Firstly, the young generation are becoming the biggest customer group, and most of them didn’t get to watch Michael Jordan’s games, neither did they build any kind of emotional bond with the 55-year-old basketball legend.

The other problem is that Jordan Brand was born as a basketball brand, but basketball shoes are currently less appealing to consumers. Now they want retro or leisure sneakers like Yeezy and Sketchers.

According to Sketch’s financial report in the third quarter of 2017, its revenue grew 16.2%, net income increased 41.8% and – more importantly – its global wholesale revenue rose 25.7% and the Chinese market grew by 50%.

Jordan is not the only company that can’t sell basketball shoes, its rival Adidas shares the same problem. According to Xu Fei Adidas’s Boost collection is mostly well accepted, with the exception of basketball shoes. And Adidas is thinking of cutting down its investment of boost material on basketball next year.

Compared with Nike, Adidas and other sports brands, Jordan Brand has a dominant reputation in basketball gear, which in return can be its shackles. Although some die-hard fans would still be loyal to Jordan, the brand has had a hard time trying to penetrate into other territories.

To change the situation, Nike and Jordan Brand both decided to launch more retro shoes, which was later widely criticised. With Air Jordan flooding onto the shelves, the esteem it built up over years is falling apart. For the young people, Jordan shoes are no longer the synonym of ‘cool’ and ‘fashionable’ anymore.

Collaboration between sports brands and pop stars are more frequently recently, the most successful case being the Yeezy collection coming jointly from Kanye West and Adidas. Josh Luber, CEO of StockX, believes that Kanye West is the ‘Air Jordan’ now, when everything of him speaks ‘cool’.

In fact, when Kanye left Nike for Adidas in 2013, Jordan signed with another rap star Drake. During the same period of time, Kanye introduced almost 20 editions of new Yeezy shoes, while Drake and Jordan didn’t break double digits and the splash they made was tiny.

Whether it’s with esports stars or famous rappers, Jordan Brand is making an effort to bring back the young consumers. Being cool is probably the only way for Jordan to reclaim its territory. And sometimes, they need to take a step back to move forward.

“I would put the emphasis back on retro in a major way, but it means they’re going to do less business,” said Matt Powell. “If they’re putting less product in the market place, sales will go down. They’ve got to take a step back before they take a step forward.”