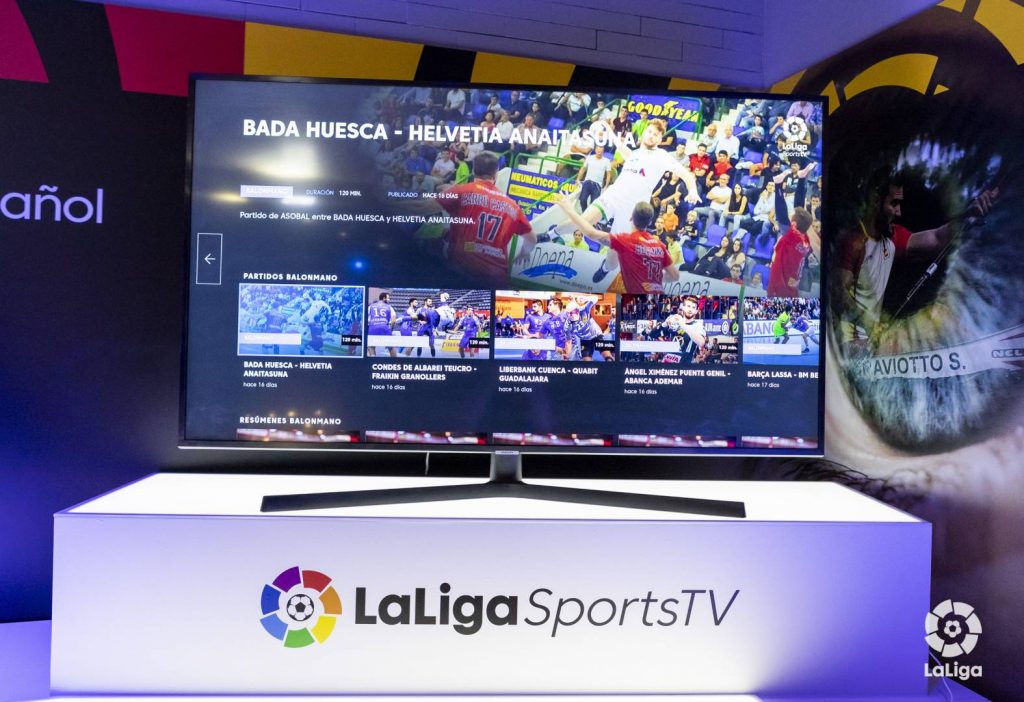 Premier Sports and LaLiga have today announced a historic agreement that will see every game from Spanish top-flight LaLiga Santander broadcast in the UK and Ireland via multiple platforms through the conclusion of the 2021/22 season. LaLiga will become the first football league to have a 24/7 dedicated channel in the UK and Ireland carrying all live games via all major TV platforms.

Additionally, from next week the free-to-air channel FreeSports will broadcast select match content as well as the LaLiga Highlights Show, a weekly program covering the highlights of every match following each round of fixtures, including each week’s best goal, best save and best player.

LaLigaTV is a 24/7 English-language channel that carries every live game from LaLiga Santander alongside hours of top-class weekly programming including LaLiga World, VIVA LaLiga and The LaLiga Show.

In addition to residential TV customers benefitting from this ground-breaking partnership, Premier Sports commercial venue customers will be able to show LaLiga via their Sky TV box or through Premier Sports’ soon-to-be-launched enterprise streaming solution provided by Screach, meaning bars across the UK can bring viewers all the big matches from around Europe every weekend.

Javier Tebas, LaLiga President said: “LaLiga is enjoyed across the globe, with an especially passionate fanbase in the UK and Ireland. Through our long-term partnership with Premier Sports, we’re happy to give fans of Spanish football a chance to enjoy LaLiga’s world-class content in a variety of formats, including via OTT and Premier Sports’ linear TV offering, as well as our own dedicated English-language channel, LaLigaTV. We trust that football fans across both these territories will enjoy unprecedented access to the best league in the world.”

Richard Sweeney, CEO of Premier Sports commented, “We are thrilled to be announcing this truly unique and game-changing agreement with LaLiga that signals the beginning of an exciting new chapter for Spanish football in the UK. We are extremely proud to be partnering with LaLiga to begin broadcasting the world’s greatest league to UK and Ireland viewers on Premier Sports and via the soon to be launched LaLigaTV channel.”