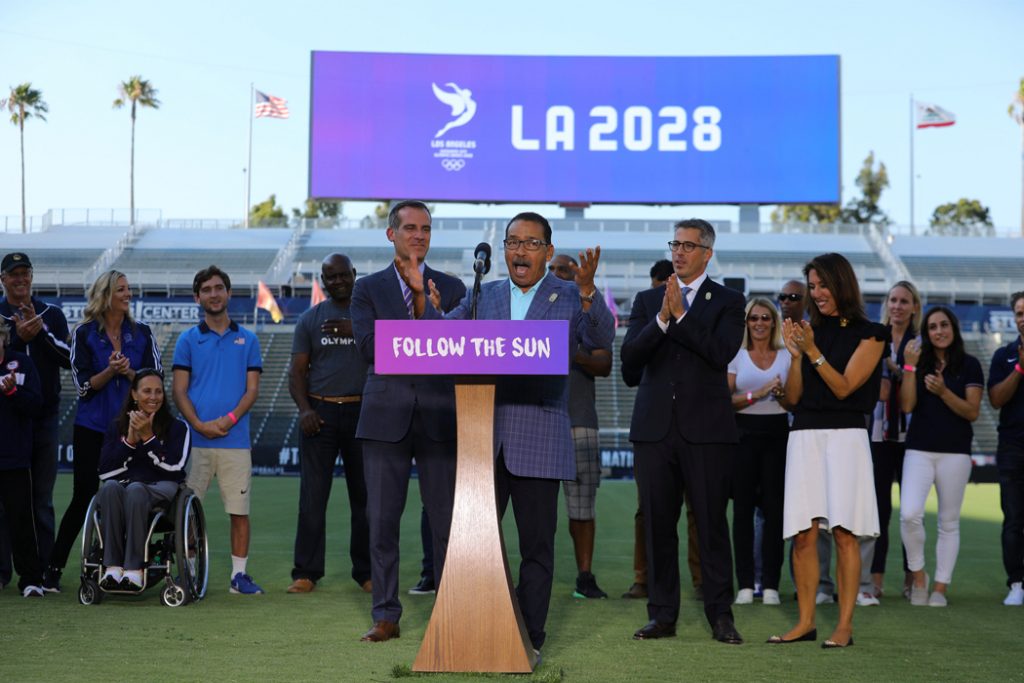 The price tag on the Los Angeles 2028 Olympics is now $6.88 billion, a $1.36 billion increase that comes mainly because of accounting measures designed to better reflect inflation over the long lead-up to those games.

Most key numbers the organizing committee released Tuesday are essentially the same as those in the original bid documents, only adjusted from 2016 dollars to reflect the real value of the dollars at the time they’ll be received or spent — mainly in the later part of the 2020s.

That includes the cost of venue infrastructure (increase from $1.19 billion to $1.46 billion) and the contingency fund being guaranteed by the city and state ($487 million to $615 million).

The budget projects $2.51 billion in domestic sponsorship revenue — a lofty goal that organizers hope to reach with help of a new arrangement with NBC Universal that will pair advertising on the network’s platforms with sponsorship of the U.S. team.

If LA runs the games without any cost overruns, it will become the first host since at least 1984 — also a year that LA hosted — to do so.

Next year’s Olympics in Tokyo originally were budgeted at $7.3 billion but are now expected to run $12.6 billion.

Los Angeles initially projected a $5.3 billion budget for its original bid for the 2024 Games. But when the IOC awarded the 2024 Games to Paris and the 2028 Games to Los Angeles at the same time, part of the agreement was that LA would reveal a revised budget, for 2028 instead of 2024, in the first quarter of this year.

The revised budget does contain a 3 percent increase, $160 million of which is targeted toward youth sports throughout the city, and the rest earmarked to keep the organizing committee running during a lifespan that will run four years longer than initially anticipated.

The city of Los Angeles and state of California originally were projected to guarantee $250 million each for the contingency fund — with LA on the hook for the first $250 million, then the state for the rest. Those figures have been adjusted to $270 million apiece; the organizing committee has repeatedly said it doesn’t expect to need that backup.

Los Angeles is planning to host the games without building stadiums or arenas and by using infrastructure already in place or planned.

Part of the new budget includes $200 million in projected new cash from top IOC sponsors that would come in addition to $437 million already budgeted.

By agreeing to host an Olympics on an 11-year timeline instead of the usual seven years, LA cut different marketing deals with both the IOC and the U.S. Olympic Committee.