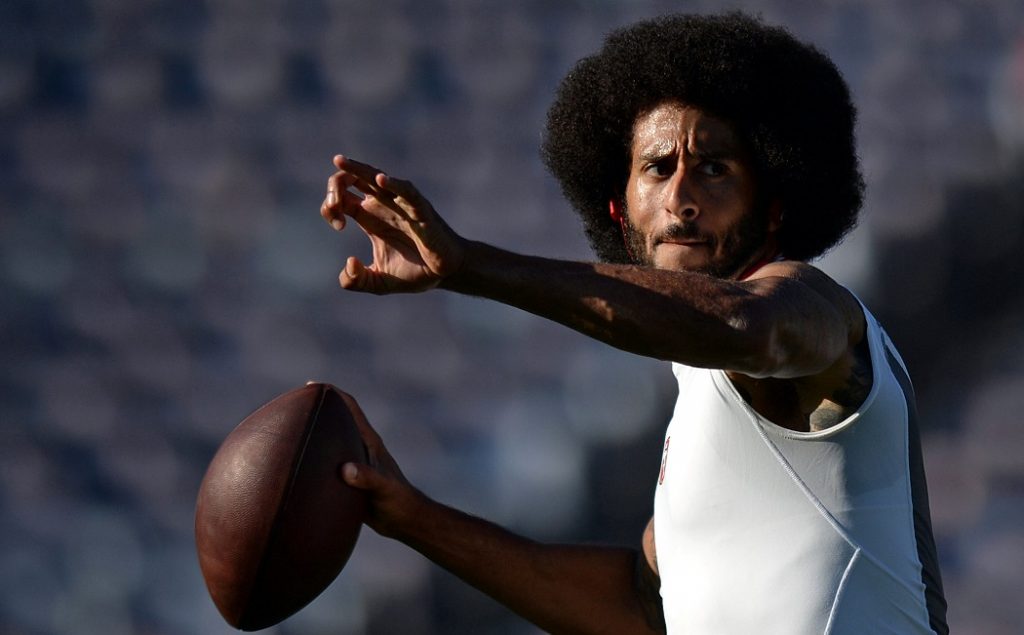 Kaepernick Makes Silent Peace With NFL – And Wants To Play

Controversial quarterback Colin Kaepernick and his former teammate Eric Reid have reached a legal settlement with the NFL, which they had accused of colluding to keep them out of the league.

Kaepernick, 31, who played for the San Francisco 49ers and took them to the Super Bowl after the 2012 season, has not played in the NFL since the 2016 season, when he began kneeling during “The Star-Spangled Banner” to protest police shootings of black men.

In a joint statement issued on Friday, the NFL and the players’ lawyers said that “the parties have decided to resolve the pending grievances” and that “there will be no further comment.”

Kaepernick filed a grievance under the league’s collective bargaining agreement in October 2017, months after failing to find a job, and his lawyers have been gathering evidence and testimony from owners and league executives to take to arbitration.

The new deal cuts off that process and the confidentiality agreement means that it will not be known whether the league admitted if there was any collusion.

After protesting while playing for the 49ers, Reid, 27, also went unsigned for a period before playing most of last season for the Carolina Panthers and he has now signed a new three-year deal with the team.

Kaepernick’s lawyer, Mark Geragos, said the quarterback “absolutely wants to play” and that he continues to stay in shape and is game fit.