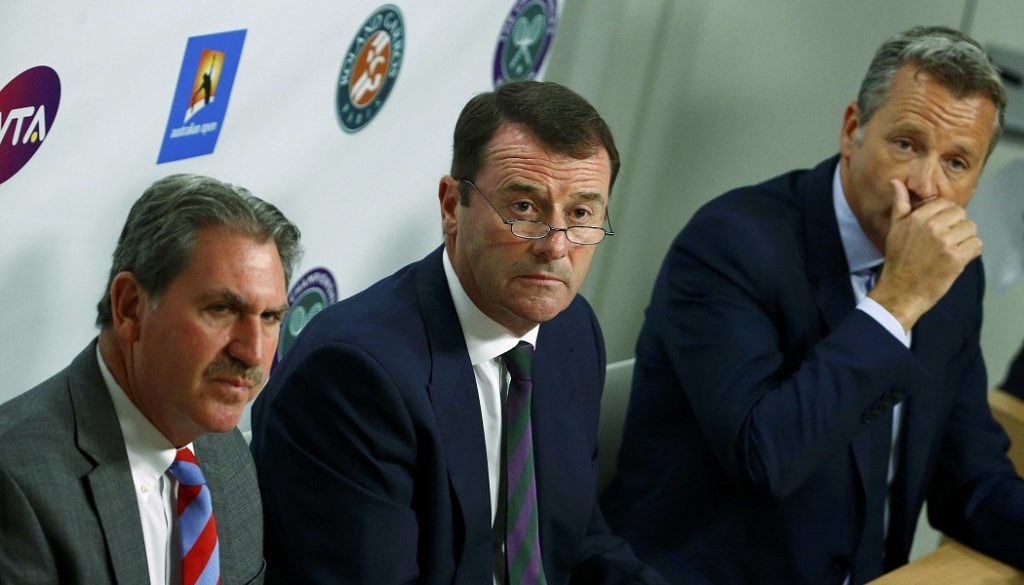 The International Tennis Federation (ITF) has announced a $3 billion partnership with investment group Kosmos with the aim to transform Davis Cup by BNP Paribas and generate substantial revenues for global tennis development.

The ITF Board of Directors unanimously endorsed a proposal to create a major new annual season-ending World Cup of Tennis Finals that will crown the Davis Cup champions. Featuring 18 nations and played over one week in a world-class location in November, the event will be staged by Kosmos in partnership with the ITF.

Gerard Pique, the Spain and FC Barcelona football star, is the founder and President of Kosmos. The group is backed by Hiroshi Mikitani, the Chairman and CEO of Rakuten, the Tokyo-based e-commerce company.

The investment from Kosmos will include significant increases in prize money for players and ITF member nations, and the funding of grass roots projects and other tennis development programmes.

The proposal is subject to further development, and the successful completion of due diligence and finalisation of a formal agreement.

ITF President David Haggerty said: “This is a complete game-changer for the ITF and for tennis. Our Board has supported a bold and ambitious plan for the future of Davis Cup by BNP Paribas, one of the sport’s most cherished and important events and a key cornerstone in our ITF2024 strategy.

“Our vision is to create a major season-ending finale that will be a festival of tennis and entertainment, featuring the world’s greatest players representing their nations to decide the Davis Cup champions.

“This new partnership will not only create a true World Cup of Tennis, but will also unlock record levels of new investment for future generations of tennis players and fans around the world.”

Several world-class cities have already expressed interest in hosting the new event, and the ITF and Kosmos will continue discussions with a view to launching the Finals in 2019.

The plans will be submitted to the ITF Annual General Meeting, to be held in August in Orlando, Florida. A two-thirds majority will be required for final approval.

Gerard Pique said: “Kosmos is thrilled to join in this exciting partnership with the ITF. Together we can elevate Davis Cup by BNP Paribas to new heights by putting on a must-see World Cup of Tennis Finals featuring the top nations and top players. Kosmos will also invest $3 billion over 25 years into tennis that will help develop the game worldwide.”

Under the plans, the World Cup of Tennis Finals will be played over seven days in November in the traditional week of the Davis Cup Final. The Finals will feature a round-robin format followed by a quarterfinal knockout stage. Each tie will consist of two singles and one doubles over best-of-three sets. The 16 World Group nations will automatically qualify for the Finals, and a further two nations will be selected.

There will also be a play-off round held during the Finals which will include the eight nations that qualify from the Zone Group I events. The eight play-off winners will earn a place in the following year’s Finals.