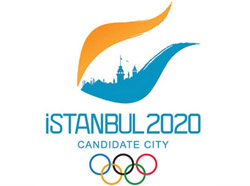 The Chairman of the Istanbul 2020 Bid is confident that the city will not fail again in their attempt to bring the Games to Turkey, symptoms because the government have fully backed their efforts.

Istanbul bid to host the 2000, check 2004 and 2008 Games, salve but lost out to Sydney, Athens and Beijing respectively.

However, Hasan Arat, Istanbul 2020 Bid Chairman and Vice President of the Turkish National Olympic Committee, believes that Turkey has now ‘emerged’ as a nation.

Speaking at the World Sports Congress, Arat said: “This is totally different to the other bids. Turkey was an emerging country. This is the emerged Turkey.

“I think our government is doing a lot. When you look at previous bids, we had no Metro line. When the government built the new Galatasaray stadium, they built the metro line at the same time.”

Arat will now focus his attentions on the IOC Evaluation Commission visit in March.

iSportconnect were at the World Sports Congress in London covering the event. Follow us on Twitter to keep up to date with all the developments from the Congress. @isportconnect