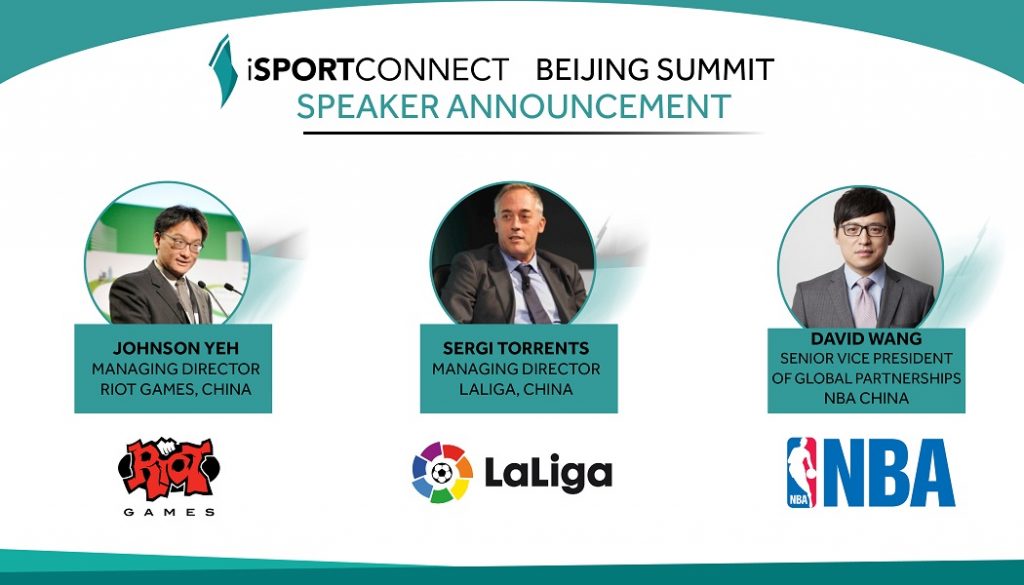 iSportconnect is delighted to announce that three additional guest speakers have been added to the Beijing Summit line-up which is taking place on March 26-27th at the iconic National Aquatic Centre in the Olympic Park, Beijing.

Sergi has worked in China for over 12 years across varying sports including Football, Basketball and Motor Sports. Prior to LaLiga, Sergi was the chief executive officer of 11Group.

Johnson has held positions at Fidelity Investments and McKinsey & Company, he later went on to work for the World Economic Forum in Geneva. Now currently the Managing Director of Riot Games’ China, Johnson focuses on  building China’s business team.

David oversees many key areas of NBA China’s business, including Global Partnerships, Media Sales, Merchandise Licensing, E-Commerce and Interactive Gaming. An expert in sports marketing and licensing in the China market, David has nearly 15 years of experience developing and managing sports brands. Prior to working at the NBA, David held a key management role in the Organizing Committee for the Beijing Olympic Games.

∙ No agencies or press in attendance and as we follow Chatham House Rules, all panel discussions will remain confidential.